How come i7 6950x works with registered memory?

Hi. For a few years I’ve been using a Broadwell Xeon 1650 v4 with an x99 motherboard. Combined with Registered DIMMs (KVR21R15D4/32) I was able to build a 256 GB RAM workstation in 2016.
Up till now I was 100% sure that none of the “consumer” marketed CPUs work with REG memory. So it baffled me when I’ve put i7-6950x into this box: it POSTs, boots and works seemingly stable. I couldn’t find any relevant information on this topic, nor other confirmations of such setups.

The main questions are:

Was that one of the rushed CPUs where they just rebranded xeons and switched off a few features then sold them cheaper to consumers.

I think there is an i3 and maybe a pentium as well with ecc support.

Edit: interestingly the Ark says no ecc support for the 6950x.

is it safe to assume that Skylake-X might behave the same, i.e. that 9900x will work with Registered memory like Xeon W?

I don’t know off hand. Intel lineups are a total crapshoot unless you read every page of the ark. They have segmented and turned on and off features in ever linule up, sub lineup, refresh, rebrand and so on. Intel just want to make as many segments so they can sell to as many different people with very minor but essential differences for various workloads.

Just to clarify, the confusion is not about ECC - it’s advertised as not supported, and it isn’t. Question is specifically about Registered modules (with or without error correction, doesn’t matter)

Very interesting.
I’m not aware of other i7s for that platform also being able to run with Reg ECC ram. Though i don’t have one either to try.

But yea, intel does seem to bodge a lot of things together.

Maybe it is booting, but not using the ECC capability.
Check here- 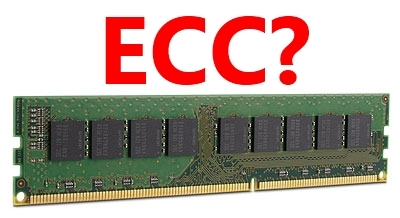 How to Check ECC RAM Functionality

ECC (error-correcting code) RAM is essential in servers and many workstations as it dramatically improves the reliability of the system's memory. This is great, but we have learned that it is very difficult to verify that ECC is working correctly. In...


Some Ryzen does this too. Bootable, but ECC isn’t functional.
1 Like