2.4GHz in my home is pretty bad. Really bad, actually. My house isn't that big, but I live in a building with a few other units, there is a small apartment building nextdoor, and some nearby housing on fairly small plots of land. If I scan, I can see 20-30 other wireless networks, of which, only about 5 are on 5GHz.

I need help finding a way to fix this. Just a few feet away I lose half my bandwidth. In my kitchen, I can pull 50-75Mbps, while one room over, it fluctuates wildly from 5-30Mb. I tried experimenting with different antennae, power output at the router (dd-wrt), and trying my damnedest to find the least used frequencies. Placement is nearly as good as it can get, for now. The router is semi-centrally located, and running more ethernet is more than a little difficult, due to the construction & age of the house (several additions, so some newer rooms have no cabling/power at all and have exterior walls) and the fact that there are other units.

Is there something else I can do (with me brains) to aid the situation? Like flooding the air with deauth packets on all channels except one so that all the neighbors' routers go there? It looks like half of them are using default SSIDs, so I'm guessing they all use auto channel configs, in which case, I assume they'd all spread back out when the deauths stop. Anyway, that kinda thing is what I'm thinking. I need ideas.

what channels are occupied is the main question.

All of them. I picked the one with the least number of other networks, but it's still bad.

I need some trickery.

if keep your power at 50db or below you can legally use channels 12 and 13. might require something like dd-wrt though since it is not commonly supported on most devices.

Ah, really? I did not realize they were legal in the US? I will check into that, though I'm not sure all my devices will support it (50% Apple stuffs).

It's also worth noting that while I have a 5GHz network, it struggles with penetration, due to the exterior wall problem I described above. In fact, the entire exterior of the house is covered in asbestos tiles, including one (now) interior wall.

It's all kinda "whatever' here. Renter's woes...

Uh is your Wi-Fi the junk provided by the isp? I use a different router as a wireless AP

Nope. A TP-Link one I picked up that is more than sufficient for the task. I put dd-wrt on it.

I think the best course of action would be to get another router capable of running dd-wrt and setup a wireless mesh network using the available 5GHz band as a back end in places where the 2.4GHz bandwidth drops.

Don't use overlapping channels. Always stick to 1,6 or 11. Use something like WiFi analyser to see what channels are being used by everyone else and pick one with no overlap. So if someone is using channel 3 for example then you have to use channel 11 as 1 and 6 will overlap with 3.

Overlapping channels cause interference which is bad, if you use the same channel as someone else it doesn't interfere, the two networks will share the channel and all the devices on both networks will sort it out amongst themselves which device can talk and when. It's not ideal but it's better than interference.

Also if you have external antennas try adjusting their orientation, 2.4 especially can have issues with devices on different polarity and having the antennas at different angles can make a huge difference.

How about flashing the router and using channels 12 and 13?

have you tried changing your channel bandwidth?

Probably tried it a couple of months ago 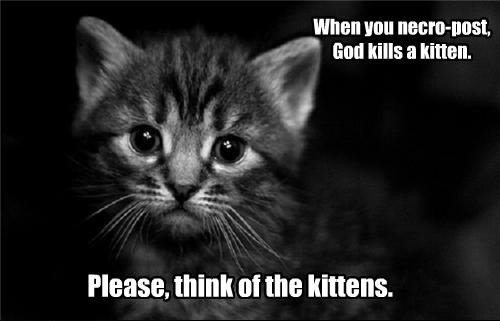 I added some access points. I have 3 now and previously didn't realize that client devices could switch among them automatically. I guess I thought that was some enterprise-level stuff.

At any rate, it works well enough, now. I still get a lot of drop off when in one room, but it's 30-40Mb now, whereas previously that room was 8-9Mb and would drop to 1 or lower at seemingly random intervals. For reference, I have a 75Mb connection to the Internet.

Yeah, it was either that or walk to every neighbor and tell them that because they're stupid and don't know how to set up a router properly they were ruining connection for you and others.