For just under $400 I can pick up a complete, working server(minus hard drives) in a tower chassis that has 8 hot swap drive bays. It's got a pair of Xeon e5506 CPUs with 12gb of RAM on a SuperMicro board. Does this make any sense for a home server/NAS? Planning to run Centos linux with BTRFS. Probably I'll pick up 4-6 refurbished 2TB Seagate drives in a RAID 5 or 6 as they can be had for around $50 each and with BTRFS I'll have an upgrade path down the road when I need larger drives.

Yeah makes since to me.

Seems like a good deal to me, power consumption may be an issue but if you don't care about that it will be nice.

that's probably a bad idea. refurbished seagates, especially in bulk are going to cost you when they fail. better to get almost anything else. i have had 4? seagates and all of them but one has died with a few months. the last surprisingly has made it almost 2 years but has been having problems for months. everyone i know who has used them has got bitten by them. they are cheap for a reason, and you shouldnt use them if you value the data you'll have on them.

that being said, if you dont value your time or your data and they have a really good warranty then go at it.

Any thoughts on referb Hitachi enterprise drives? Amazon has the 2TB ones for $50 each with a 1 year warranty.

Probably better than the Seagates anyway and the price per GB is less than the 3 and 4TB new drives.

Well just pulled the trigger on everything. Came in around $800 for the server, RAID card(LSI 9211-8i flashed into IT mode), and 6 drives. I'll try and post a build log in the appropriate section when I get everything in and start assembling it.

Has anyone used Rockstor? Looks pretty sweet, is based on Centos, and has BTRFS support out of the box. Trying to decide between it and a standard Centos install with a newer kernel.

Started a build log over in the other forum: 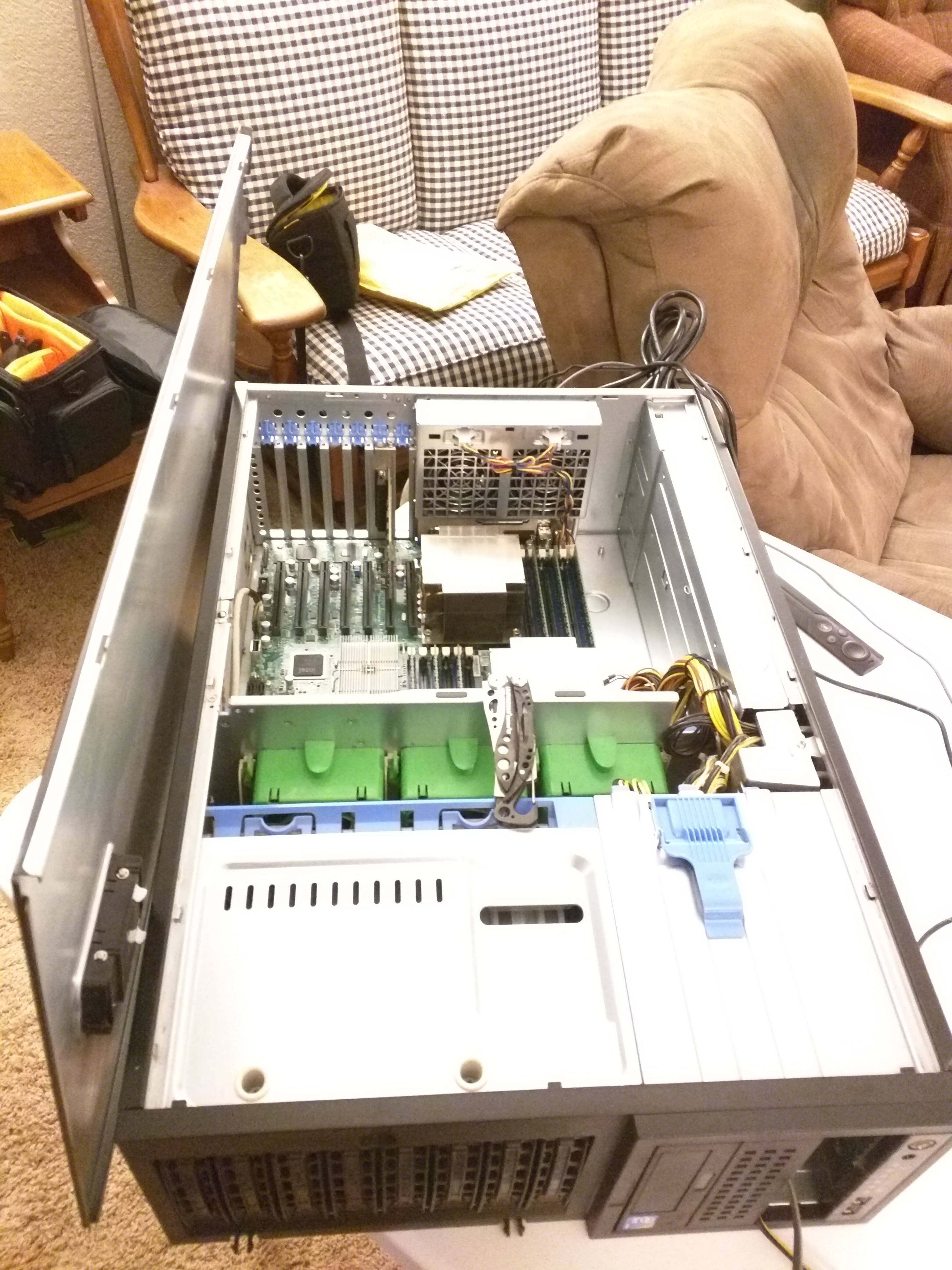