I am planning on to upgrade my server config and I would like some advice.

I have and am planning to add 4 more HDDs, however, I also want to change OS from Windows Server 2016 to FreeNAS or Ubuntu. I am looking at either another RAID10 array consisting of 8X 2TB HDDs or attempting to try ZFS. However, I am not sure how to implement ZFS with my RAID controller. The reason that I use the RAID controller is that the MOBO has 2 dead SATA ports. This home server, is for back-ups, media streaming (emby), and NVR functionality as a VM. I would like to keep the hardware acceleration of the nVidia 710 for emby.

So my questions are:

What do I gain with ZFS?
How would I configure the card so that I am able to take full advantage of my drives?
Will emby have hardware acceleration (NVENC) in FreeNAS?
Would I be better off implementing ZFS in Ubuntu?

I was considering raid 10 but recently ZFS. Its a drive pool, and allows you to add disks to increase the overall capacity without re-configuring a raid array. I think ZFS is software only and works like jbod so hopefully your raid controller will allow that.

Watch the Wendell and Allan Jude Interview for first question.
If you have and still asking question watch it again and then we will go over why.
I don't think from my quick research that the card you are using will work well with zfs. Get an LSI HBA and flash IT Firmware.
I don't think Freenas will have nvenc support but if you use ubuntu or fedora 25 than you should be alright.
ZFS on Fedora 25 is pretty straightforward. 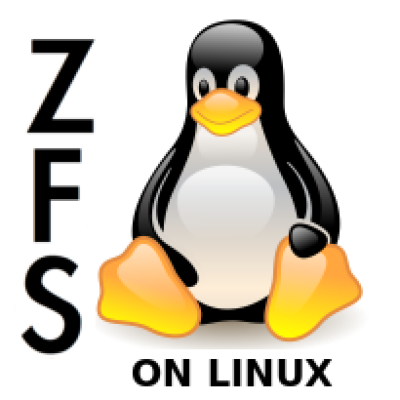 zfs - ZFS on Linux - the official OpenZFS implementation for Linux.

Raid cards bad with zfs. You want zfs to always have full uninterrupted access to disk

To be fair, LSI comes with its own share of problems too but it's probably the best alternative.

I don't think Freenas will have nvenc support but if you use ubuntu or fedora 25 than you should be alright.

You're correct, but for different reasons. FreeNAS may have NVENC support, but Emby would be running in a jail, so it would not be able to take advantage of it.

To be fair, LSI comes with its own share of problems too but it's probably the best alternative.

Once it's been flashed to IT, it just passes the individual disks through and doesn't play with the data. Any of the "problems" should be negated.

NVR functionality as a VM.

Second, you're probably a bit underpowered if you're trying to run VM's on a G3260T. Might be worth looking at ebay to see if there's a cheap i5 or so. I would dump the 710 for an i5 or i7 and add freenas. I'm using a E3-1230v3 and killing it with CPU only transcodes. I can hit 3x full 1080p transcodes simultaneously. No problem.

How would I configure the card so that I am able to take full advantage of my drives?

As was mentioned earlier, the best way to take full advantage of your cards is to set the controller in passthrough (JBOD) mode. Not sure if your card is capable of this, the Adaptec site is a bit ambiguous.

I don't know about current HBA's, but people used to rave on and on about the IBM M1015. It was basically a re-branded LSI card for half the price.

Will emby have hardware acceleration (NVENC) in FreeNAS?
Would I be better off implementing ZFS in Ubuntu?

ZFS will always be a bit better on BSD, in my opinion, but Ubuntu will do just fine for ZFS. Ubuntu will potentially allow you to keep the NVENC feature of the 710. I can't say for sure though, since Nvidia features like that are a bit finicky sometimes.

Dont forget you really should use ecc ram with zfs. It is possible to use non-ecc, but do yourself a favor and just don't. Elaborate info regarding ecc here

Maybe Ubuntu with a mdadm raid array will better suit your needs. Havent tried it personally in a production environment, but I hear good things. It could be something worth looking in to.