Hobby NAS with VM, here is my rough idea

Here is the component list I come up with: (those matters only, i.e. excludes things like case/PSU)

Looking for comments (especially if there is any serious mistake)
Thanks

You probably researched this, but allow me to post the link to Noctua’s excellent documentation about compatibility of their CPU coolers with other components, such as CPUs, motherboards, etc.
Here the compatibility list for the AMD Ryzen 9 5950X

You picked a cooler from the top of their list, but not the top item. The CPU will require all the cooling you can throw at it. If you have not yet considered the top cooler (highest NSPR value) from their list, take another look.

Edit: any CPU cooler to tame the 5950X is huge. Double-check compatibility with your case.

Thanks for your reply

I will use Fractal Design Define 7 (or XL variant, not decided yet)
Good enough for NH-D15 and definitely good for NH-U12A

These Kingston sticks are currently $60 cheaper for a pair than the kit you posted.

You’re probably correct, without ASRock ever coming out and saying it. I have one reply so far that either intentionally avoids or just overlooked my request about the ECC injection feature missing. The rep essentially advises me how to check that the OS sees the ECC. I sent a reply kindly reiterating the original question about the missing error…

Also this is worth a read, a friend linked me to this since I’m building a similar system to yours, I asked them if they were able to downgrade the bios to get the ECC error injection feature back but they haven’t responded to me yet. 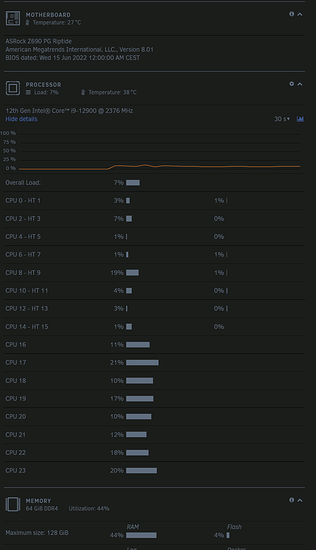 I’ve been avoiding Intel, I’m still skeptical about letting the CPU magically choose when something is less important. I know people had issues with heavy tasks being chosen for E cores early on, I haven’t heard much about it recently though.

i know what you mean but i do CPU pinning i assign a docker to specific Cores. No Intel Voodoo involved.

In windows for a “classic” workload you are right. There is Intel Voodoo involved. But even there you “could” assign Cores to a specific Task more or less and surely not practical and do not recomend. 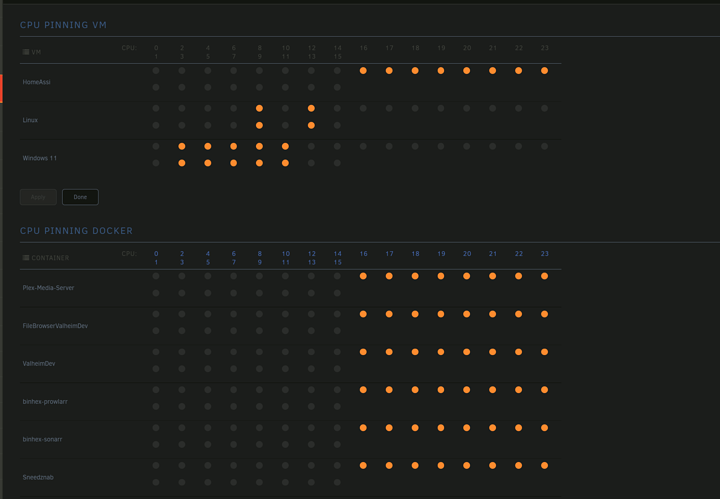 I will research a bit about the missing Error injection feature

Gotta watch out for this

Where to find used AMD EPYC processors? Build a PC

Considering IBM/Lenovo’s affliction for enabling the AMD PSB function on AMD cpu’s, there is no reason that the server line has not been hit as well, especially since there are articles in 2020 about it being a thing. PSB basically flips a non-reversible physical switch that is enabled via the BIOS. Once flipped, that CPU is locked to that vende…

But still an interesting idea, would research more

Yeah I was considering buying an older Threadripper since I saw some decent prices for them second hand. Turns out this is why they were at decent prices, they were vendor locked to Lenovo workstations.

a 75% reduction in cost for only having to pay attention to what the CPU came from? i dunno if i am unusually cheap or what but i can tell you that 100% of the time i will buy a used car that needs a bit of TLC over a brand new one.

I think I am gonna go for that

I setup some stuff today, can confirm that on the Taichi x570 I was not able to test ECC is functioning due to the bios options missing and you cannot downgrade the bios. Best I got is that memtest86 reported that it was ECC memory and ran a standard test.