High mem usage for no reason

For some reason I have a huge mem usage for no apparent reason.I ran full scans on MSE and Malware Bytes but they got nothing - everything is clean it seems. Any ideas? By default the used memory without anything but Skype and Steam running should be around 1500-1700mb which is fine by me, but not 3gb in any case as it is right now. Do you think the reading is wrong? 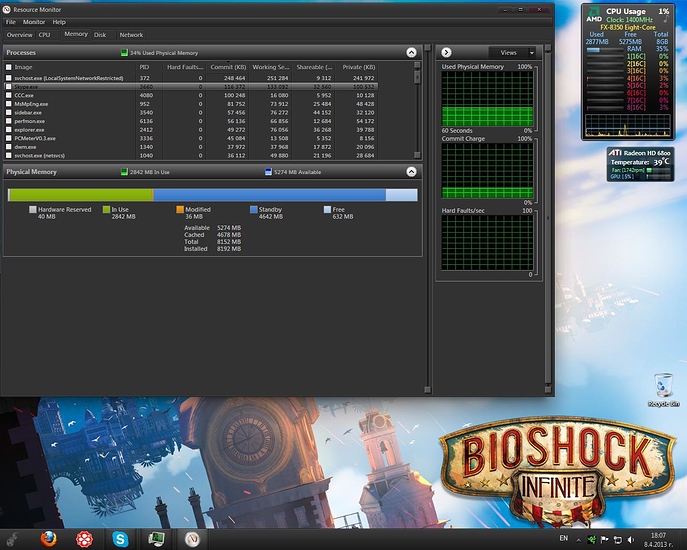 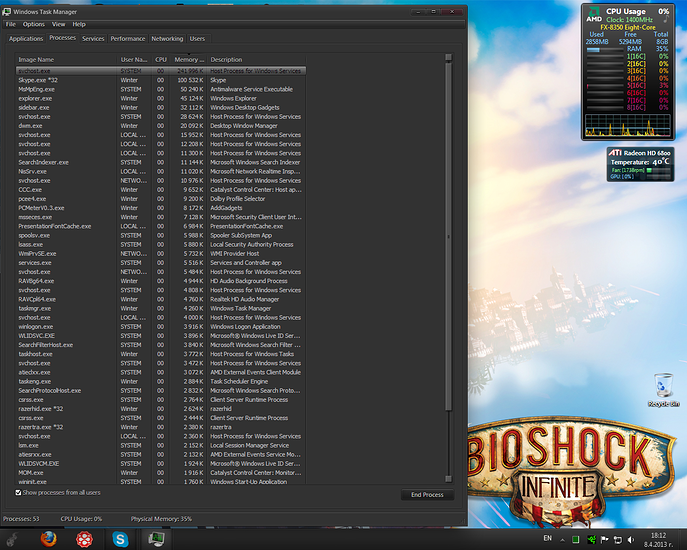 How this will change something? I will do it but I am asking for information :)

Reseating the RAM will do absolutely nothing. You have a memory leak somewhere; a program has a "hole." I would close all processes that aren't from Windows (do it in TaskMGR) and see when the usage drops - you'll have your suspect, then.

You're quite lucky. I have 16GB of RAM total and sometimes it will be using 15.7GB for no real reason. No games, no programs (besides the obvious basics), just windows.

I usually have to restart to fix it. :|

A few days ago I saw the same thing when updating my Windoze 7, turns out there was some C++ redist update and it was compiling locally, and only using two threads instead of the entire processor, but slowing down the whole system so that it was even slower as normal for Windows ad using a huge amount of RAM. My wife was having the same thing on her W7 PC with the same update.

In my own words and opinions (fair warning), but nevertheless truthful... I actually wanted my Windoze PC to run because I wanted to try a new game and didn't have too much time, so I opened up the Resource Monitor and looked at what service/process was loading down the system, then quickly googled it. Turns out you can actually tell Windoze to execute the processing queue on this undoubtedly furthermore completely useless and bloated piece of crapware update by going into the command line, going to the directory where the fun is happening, and telling the system to execute the queue at once (so you can actually make Windoze do something straight away, but only via command line?...). But I don't remember exactly what everything was, because my attention span for Windoze is almost as short as Microsoft attention span for the needs of its customers, but it was all on the KB, as always (this puzzels me to a high degree, Microsoft always has a KB article with a patch or a fix for very common stupid problems, then why the hell didn't they implement it in the first place...).

This is bullshit man... Damn Windows. So I assume there's no "standard" RAM usage by Windows, but the more RAM you have the more RAM it will eat. Nice coding MS, really nice..