Help with windows not starting

So basically. I wanted to add a theme to windows, messed around with 3 files and now my PC turns off after the "blue windows logo", I can get into BIOS, and I made recoveries of before I did anything, but it won't let me F8 into the safe mode. So I'm not really sure what to do. If you need any more info, photos or a video stc. Feel free to ask, and I'll gladly post them, but if anyone knows anything to help it sure would be appreciated.

And just for a reference, my mobo is a gigabyte B85M-D3H-A

Can you show a pic of the logo screen maybe? or tell us what windows it is? windows 8/10 dont boot into safe mode the same way as win7 and earlier. pressing F8 doesn't do anything :(
Does the computer completely power off or does it try to restart again?
What files did you mess with?

most likely you'll be abel to fix it by using a windows install disk or usb stick and running start-up repair.

Sorry for such a late reply, I can take a picture of the boot screen, and also I'm not entirely sure of the name of the 3 files off the top of my head, but I'll probably be able to figure them out.

Also yes, it completely powers off, theres no attemtps to restart and I've even left it for 30 minutes and nothing happens. So I'm pretty sure it won't.

So if I put in my USB that I installed windows (10) off of, then I'll be able to repair it? Because I dont care about any system files, just some work on my dad that I really need

I was going to just buy a ssd to USB adaptor and copy everything off onto my other computer, and then just reinstall windows from scratch 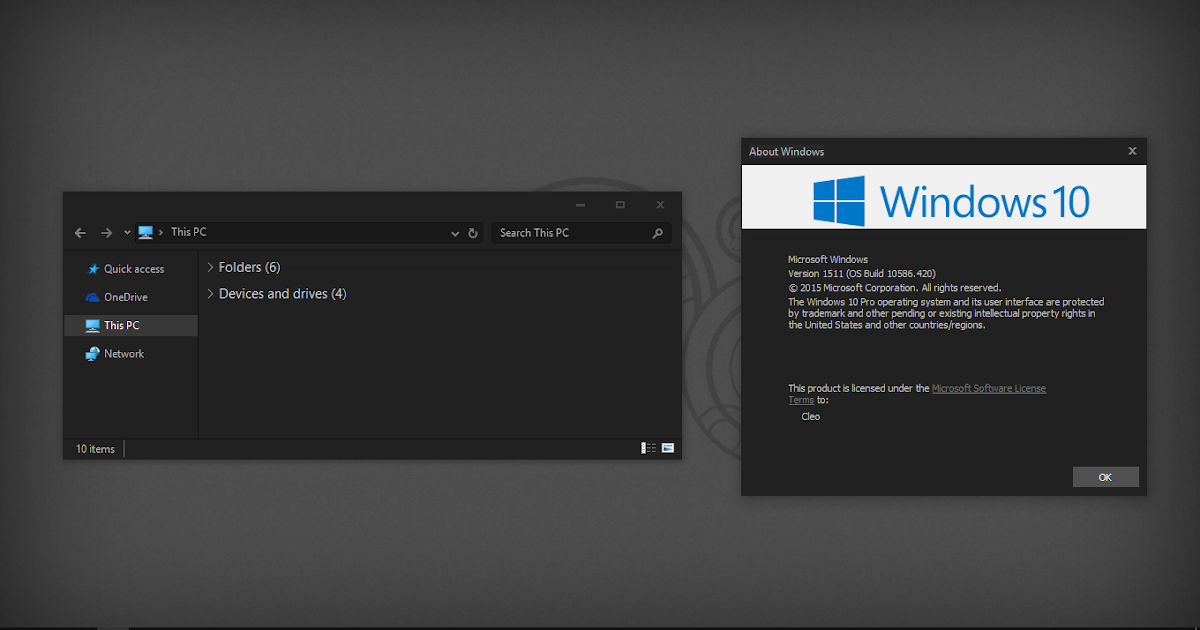 Install UXThemePatcher For Windows 10 Anniversary U...

So this is the method I used, I did everything exactly as it said, so I think it was the part about renaming the original file and replacing it, the "themeui.dll.del"

So I thought that I could either 1: plug my ssd into another computer and move the files back and try to fix it that way, or by plugging it into a computer with an ssd to usb adaptor and doing the same thing (at the worst getting back my files and then reinstalling windows)

yes it should fix it.

if not goto comand prompt and type "explorer" and you should be able to fix it no usb to ssd adapter needed.
you may need to type "cd C:\windows\system32" first to get explorer to start.

And I won't lose any files on the ssd (like the ones on the desktop or downloads etc) ?

Because if that's the case then you have made me very happy! :)

I think it's just completely broken to the point where this won't help, because o tried putting it in and setting it to the one and only startup, but it still only starts up as it does in that video I uploaded it has the gigabyte logo, then the windows 10 comes through for a second then - hold that thought... It just loaded past the gigabyte logo and now it's on a black (occasional white flashes) screen and I can see my cursor... Still no luck getting into windows repair though...

UPDATE: I managed to mess around with the BIOS and change from a legacy boot, and now I'm in the repair, apparently I have no restore points, so I guess I have to do a Start up repair I think

EDIT: I've just tried both, and neither of them work, I night have to just try the USB to ssd adaptor and fix it that way, if not try and get off my precious files and jump ship

to be sure you doing this right:
Step 1: Place the CD/USB in your PC and proceed to boot from it.

Step 2: When the install screen pops up, look to the bottom left and select "Repair Your Computer".

Step 3: You will now see a screen that says "Choose an option". Select "Troubleshoot", then "Advanced Options", and finally "Command Prompt".

now try.
1. use command prompt and type "sfc /scannow"
considering sfc stands for system file checker I'd say it has a 75% chance of solving your problem.

2 . use command prompt to open notepad. once it's open hit CTRL+O. this will open the file explore you can use to undo what you did with uxtheme patcher. if you didn't backup the files you overwrote your only hope is to copy clean dlls from another pc that has windows 10.

I know this works because I did somthing similar to fix boot loops caused by a bad driver a while back.

I love you so much Thorium, you've saved me $24 dollars and a hell of a lot of trouble, I managed to get into my c drive and move the old files that i took out (Had them nice and safe on my desktop in case this happened) and replaced them with the other one's that broke everything. So thank you so much, and you also taught me a thing or two, so that's helpful as well!.

Thank you so much!

before you try somthing like this again I'd reccomend getting an external hdd(not flash drive) and using pwboot to install windows on it. it makes recovery like this a lot easier.

Alright, I'll make sure to do that. Thanks again for all the help, you sure helped me out!