Hi I plan on getting 10gb ethernet network going. Why? don't ask. I want to and looks cheap. I seen some really cheap 10gb network cards, notably the Mellanox ConnectX-2 and the AddOn Gigabit Ethernet Card. Listed here:

I kinda know about or seen that 10gb still not fully copper yet. Those they do run RJ45 socket. Some are passive DAC some aren't. Some network cards require SFP+ connectors some RJ45. I'm really clueless on which one these take. I'm also aware the Addon (dell refrib) only likes 1x PCIE slot and not PCIe X16 slot. All I want is two 10gb nics and a cat6a crossover cable (10-20feet). I don't plan on getting expensive Startech or Intel 10gb which are $250+.

Anyway can Wendell or some pros chime in?

Just so you are aware, the Dell cards listed are Gigabit only.

As for SFP+, its a modular system. Basically you can slot in any SFP or SFP+ compatible module and use it. Say you wish to use a direct attach copper cable (like a network cable but has two SFP connectors on instead) or you can use fibre modules or even Ethernet ones.

The cheapest option with those cards is to use direct attach copper cables if you know the distance you wish to cover.

I would check that drivers are available for the operating systems you wish to use these cards with. 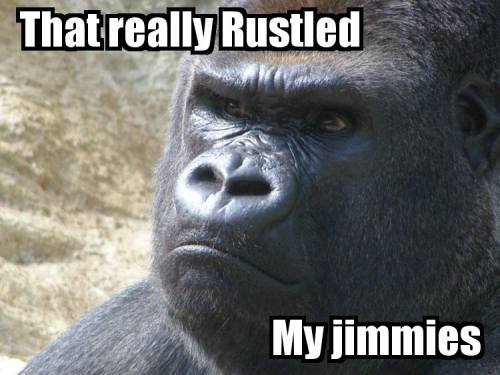 ok pulled the plug on a passive DAC SFP+ cable (5m). JW is what is the difference between active and passive cable and can i get 10gb on cat7 coppper line then?

Just to slide in and ask for something completely different: Have you had a look at Infiniband. I personally have not tried it but heard reports about it being used in home-setups. The Nics are available on ebay for around the same price(~50$ I think) and the standard offers up to 40 GBit per NIC (although your rig might not be capable of supporting that).

If you are trying to use Infiniband on Windows Based Clients, drivers are few and far between and are absolute pigs to configure. (Absolutely brilliant on Linux and FreeBSD Clients however)

Passive interconnects don't draw additional power at either end, however the singaling is limited to about 12 meters and starts to degrade around the 7-8 meter mark.

Active interconnects draw additional power at both ends but improve the signalling to about 20 meters.

If you have the additional buck you could go to optical (aka fibre) and go as far as the selected modules are rated for.

Well problem is I have a NAS box and there's 3-4 users on it. It used to be just me. It was fine in transfering 4-20GB ISOs and watching HD/Blueray media. But when I have a few users on some transfering the said ISOs or just 3 or more watching media it kinda hiccups. I could throw in there a 4 port gigabit nic or a dual nic but at the cost of a good nic I could get 10gb pc to NAS for myself :D...

The nas itself is 4 drives in raid 0. I plan on upgrading to freenas soon into raidz format.

That's pretty cool. I would love to build something like that, but I'm the only 'power user' in my home at the moment. Once I have kids, I'm sure I'll be making something due to similar needs.

well I can tell you this unless you use Intel drivers will be an issue as well besides that all 10gbit nics are about $250+
also 3 people even watching a BD iso is only a tad more than 100mbit. Blu-ray as a theoretical limit of 48mbit/s reality is more like 30-35mbit. So if that is the issue I would just get a good quad card and make a LAGG if transferring ISO's all the time is the issue.
10gbit is just too expensive and too much of a hassle at this time.

Yea u right they use only at most 2-6Gbps out of the 10Gbps on the 10GbE Network. I still have to make it so that LAN goes on the 10GbE network cable and web traffic on the standard gigabit network.

You can do that by editing your routes settings. Set the LAN subnet to use the 10gb nic for its gateway and have the other as the default gateway. That should work. Otherwise you could use the ip of the 10gb nic to connect to the server rather than the hist name, or add the host name and the 10gb address to your dns server or hosts files.

I'm not really sure how to do it myself. In this case the 10gb network only links two computers together? or does it also connect to the rest of your LAN? If it's only between two computers then you shouldn't have to do anything to the routes but you will have to access the other 10gb computer using either it's IP address or creating an entry in the hosts file so that you can use the hostname and it will resolve to the 10gb IP address. You could also do this on your DNS server if you have one, but in that case you'd probably have to have two different host names for each network otherwise the other computers will also resolve the 10gb address and be unable to access it. This is how I have my 10gb link between two computers set up.

If you can access the rest of the LAN through the 10gb connection then what I think you would need to do is change the IP addresses so that everything is on the same subnet. Then set up your routes so that the default gateway is on the 1gbps connection and your LAN subnet is on the 10gb interface. But I wouldn't know specifically how to set that up, you should be able to google it though.

They both are on 1gb network with my asus ac66u as the router. They are also connected pc to pc (with a 10gb dac cable). Trying to resolve the network issue as it favors my ASUS gigabit over unidentifed network of the 10gbe network.

Using just wifi on PC and then sending big files it does favor the 10gbe if I disable the gigabit network. Ping and file sharing are set up and working.

If you want hostname of the computer to resolve to the 10GB address then the easiest thing to do is add it to the hosts file on your computer. Otherwise what is happening is your computer is asking the DNS server in your router which gets it's info from the DHCP server so it will resolve the 1GB address as that's what's connected to the router. Otherwise you can just use the IP instead of the hostname.

Not only that but you need to properly configure it as well. jumbo frames is a must for one. That alone add a lot. secondly unless you have it in raid setups hdd's and secondly sata bus will limit the speed of transfers so from one to another problems will rise unless everything is beefy

I have jumbo frames and qeue depth send/receieve buffer all done.

Finally found my problem. You have to go to TP/IP IPv4 under advance settings and set it to have the lowest metric. Now anything I transfer goes on the 10GbE line instead of the 1Gbps line.