I broke down and got a PS4 to play Destiny with my brother.

Ideally I want to hook both my PC and PS4 up to the same input/output devices.

I'm using a mixer to plug the audio into the same speakers, and that works fine.

I'm using a KVM switch to swap the keyboard, and a USB microphone between the PC and PS4, and I swap the TV with the remote.

I plan on getting a KVM with HDMI, however one problem I'm having is that every time I swap the KVM, the PS4 recognizes the microphone as a headset and I have to change the settings to output audio back to the TV.

I was wondering if anyone knows of a device or KVM that would trick the PS4 into thinking it's still plugged in so it doesn't reset the PS4 audio output settings every time I swap.

Any better solution would also be welcome.

Doesn't your TV have at least 2 HDMI inputs?

it's a settings thing then? probably not something you can really fix as it's not meant to be used in that manner.

I don't know what Destiny was in it's hay day, but I have a brother, a nephew, and a friend at work that play it religiously, so it's worth me playing. The secondary reason I got it was so I could play the Final Fantasy VII universe game when it comes out.

Doesn't your TV have at least 2 HDMI inputs?

I'm currently using the 2 HDMI inputs option, but it would be easier for me to hit scroll lock twice to change everything instead of hitting scroll lock twice, input, down, enter. I appreciate that the smallest violin is playing, but I know I could make it better.

it's a settings thing then? probably not something you can really fix as it's not meant to be used in that manner.

That's where I ended up. Just hoping for a surprise from someone with more experience than me with KVM's. :)

sounds like a hdmi switch would solve your problems.
I ran a ps3, xbox360 and my pc through one to my monitor and it was pretty much perfect

That would indeed work. I've yet to see one that will also swap keyboard and mouse ports though. A KVM will do that. The big problem is making the PS4 continue to see a ghost of the microphone when it's switched to the computer. 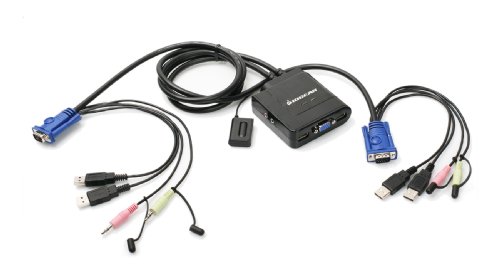 why do you need a kvm, unless you are using you mouse and keyboard on the ps4 as well

That's a step in the right direction. :) I'm currently using the older version of that very model. The big difference I believe being the DynaSync feature. I know that's specifically used to remember settings for the monitor, so it probably won't work for the USB, but there's a small chance.

The one I'm looking at currently is this, with the only notable difference being HDMI vs. VGA: 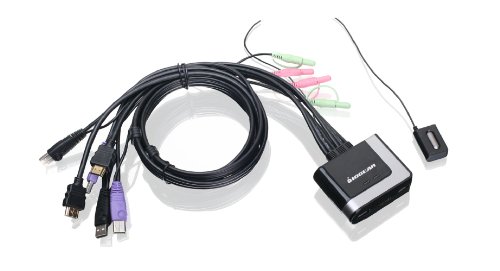 why do you need a kvm, unless you are using you mouse and keyboard on the ps4 as well

That's exactly it. :) Specifically I'm using the mouse USB port as a passthrough for the USB mic and the keyboard side as a keyboard for the PS4 as I dislike using the controller to type things.
The reason I want to be able to swap the mic via the KVM is because I'm using this:


It is too expensive to buy 2 of, and too large to have 2 of on my desk.
It is also the source of my problems, as for some reason when they made it, it is detected as a headset with speaker output settings when you plug it in. It does the same thing when you pug it into a PC, but the PC remembers the settings after you change them. If I was using a generic mic, this topic wouldn't exist.
multiyogibear April 22, 2016, 10:56am #9 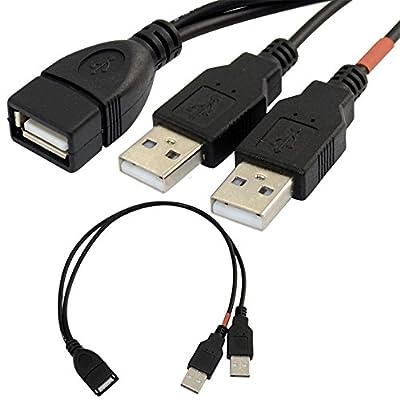 Maybe having it on a separate system might help

Great idea. I'll give that a shot.

Edit:
On closer look it appears that these can not be used for that. Something to do with signal interference. They have USB switches, but they run into the same problem as the KVM, where it electronically pulls the plug.

For anyone that comes across this, this is what I ended up with: