Hi, so I have a pretty old PC with an AMD 1090T Cpu and I am trying to get more juice out of it but almost all my attempts in doing so are failing. As soon as I try to go over the clockrate of 3.6ghz, it hangs when running the prime 95 stress test after 2 minutes! All my temperatures are fine even when it is hanging with 32 idle and 58 under prime95 stress test! When it hangs, it only goes up around the 42C range before it does so. My specs are:

I have also disabled C1E, Turbo Core, Spread Spectrum and Amd Cool and Quiet. I also did a memtest for 30 minutes but there was no errors! The rest of the things apart from CPU voltage + multiplier I left default. I am also using AMD Overdrive for the OC because I have tried it with the Bios a few times and the results are the same with prime95 so I am doing it this way cause its faster. I have done the Overdrive stability test and that one doesn't hang but apparently, its isn't a very demanding stress test according to some sites. So any help would be great!

You probably just lost the silicon lottery, or your motherboard's weak vrm is the limiting factor.

Oh I see! Well that's lame T_T Is there any way to know if it is the vrm or not?

Thanks for your help!

Check the temperatures on the vrm, make sure they aren't boiling. The board you have is a pretty weak overclocker to the point that I would say it isn't advisable since there is not any cooling on the already small vrm.

Oh I see. Alright thanks a lot! I will be sure to keep an eye out for that in the future then!

If you were so inclined, you could put some heatsinks on the vrms yourself. Little copper heatsinks can be had for pretty cheap on amazon and newegg. Just use some thermal paste (or there is a thermal adhesive which permanently sticks the two together if you are ok with that) or a thermal pad to attach it and you should see some better temps. Considering that you mobo supposedly doesn't have any vrm heatsinks (haven't looked into it myself), I would suggest doing that whether you are overclocking or not just for some piece of mind (I am pretty anal about temps though, so that is just me).

Well it does have a heatsink but it is very small! Although maybe its best if I upgrade my mobo and cpu altogether since I got it around 2008-2009 and it is really starting to show its age 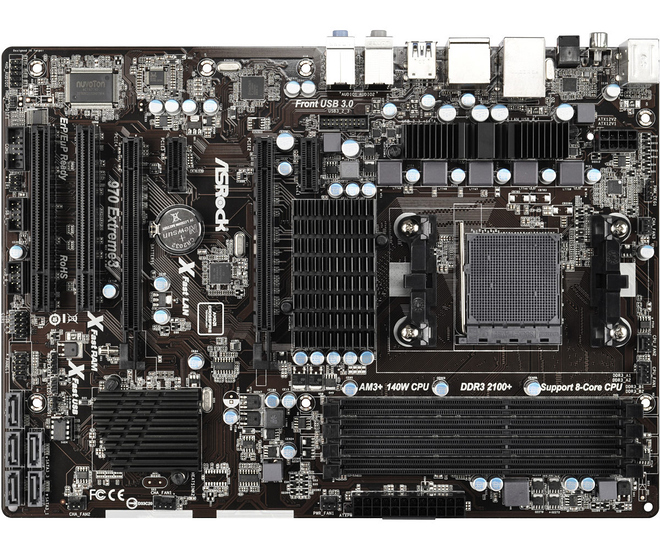 A proper memory test will take at least an hour and a half, but two or more passes are recommended, which can take several hours.

At last, but not least, it sounds like you actually don't have nearly enough voltage. From TechPowerUp:

Things change when Turbo Core kicks in, and all cores get a voltage bump to 1.450 V, enabling some of the cores to reach 3.60 GHz which is the maximum Turbo Core overclock

So, stock Turbo voltage is 1.45V for 3.6GHz, which means if you got even an average in the silicon lottery, you should be able to get a few hundred more MHz at 1.45V.

Overclocking of 1090T was done using a solid voltage bump up to 1.50 V, and increasing the unlocked multiplier until the maximum stable frequency is reached. In this case, using a small Scythe Katana III cooler, the best stable result was 4100 MHz, which is an excellent result for an AMD processor...
...For some medium overclocking, say 3600-3800 MHz on all cores might be achieved with just a small voltage increase over stock settings, which means no drastic changes in temperatures or power consumption. All in all, great results as far as overclocking goes, and performance of the overclocked processor for that matter

After a long period of scaling down its processors both in price and performance, AMD finally got some fresh reinforcements to continue the fight with Intel. The new Phenom II X6 1090T and its 3.20 GHz clocked six cores, aim to take AMD to new heights...

One last thing to note is the Thuban cores are a bit more particular about when overclocking and fiddling with voltages compared to their Deneb quad-core brethren - Thuban doesn't overclock as well, and is more difficult to do so. Also, the maximum voltage within spec is 1.475V; I wouldn't recommend going higher than that for a daily OC.

Thanks for your advice, I didn't know about that because I had a faulty ram once and when I did a memtest, it found errors in 10 minutes

So, stock Turbo voltage is 1.45V for 3.6GHz, which means if you got even an average in the silicon lottery, you should be able to get a few hundred more MHz at 1.45V.

I'm saying stock voltages are not optimal voltage; Manufacture sets a stock voltage high to maximize yield. That means most CPUs have a bit of room to clock higher at any given stock voltage unless you lose the silicon lotto. You might be able to get 3.7 or even 3.8 at 1.45V, if temps and vrms permit. Depends on CPU - all are made different, even CPUs of same model and stepping.

Considering the cpu that you have, I am not too sure that you would get all that much benefit from upgrading. Certainly, if you notice a bottleneck in your day-to-day (gaming, or what-have-you), then it would be a good idea (ie cpu at 100% utilization and gpu at less than 100%). Otherwise, you might as well stick with what you have. If you are thinking about upgrading your cpu and mobo, then I would have you consider either 1. Intel or 2. Waiting for Zen to rear its head in 2016. There is no promises about how well Zen will perform, but it might be worth waiting for. There is no way of knowing now. IF you need a platform upgrade now though, then you need it now. I would suggest getting whatever fits your needs. Though Broadwell should be arriving in the next few months iirc. Anyway, whatever you decide to do, make sure that there is a solid reason for it and that you are happy with it.

Well, its just that whenever I play games like BF4 and stuff online, I get like 40fps in ultra settings at times at 1080p which shouldn't be happening with a 970 and I do have MSI afterburner to see what is taking up stuff and my 6 cores are all at ~90% so its most likely my CPU. I am thinking to wait for DDR4 and USB 3.1 before actually making the upgrade though but I was hoping I could get more out of my current CPU in the mean time but I guess not loll.

This is very strange. I remember Thuban having decent OC capabilities. 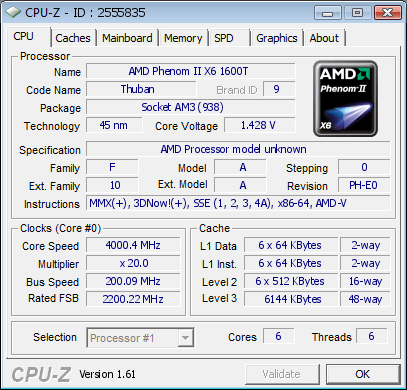 I can only assume your board is to blame here, but even so the above result was achieved on a Biostar 880G+...

You can try using OCCT to do a small-FFT test and see what happens with voltages and temperatures over time. The graphs may show something that the other monitors aren't seeing. My only idea is that there are inconsistencies in voltage during load and it causes the crashing. Load Line Calibration may be your friend.

HAHAHAA you got a Lemon :P .. No try disabling all auto voltage control and then do everything manually.. bump the ram down one Speed.... Take it slow... Keep the voltage high.. a GOOD way to see if you have a good chip or not is to see how far it undervolts at stock.. if you get a good undervolt then your chip can probably overclock well and vice versa

Also your motherboard maybe exhibiting VRM throttling.. It does not look like it has enough phases to take the CPU far but you should be able to get to the 4.0 Ghz + mark

You can try using OCCT to do a small-FFT test and see what happens with voltages and temperatures over time. The graphs may show something that the other monitors aren't seeing. My only idea is that there are inconsistencies in voltage during load and it causes the crashing. Load Line Calibration may be your friend.

Yea! I was searching up some results online and people could push it quite far on liquid cooling! Some went to 4.3ghz but I can't even go to 3.7 T_T It seems to be fine with all cores being at 3.6 but as soon as I hit 3.7 and run prime 95, it hangs after 2 minutes! Thanks for your suggestion though, I will try it out and see what happens

Loll T_T I will certainly try undervolting it tomorrow and see how it goes! Its odd that a motherboard like this which displays its OS features so front and forward can't overclock to 3.7ghz and/or a CPU that has been working for 5+ years quite perfectly is actually not a very good OCer but oh well! Thanks for your suggestion and I shall try it out to see if your trick works or not

Nahh, I live in Canada so its not really cheap here since the CAD is arse loll

if you ever take a trip to the US of A.... make sure grabbing those is on your list lols haha