Help me build a X99 system

Let us jump right into things. I finish school in a month, and I wanted to build a new PC that's insane! My current PC specs are:

The reason I want to build a much better PC is because I am an animator/designer. Currently my computer can render and preview videos just fine, but it struggles a lot when it comes to 3D animations. While doing some research on parts, I came across the i7-5820k. I don't know much about the 2011 platform, so I was just wondering how you would go about building a system around it.

I was thinking of going a bit overkill with 64 gigs of ram, NZXT AIO water cooler for now, and one or two GTX 980 Ti's, or whatever new GPU nvidia is hopefully releasing by the time I get to building this system. Also the only reason I'm thinking of getting two GPU's instead of one, is because I'm going with a LG 34UM95-P ultrawide monitor, and I don't think one 980 Ti can run games maxed out at 3440x1440 resolution.

Here is what I have so far http://ca.pcpartpicker.com/user/ShammysPC/saved/shMLrH

I will be keeping the storage from my current build, and I recently bought the case I'll be using, which is the Phanteks P400S. This new build will probably cost me something around $5000 Canadian, so far everything comes up to around $4600 after taxes.

A side note, I came across two other motherboard options. All are from MSI, the first is the X99A Raider, and the second is the X99S SLI Plus. I don't know what the difference between the motherboards is, or if it's even a significant difference.

Anyways, if you would like to put together a different system to show me, please use the Canadian version of PC Part Picker. Here is the link ca.pcpartpicker.com

Thank you in advance!

one or two GTX 980 Ti's, or whatever new GPU nvidia is hopefully releasing

May I ask why only Nvidia? (I know they've had the highest performing single GPU card for the past few generations but that could change [although i haven't looked at rumors about how Pascal or Polaris will be as per my general policy of staying away from rumors]).

Why do you have so much RAM?

Don't buy top end GPUs right now, especially with all the new stuff coming out in a few months

also 4k is going to give you more pixels for less compared to an ultra wide, but this includes a 75Hz Free-sync, 21:9 1440p display

if you want to crossfire the nanos you're going to end up with a better display for less, and due to AMD's scaling with resolution and dual GPUs, it actually keeps up pretty well against 2 980tis at stock

Introduction Here at eTeknix, we strive to give the consumer the best possible advice in every aspect of technology. Today is no different and we are excited to bring you the CrossFireX review of the highly anticipated R9 Nano 4GB graphics cards. The ...

What's the budget, and is this dedicated to rendering, animation & design?

The reason I wanted so much ram is because I currently have 16GB in my system, and when using multiple Adobe programs at the same time, my computer can't handle it. Just having 2 Adobe programs open together, without even using one of them, my ram just gets chewed up by it. I even limited the amount of ram the programs can use but it still kills the system.

Also I would get a 4k monitor, but I like the ultrawide ones better. I currently use 2 1080p monitors, and I just like the extra space you would get from the ultrawide. I used 4k monitors at school, and those are pretty damn amazing too. I'm still not 100% on the monitor at this point anyways.

And the only reason I put up the 980ti's is just because I've never really like AMD GPUs, I've built systems for my friends and used them in there because they're much cheaper, but I don't know, something keeps me away from it.

I'm thinking of a maximum budget of $5000. Which sounds like a lot, but Canadian prices aren't the best at the moment, hopefully that changes soon.

Also I have 2 top priorities for this PC. Those priorities are animation and gaming. I want to start getting into 3D animation, which is a killer on most systems, and my current PC can't even handle rendering 3D animations.

Honestly, I've always used Nvidia GPUs, and I like them over the AMD selection at the moment. But like you said, you never know what's going to come out next, so I'm just going to wait and see.

far as nvidia goes, it's $1699 for their G-sync ultra wide, runs at 100Hz
https://ca.pcpartpicker.com/part/acer-monitor-umcx1aa002

but really for the money saved on the nanos, they're probably the better option overall, especially with new stuff coming out soonish, and if you don't plan to OC the 980tis

And yes I'd rather have more money in my GPU setup than my monitor setup... I get performance from the GPUs and they're much easier to flip

I meant 2 of them, 600 each, currently your build has 2 980tis, but with a weaker display than you'd get with 2 nanos for around the same price, as I'll put below, dunno if your case is going to fit the 280mm radiator I've put in there, but it is less expensive than the one you've chosen originally

also threw in a bit higher end board

2x 25" 1440p IPS over that display for 3/5 the price? wouldn't be quite as awesome for gaming but thin bezel and much more functional for productivity... 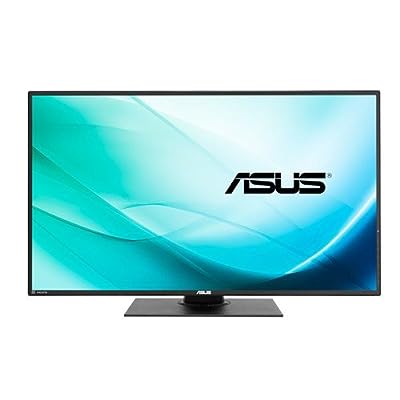 maybe just me.... I think the widescreens are overpriced as heeeelllll :P

In most places ya, there is one in the US for only $600 though, so it's right in line with 4k 27" displays, and you get a bit better scaling, but still probably not worth it

A 27" monitor is plenty for gaming IMHO... especially a 1440p or 4k one... it's also kind of nice having the second monitor to pull up walkthroughs or look up shit while you game... I could see why someone could prefer a widescreen for gaming though...

For productivity, however... I don't see the argument... and gaming seemed like the afterthought in OP's setup... and he can get a TON more real estate with dual screens... so I'll just leave my options there for him to mull over...

I mean OP could get 3 of those 25" and prolly power with them 2 nanos of 980tis.... for around the same price... and it'd whip the shit out of the widescreen for BOTH gaming and productivity at that point.... thin bezels are nice :P

The 5820k with 64 GB of ram and dual 980tis works well for me and I do some 3D and video work. The only time my system has chugged a little was with 6K red raw footage.

I looked at some of the links you provided, and I do agree with some of the points you made. Like I said in an earlier reply to another user, I'm not 100% sure about the monitor at this point. I also am feeling a bit trigger happy with what I want, which isn't always the best thing.

I did some looking around, and realized that most 2560x1440 monitors are very closely priced to 4k ones.

This monitor may not be the greatest 4k monitor with its 60Hz refresh rate, but it looks amazing, has slim bezels if I ever decide to get a second one, and I'm not really trying to get over 60 frames in game. It's also IPS, which I really want.

Oh I doubt I'll be using 6k footage anytime soon, I mostly care about how well it can handle the 3D animations.

Thanks for the info!

For that kind of budget, I'd consider a Workstation motherboard ( dual cpu ) You will get the performance you need and not break the bank.