[HELP] Linux mint 19 is not working

Hey,
I have no idea to explain this but here is an image: 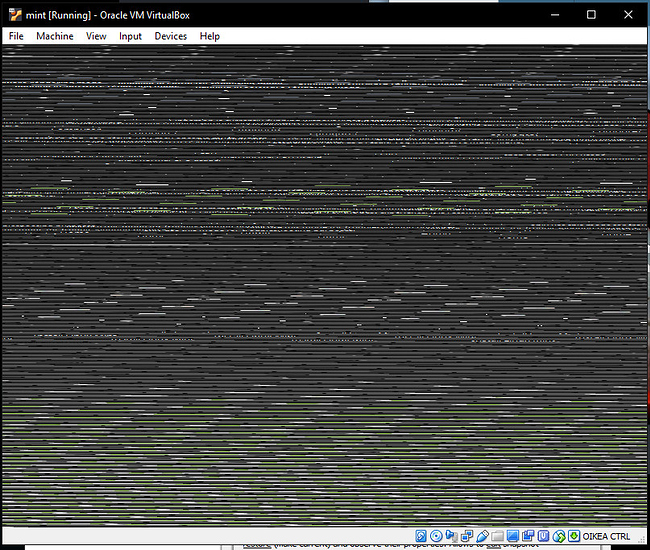 I need linux mint, I have school work 1 week late, because of this shit.

I have VMware and use linux mint 19 tara iso for 15GB and 4GB vmbox, when I start it: this happens. 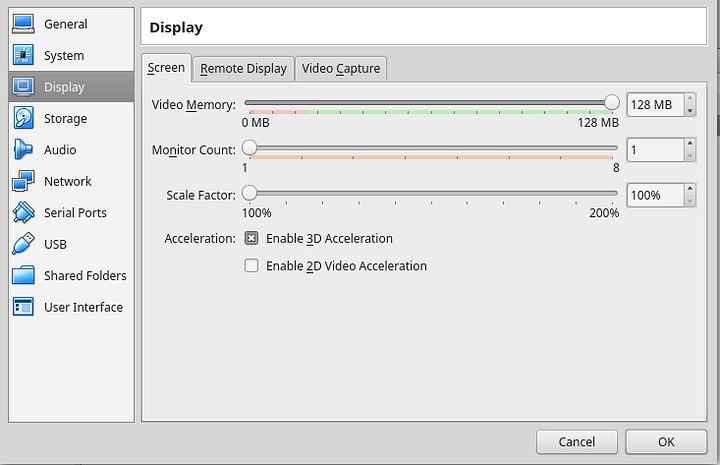 I would first check your display settings in your VM. Make sure that you have given it enough Video Memory and enable your 3d Acceleration if not already done so.

Well, I restarted my pc and it worked: 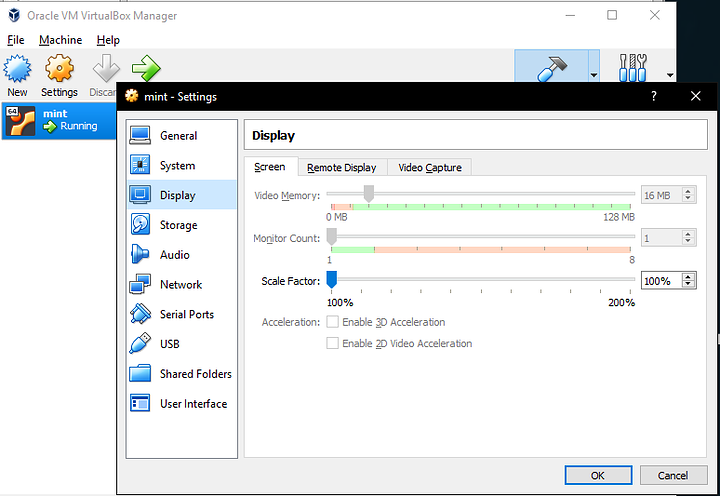 16MiB is the bare minimum for RGB, just keep that in mind.

Seriously, throw it more video memory. 16MB is not enough. You have enough system memory to max it out no problem. 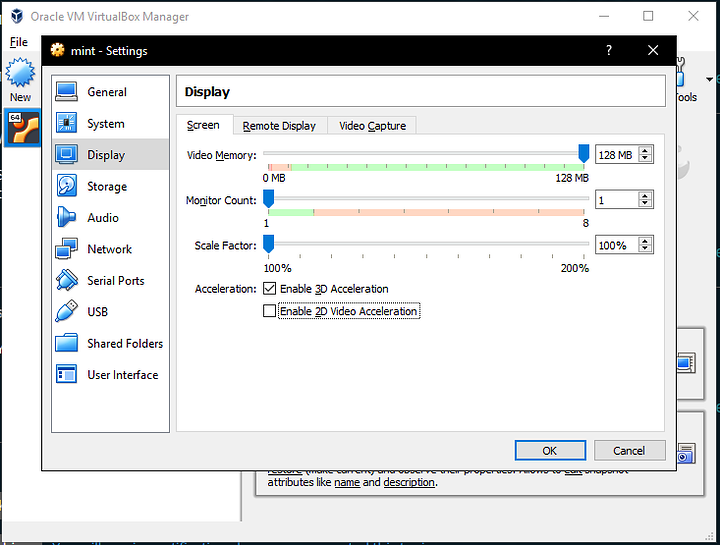 image.png733x555 32.8 KB
128MB max I can go. Linux complained about software rendering the whole time for some reason

See if you can also enable the 2D Video Acceleration setting like @SgtAwesomesauce suggested. That might help remove the software rendering mode notification.

If that doesn’t help, you may find this post on the Virtual Box Forums Helpful.
https://forums.virtualbox.org/viewtopic.php?t=79486

But as long as you don’t see any performance issues for what you’re doing in your VM, you could probably just disregard it.

Thats normal cause you run it in VB its totally fine.
If you dont like it regardless, then you could also run the Mate version of LM.
Which is also a very nice version of mint. 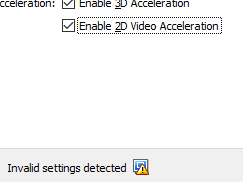 That’s kinda what I thought. That’s why I said see if you can enable it. The same thing happens to me when I try to enable that but I also have a linux host as opposed to a Windows host and also different hardware.

That being said, try that other solution to see if removing the embedded Guest additions packages from your Mint VM and replacing it with Virtual Box’s own specific Guest Additions package as is mentioned in the link I provided. It seems as though it has helped quite a few people with this issue.

I’m sorry that these solutions didn’t work for you. I literally just created a brand new Mint 19 Tara Cinnamon VM, got the software rendering notification, updated the system to the latest, and then installed the provided Virtual Box Guest Additions Package. Long story short, I was able to remove the software rendering notification, just as described in the VB forums post. So maybe give it a reboot and try again. Otherwise, as has been stated before, if it’s not affecting your performance then you can just disregard it and probably even suppress the notification if it’s bothersome.

If you hover over it, what does it give for a reason?

I’m curious if there’s a way to get hardware acceleration working.

Yeah or just go with Linux Mint 19 Mate instead of Cinnamon.
That will also solve the problem really.
I mean Cinnamon and Mate arent really that much different.
Mate even has more tweaking features by default as Cinnamon has.
The nemo file manager is great on Cinnamon, but Caja on Mate is pretty similar.
The X apps that the Linux mint team has are the same on both releases etc etc.

Cinnamon is nice but generally works better on bare metal.