Feel free to make an offer.

Buyer will pay shipping and payments must be made via paypal. 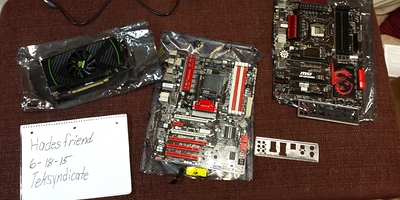 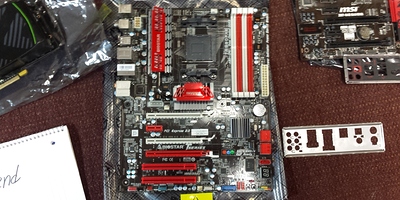 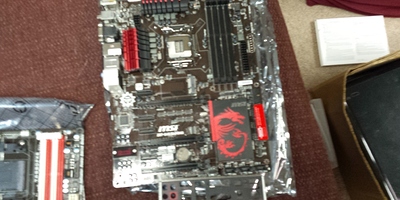 Any chance of you knowing the BIOS version on that Biostar TA990FXE?

I suppose the more important question would be, can it run an FX-83XX processor out-of-the-box? I know that the TA990FXE is apart of the first generation of 990FX boards that rolled out with the original first generation Bulldozer, so I don't know it will readily take Vishera CPUs without a slight brushing up.

Anyway, no rush. I'm asking on behalf of a friend, who has been looking at, and assembling, hardware to assemble a new rig for the past month.

May I ask why you are charging more for the Biostar than the MSI?

The msi board goes for upwards of 80usd from what I can find. But the Biostar was kinda limited run , I wasn't able to find many of them for sale and u know I paid around 140 for it new and it hasn't been run very hard.

If no one else meets your offer of $90 plus shipping, I'll offer you $50 + shipping for the TA990FXE. (Willing to haggle, of course.) It may seem like a rather low counter-offer, but it is a four-year old EOL component which has two things going for it: a Realtek ALC 892 chipset for sound, which is still pretty good, and a VRM with robust components - although in a 4+1 configuration.

willing to do 75$+shipping

Sorry for the delayed response; ended going on a road trip on the other side of the state.

I'm considering getting this (the Biostar motherboard) for a friend, but they are hemming and hawing. Don't wait to sell it to anyone else on my account. I'll check in, occasionally, but it will be at least a week before I decide to make a purchase.

Just feel free to PM if your still interested. Im in no rush with anything. just trying to do a bit of cleaning.