I'm looking into getting a closed loop 240mm rad for my 8350 and I was going to go with the h100i but then it occurred to me that since I bought a define r4 I should try to go with something quiet, and apparently the h100i is anything but. According to this anandtech article the H220 from Swiftech is the quietest one at load, and also performs pretty well temp wise. http://www.anandtech.com/show/6830/cpu-air-cooler-roundup-six-coolers-from-noctua-silverstone-and-cooler-master/5

I seem to remember seeing somewhere that there was an H220 successor made by two separate companies together. It was probably on /r/buildapc but it's basically the same thing but rebranded or just slightly better. Anybody have any ideas since the H220 is unavailable now?

Edit: I found it, it's the CoolerMaster Glacier 240L and it isn't exactly a successor, just a rebrand.

All closed loops are loud and thats becase the stock fans are crap...change the fans get a quieter system.

Allso if you are looking to put it in push pull the R4 isent the best space wise you have to be realy picky with your motherboard and ram to fit in a push pull set up. 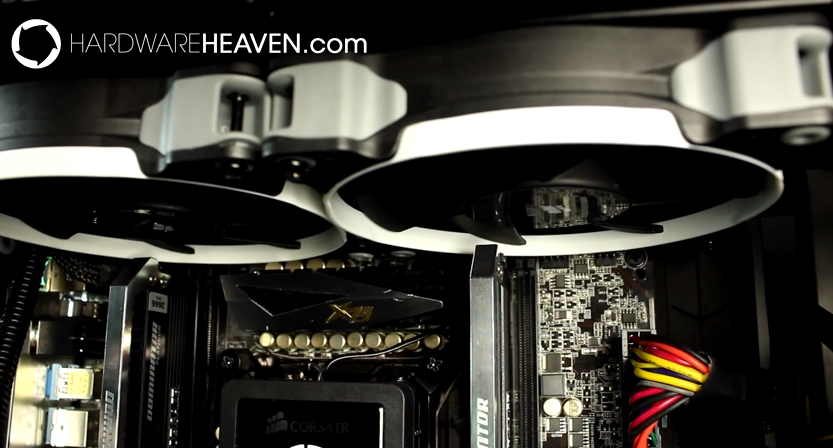 you could just have the Rad mounted in the front....

You could but then you are drawing hot air in to the system instead of exhaust hot air out the top.

if the cpu gets too warm then its an issue, as it will affect stuff like the gpu mainly. but it should be fine. as long the load temps aren't to high.

Sooo... I think what I'm looking at are the Glacier line that's supposed to be a collab between Swiftech and Cooler master.... erm. Yeah. Somebody confirm, please?

It's possible, but I thought there were some patent issues.

Yup the Cooler Master Glacer is the collab project between cooler master and Swiftech.  Assuming you're in the US.  If you are outside of Murka you can just get an H220.

Remember your HDD's really don't like being anything like as warm as your CPU, so exhausting the heat from the CPU over them will be an issue. In addition other components on the motherboard to the CPU also have heat sinks, voltage regulators are a classic example to overheat when overclocking an issue compounded by the higher temperatures caused by either a lack of ventilation or a hot radiator on a intake. Simply put CPU and GPU are actually very temperature tolerant, other components much less so.

I run a Corsair H90 (single 140mm AIO) in my Define r4 as an exhaust and CPU temperatures are actually very good, but just by holding my hand behind it I can tell I don't want my gear living permanently in that heat, so buying a duel fan rad to run as intake is counter productive, although duel rad in the top as exhaust will cool better than a single if you can stand the extra noise of having the top open.