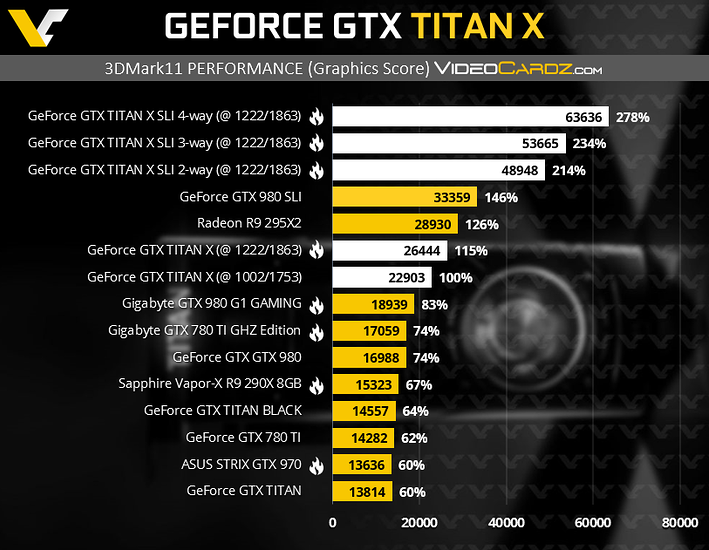 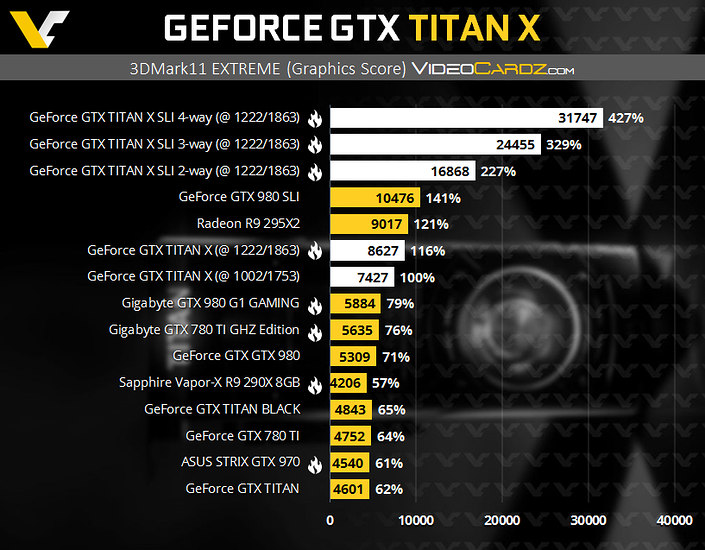 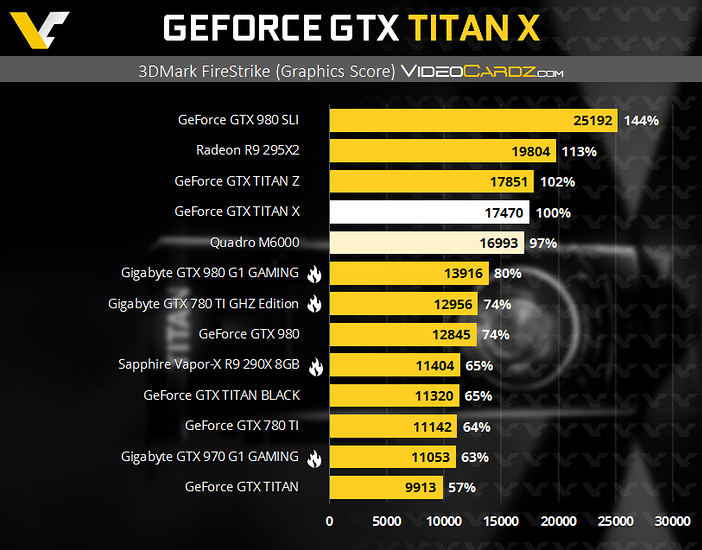 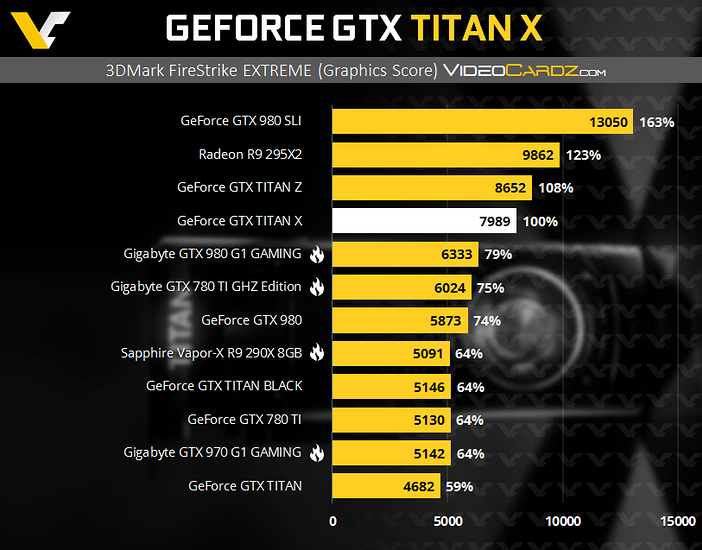 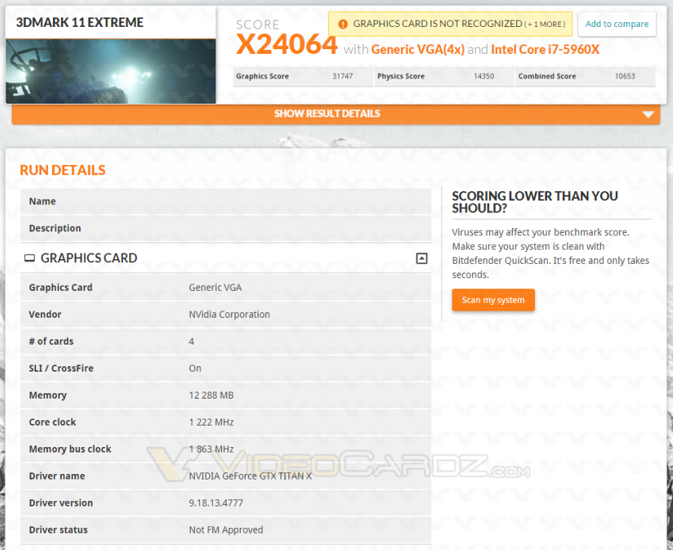 From the charts shown in the article, the Titan X has about 20% better performance than the GTX 980, however it is slightly behind the R9 295x2. Drivers should be able to improve performance considerably.

SLI performance are a different story as they scale extremely well (for the extreme preset that is).

eh i'm just going to go with the grain of salt, quote. "We don't believe you, you need more people."

That SLI scaling looks a bit too good to be true. Also, the Titan X should have a pretty nice boost clock of 1390MHz, so the 1222MHz benchmarks should reflect that, and they don't really... Unless by bumping the base clock they also bumped boost over 1600MHz.

This will probably be a $1500 part. Too bad they put a hideous black rattle-can paint job on it.

Edit: They could have completely disabled boost, but why? If it indeed has a 1390MHz boost I would leave that on and include it in the benchmark listing.

It's all hearsay until we can verify that this is legitimate anyway.

We've seen this time and time again with other hardware in the past. This is no exception.