So im sure a few people have, and some haven't seen this, but the rumored GTX 780 is now official and Videos and reviews are popping up everywhere around the net, and its turning out to be a pretty interesting card.

The specs for it are :

A Core clock starting at 863Mhz

also instead of being stuck with one cooler, the manufacturers custom coolers are already implemented on there respective cards as well, which should be interesting to see how well they perform with such a powerful card.

so feel free to post what you thinks about this in the comments:

Do you plan on picking one up eventually? or will you still wait for the AMD 9000 or 8000 series to see how things stack up ?

Do the features of the GTX 7XX series interest you, such as GPU boost 2.0 and the rumored possibility to use some of these cards Compute power to enable Game and Screen capture while using the card itself for other tasks ?

It's actually supposed to be an average of 35% faster but then it is also around 35% more expensive than a 680.

Personally, me gonna wait till 8000/9000 series, the prices will fall, the drivers are gonna be better, AMD might come up with something better and I should have a job by then so I might be able to afford it.

Thanks, havent really looked into all of the reviews yet, ill update the post!

I've seen alleged benchmarks, both gaming and synthetic, that put the 780 pretty close to the Titan. I am going to wait for more solid news, however. It does have the potential to be a really great buy - providing you're building a new system/ don't have a GPU.

Having just gotten a 680 4GB 6 months ago, the performance increase is a bit disappointing. I'll probably use the release as an opportunity to catch another EVGA 4GB 680 on sale, and go 2 or 3-way SLI.

I've seen some sources place it quite a bit faster than the 680. If you already have a 680, it wouldn't be worth the cost.

I never said you intended to get a 780. I was merely stating it wouldn't be worth it to you, or anyone with a 680. But, one of my proposed builds uses a 1440p monitor, and this card sounds like the perfect fit.

Speaking of this, I owe you an apology! They definitely did go with the Titan cooler. You were right with that older thread (:

I totally had a go at NJM1112 for being wrong. I didn't realise you had been in that thread.

I even had those photos posted before they were used in The Tek. If you had seen them in The Tek, you would have all shut your mouths xD 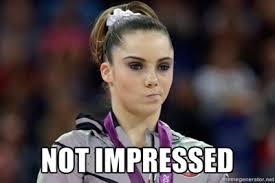 not that i'll be getting one, way outa my range

I'm so glad you mentioned Linus had benchmarks up, I trust few others. This thing is definitely worth it at 1440p resolution.

I can't believe some people are completely underwhelmed by this. This is the only single GPU I would buy for any resolution higher than 1080p. It is keeping up with the very over priced Titan... ridiculous.

Here is the video for anyone else who wishes to see it:

Drink the Kool-aid; your computer is never done being built.

"A system is never built... until it is completed in a Silverstone TJ08B-E"