This is expected to happen especially mow with the new cards coming. Though I have noticed that some prices haven't budged at some retailers while other retailers severely undercut themselves.

I will say that it is funny to watch stores that only have one card and one price and no online store like best buy compete with walmart (goddamn walmart) with the same card or the same series have Wildly different prices.

Can someone let me in on the joke here because this is really stupid. And yes, I know amazon has better deals on mhat I am looking at (370) which, I think, beats out anything else I have seen. 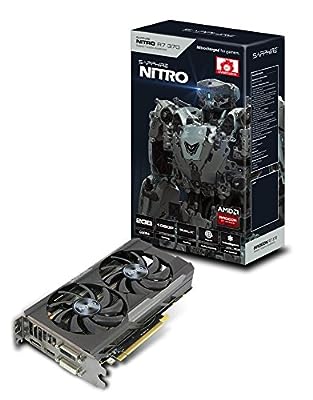 Even amazon has screwed up prices though too. Am I missing something here?

How about you guys. Any good GPU deals that seeem weird to you?

This is the weirdest deal at Microcenter
GTX 770 for 179 will ship
GTX 760 for 199 in store p/u
Granted the 770 is refurbished and both are reference cards but 1500 cudu cores for under 2 bills is sweet.
I do recommend open box deals. I got mine for 135 in jersey and it is rock solid and I saw one in philly for 143. At that price don't expect packaging or software.

Well yeah not that strange that the R7-370 (x) is dropping in price now.
That card is allready 4 years old basicly.

380s went down in price too, just picked one up on sale to part out my 280x to a friend. Always nice to see.