Ps, I would prefer if they would throttle Kardashian watcher type of users first rather than people who use their services for gaining knowledge and providing good informative content

How is this a surprise ? 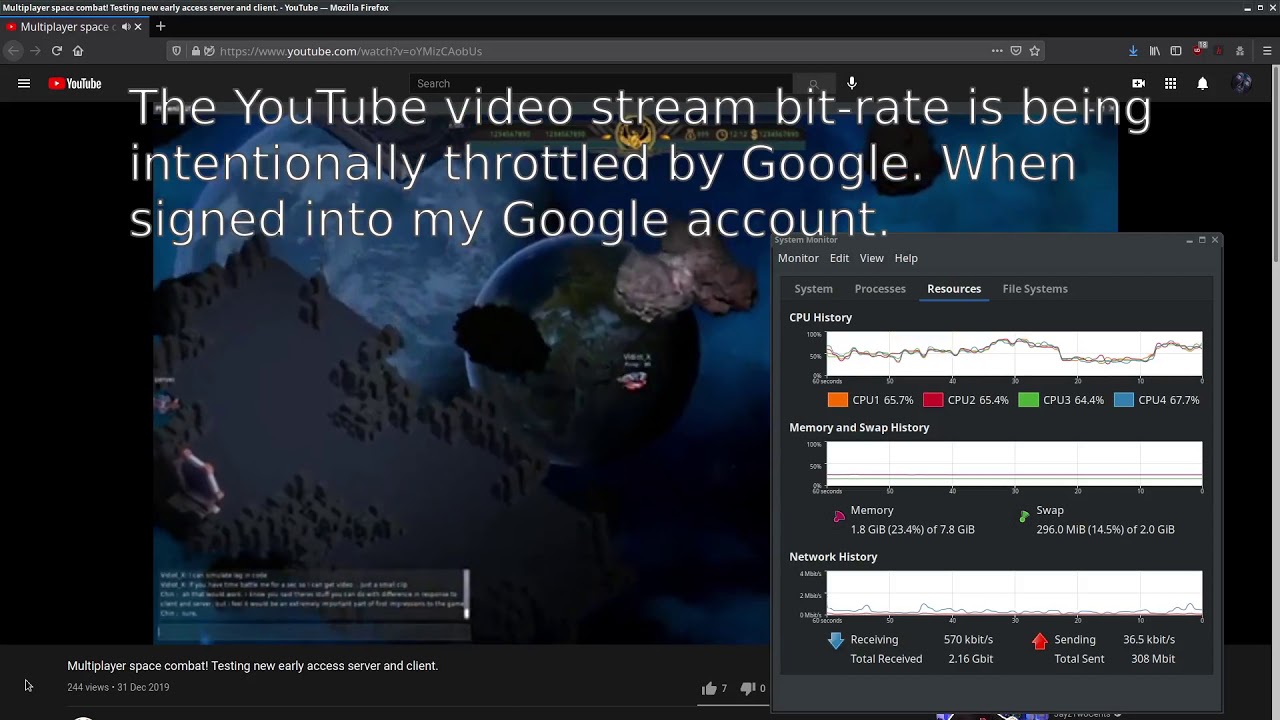 The effect of this is (i have a triple monitor setup) using FireFox as my go-to still but pasting YouTube links into Chrome which I never sign into with my Google account.

All crazy and such a wild dial back on the bit-rate when throttling. NOT COOL!

So, I’m looking for others to verify this if possible (video above).

All you should really have to do is tether your cell phone to your PC. Make sure that it is the internet connection you are currently using. Stream a video from YouTube while signed into your Google account. Then sign out of your Google account, stream the same YouTube video and compare.

If you are effected you will have a very similar result to what is shown in the video above. One note here is Google seems to be very closely matching it’s throttling to the traffic history of your mobile ISP. So typically throttling occurs during peak hours say 1:00pm to 12:00am. I always use 360p 30fps for the best indications but try’em all.

Put yourself in Google’s shoes for a moment. It sounds like the people affected by this throttling, don’t have super fast connections. ie Cellular or DSL.

Now just because google could send a higher quality stream, doesn’t mean that it should. Sounds like Google is pre-throtling the traffic for user experience sake. Because Google realizes that if they throttle the streaming traffic on their end then the ISP won’t see heavy traffic from google and attempt to throttle a higher bit-rate stream.

The result of the ISP throttling the traffic would be choppy, buffery, crappy video. But if Google pre-throttles it, the video will be smoother just not as high quality. They are anticipating the capabilities of the last mile as @Vidiot_X mentions here:

The upshot here is Google appears to be throttling the streaming bit-rate for a YouTube video to match the traffic experienced at the ‘last mile’ ISP connection point based on history and not actual conditions as logging out of my Google account stops the YouTube bit-rate throttling and videos stream at the actual ISP’s maximum bit-rate.

I think this is like the misattribution of malice that Wendell keeps warning us about. It could be much better explained and justified if the purpose is to provide a better service, even if the implementation is somewhat flawed.

Sounds like Google is pre-throtling the traffic for user experience sake.

What is wrong with a small info-bubble on the resolution selector suggesting to lower it?

To quote myself (Mozilla)…

When coupled with the user agent string associated throttling there is a lot to look into here. What metrics is this account throttling based on? Is it the web browser I use? Is it because of the use of a third party plugin like UBLOCK Origin? Is it a deal between the mobile ISP and Google to throttle streaming during peak times and potentially get-around no stream limit options like on my mobile account? It’s very real and worth investigation.

What is wrong with a small info-bubble on the resolution selector suggesting to lower it?

Nothing’s wrong with that. That’s why I said maybe not the best implementation. Doesn’t change the possibility that they may be doing it for user experience.

Number one and the most important question is to see if anyone else is getting throttled this way.

There might be number of reasons why user would get throttled.

I could think of few reasons why user user might end up on some naughty list as well so simply it would be good to see if the same is happening on some other user ID.

Number one and the most important question is to see if anyone else is getting throttled this way.

I encourage others to verify this… pretty easy to do.

The fact that this throttling does not seem to happen on my DSL connection, at least anecdotally, feels like a more globally mobile issue. But testing and verification can tell.

I in fact tried to verify this and couldn’t replicate it.

Also did you use an ad blocker?

Information like this will help me to isolate the issue, reason and region.

My hunch is that one of three possibilities is occurring for me.

There are other reasons that are plausible I’m sure but these seem the most likely to me. So if you test this out knowing the cell carrier is import for my research.

So to help to expedite things a little my carrier is US Cellular. This carrier is expanding and known to be limiting video streaming bandwidth. My particular account is exempt from such limits and a good fit for possibility 1.

Not only highly likely… I have AT&T and they flat out tell you that they limit video streams to 480p on an opt out only basis. It’s a “service” called stream saver I think. 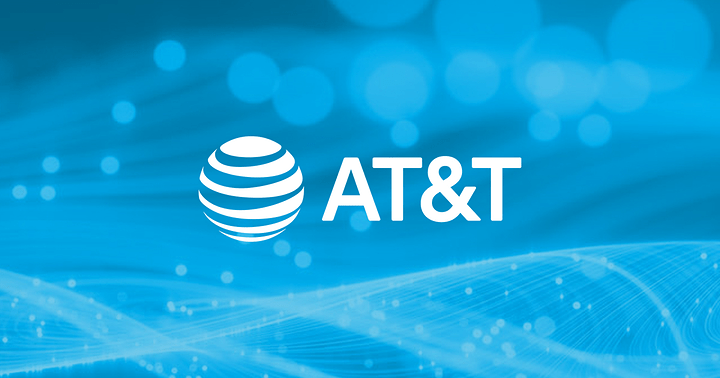 Get the most out of your data with the new AT&T Stream Saver.

Hi, disclaimer, I work at Google, but on parts of the Ads system and not YouTube and not the part of Ads that deals with YouTube (nor am I in management or privy to product launch decision making, quite removed from that part of the org actually).

From random lunch conversations, back when we had them, the throttling behavior you’re describing is certainly technically and from an infrastructure perspective possible, but I’m doubtful it’s desired. Your account might be a part of some private experiment that changes something for you on some browser… just by virtue of your account id hash mod 1000 equalling some random const number, you might be a part of the browser experiment. Usually we’d try to launch things in the other direction, ie. to maximize the bandwidth going to/from you (regardless of revenue). It could be an experiment going wrong that nobody has looked at, given how it’s Christmas and the engineer working on it is away or something… (yes there’s supposed to be automated systems to ramp these experiments down… sometimes they are just broken somehow annoyingly and person changing stuff might regrettably overlook stuff, and/or overly rely on these).

As for reality tv style videos vs. educational content… it’s sad that those reality videos may end up available in higher quality because they’re served from a more nearby cache to people watching those (BBR and quic/http3 and random technical reasons like that) - whereas what I (and probably you as well) consider smart contents tends to be served from “core network” datacenter further away, making it more suceptible to random stuff happening on the internet.

The Google internal network capacity that would be used to deliver these niche videos from core network to a pop nearest to your ISPs advertised route is usually not a problem, and it’s more likely your ISP is cheaping out on their backhauls and last mile gear so that at “peak” and throttling you somehow). This shouldn’t happen on a per-account basis, or on a per-logged-in-status basis, or on a per adblock installed basis… although your ISP can probably easily tell if you have adblock, I doubt they’re technically advanced enough to figure out a way to exploit that in a meaningful way.

Same things apply to packets from you towards Google, Google’s position is generally along the lines of “keep it up, send more”, but sometimes the ISPs cry foul either legally, or technically by throttling individual tcp/udp flows… That shouldn’t apply to browser/account. Google might be throttling YT bandwidth to not DoS the ISP (… or the carrier ISP is using on some places, although most ISPs just peer directly with Google and don’t pay a carrier for transit).

I’ll try file a bug internally pointing at the issue, but I won’t be able to followup on specifics here (it’s just not my place to do so). You can ask me other, technical, non specific stuff if you’re curious.

Throttling bandwidth just because of adblock and throttling video just because firefox != chrome is against some of the non widely externally publicized internal core product principles. (it’s just not good for Google in the long run and doesn’t really save Google anything in the short run either, I’m doubtful it’s what’s going on… it’s actually actively bad for both advertisers and consumers in the short term, and bad for publishers long-term… and short-term cash would flow from Google to publishers on these cases… highly doubtful it’s intentionally done).

ISP requesting throttling during peak hours… makes more sense, but browser/logged in shouldn’t matter… unless this is a misconfigured experiment.

Meaning my carrier? Wanted to make sure and then comment.

Take a look at these three images of a YouTube ‘LIVE’ video stream test. Notice the bit-rate (burst) pattern in the system monitor windows. It shows what I suspect is Google using a temporal form of throttling.

In the first image I am using Chromium and streaming live from google. You can see the data burst is even, regular with peak burst rates of over 1mbit/s. I am ‘NOT’ signed into my Google Account. 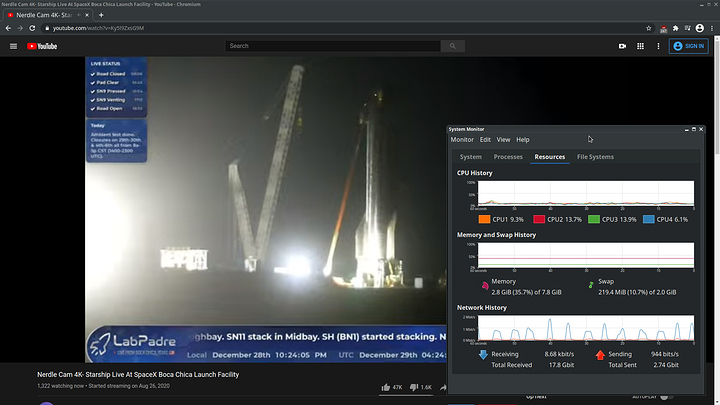 In this second image I am using FireFox and streaming live from YouTube. I am ‘SIGNED IN’ to my Google account. Notice the bit-rate patter now. Continuous, with an irregular distribution of data and an average peak data burst in the 200kbits/s. 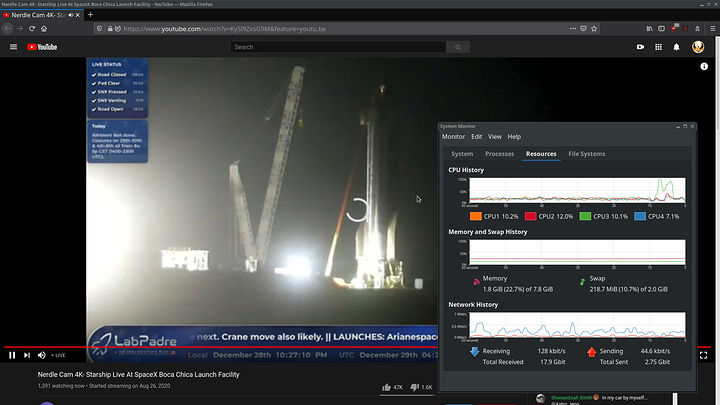 In this third image I am using FireFox and streaming live from YouTube. I am ‘SIGNED OUT’ of my Google account. You can see the data burst is even, regular with peak burst rates of over 1mbit/s. and in almost exactly the same manor as in Chromium. 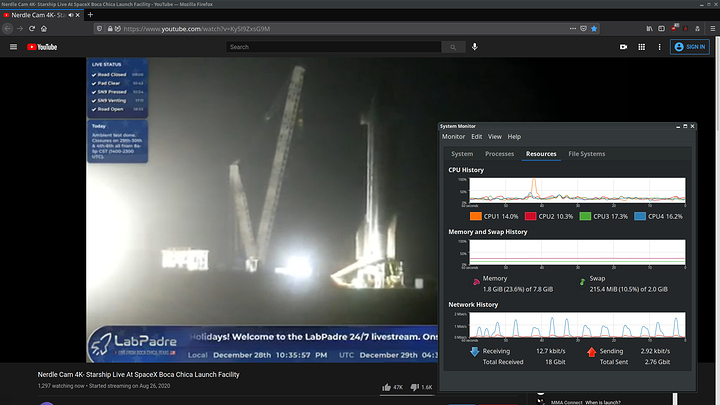 Aside from even more evidence of Google account throttling these images indicate a temporal throttling of the bit-stream. Why would Google do that? Well I’ve listed my guesses above.

All very interesting. Also another interesting thing. This is a completely separate Google account I am testing with to the one I used in testing before. So this Google account throttling effects multiple Google Accounts.

I mean no disrespect in saying this… But are you aware that if you manually set the “Quality” (resolution) of a YouTube video via the Settings cog at the bottom of any video, then that preference will be remembered for not only the video being watched, but all future videos? That playback setting is saved for the Google account signed in at the time. Now, if you log out of your account, or use a different browser that is not logged into your account, that playback preference no longer applies, and YouTube will stream as fast as it can (on Auto mode).

So… If you set your Quality to, say 480p, whilst logged in, then your bitrate will be correspondingly low. Log out, or use another browser, and Auto mode will stream the same video at the highest Quality/resolution/bitrate it can… which (likely being greater than 480p) would produce the bandwidth profiles you are seeing.

I’m confident that you have checked the actual Quality setting of the videos that you are testing with — to make sure that those settings are consistent across all of your browsers — but I don’t recall you saying that explicitly.

This message is just to ensure that “the bleeding obvious” explanation has, in fact, been discounted.

I ‘always’ set the video quality ‘manually’ to 360p. I list that as the method I use for testing above.

So I think that is the right way. Resting the quality manually each time I view the stream. No Auto mode.