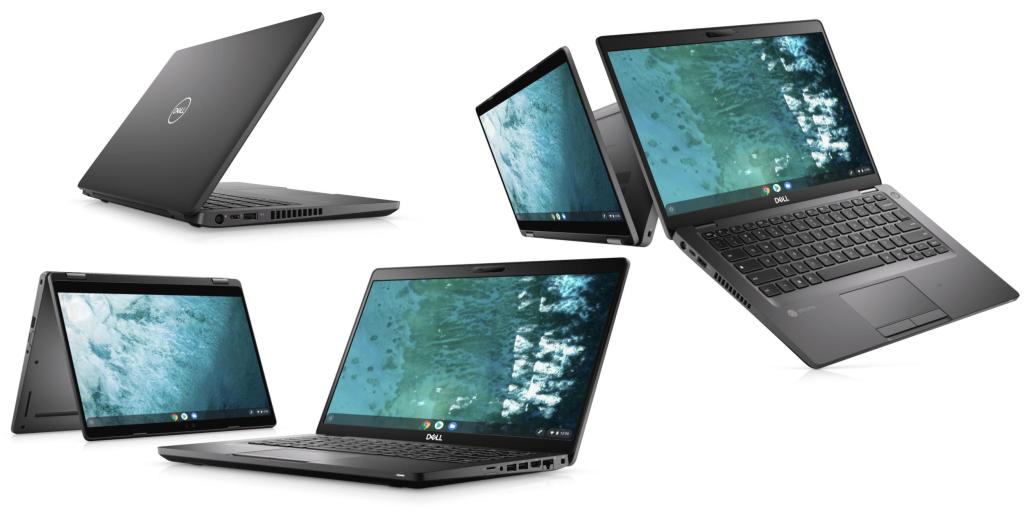 Chrome OS has made vast inroads into education. Many of the operating system's advantages also translate to business and Dell Latitude Chromebooks...

The chromebook based Latitudes, the Dell Latitude 5300 2-in-1 Chromebook Enterprise, and the Dell Latitude 5400 Chromebook Enterprise, will have the same specs as their Windows counterparts, as they are the same machines, just with ChromeOS installed instead of WIndows. Of course, this means that we have the choice of having a Intel Celeron 4305U, an 8th Gen Core i3, Core i5-8365U, or an i7-8665U. It also means, that we will be able to fit a up to 1TB NVME drive into the machine. They both also support up to 32GB of RAM. Google also worked with Dell, to bring pre-OS hardware diagnostic tools to the laptops. This is the first time that the feature has been on a chromebook. It will allow for easier diagnosing of problems.

I believe that these chromebooks are only the second and third books to have NVME drives… The only other book that I know of is the pixelbook, and that was only for the i7 model. The others mostly have emmc memory.

EDIT: Interesting. I read on Reddit, that the machines are exactly the same. But according to this article, the motherboards are different and that is the reason why you would not be able to install WIndows later on down the line if you wanted to:

Despite sharing the same chassis and a large number of components as the Windows variants, enterprise adopters of the Latitude Chromebook Enterprise won’t be able to swap operating systems down the road. This means that if you buy the Latitude with Chrome OS and decide at a future point that you would rather have a Windows notebook, you wouldn’t be able to do that. “Trust us, we thought about that,” Dell’s representative informed us. “But the motherboards are different, and the board used on the Chromebook Enterprise was designed for Chrome OS.”

EDIT2: According to Reddit user, ashdrewness, whom I believe may be a Dell or Google employee based off of his post history, says that if you call a Dell sales rep or if you have a Dell Premier account, you can subtract the bundled Chrome Enterprise License, and get the laptops for $100 less as you are subtracting the Google Enterprise License Tax.

That includes the Chrome Enterprise License (as these are intended for business use). Subtract ~$100 to get the base HW price. The dell website hard defaults the license on because that’s how they’re choosing to merchandise it, but if you call a sales rep or have a Dell Premier account you have full configurability.

So only a $31 dollar difference would exist in favor of the Windows based laptop. Price was generated on the Dell USA website on 8/27/2019 @ 11:43 American Central Time.

not be able to install WIndows later on down the line

I give it a week

On a different note. Why does a chrome os latop need an i7, I thought these were glorified tablets?

Why does a chrome os latop need an i7, I thought these were glorified tablets?

You can run Linux apps and Android apps on them now. So if you need to do something powerful with a Linux app, now you can do that with the extra horsepower and drive speed.

Also, like, I would say 97.99% of chromebooks have everything soldered on. So having something upgrade-able and user replaceable is cool.

I give it a week

Windows will come out with its ChromeOS competitor sometime next year. I read a rumor a few days ago that says that it will also be able to run Android apps. And with WSL you can run Linux apps. So… It will be interesting to see what that market will look like when Windows comes to town. No one really knows what’s coming from MS so everything is up in the air.

You’re sure that’s not win10S?

Nah. It’s going to be something different. Written from scratch. Its called Windows Core.

Ohhh, and might you be able to infect IOT stuff with that too?