I want to bluild a PC for my friend, he has 500€ and I want to know, if the parts would be good for games like Minecraft or something like Bioshock. It don't has to run in ultra settings but medium would be great.

I like what you have but I would go with this

(Edit at your wish) http://uk.pcpartpicker.com/p/VhHRYJ

better go with the fx-6300 , is gonna make a difference in multi-threaded games and and its a more powerful cpu than the pentium (stock for stock , oc for oc). Also for gpu you can search hd7850 , I have this gpu is one year old , but it is better than the r7 260x . If you can find it for the same money go for it. The cpu is gonna make a difference in the futute too. Also don't go with the the 400watt variant (I wouldn' go with sharkoon at all for a psu).

this ram is cheaper

for case not the nzxt one as it has blocked the front intakes. and its more expensive than the one that i recommend.

for keyboard go with a cheap one like a microsoft 600 or cheaper same goes for mouse. It will get the job done and you can spend the extra money on something else.The 30 euro you will save can go to the fx-6300.

For os I know that you can get os in some sites for less money. Does your friend have an old pc? if he does he can transfer the os to the new pc. If you do that , invest the total difference on the mobo and the fx-6300. Don't go with the pentium as you will need to change the cpu on the future for a better gpu , the fx-6300 can handle even an r9 280x when overclocked. The pentium will bottleneck. I have seen pentium(oc)+gtx760 and fx-6300(stock)+gtx760 both cpus deep the fps a bit , but the pentium deeps 5-15 fps  (spefically in crysis 3,which eats cpu power for breakfast). 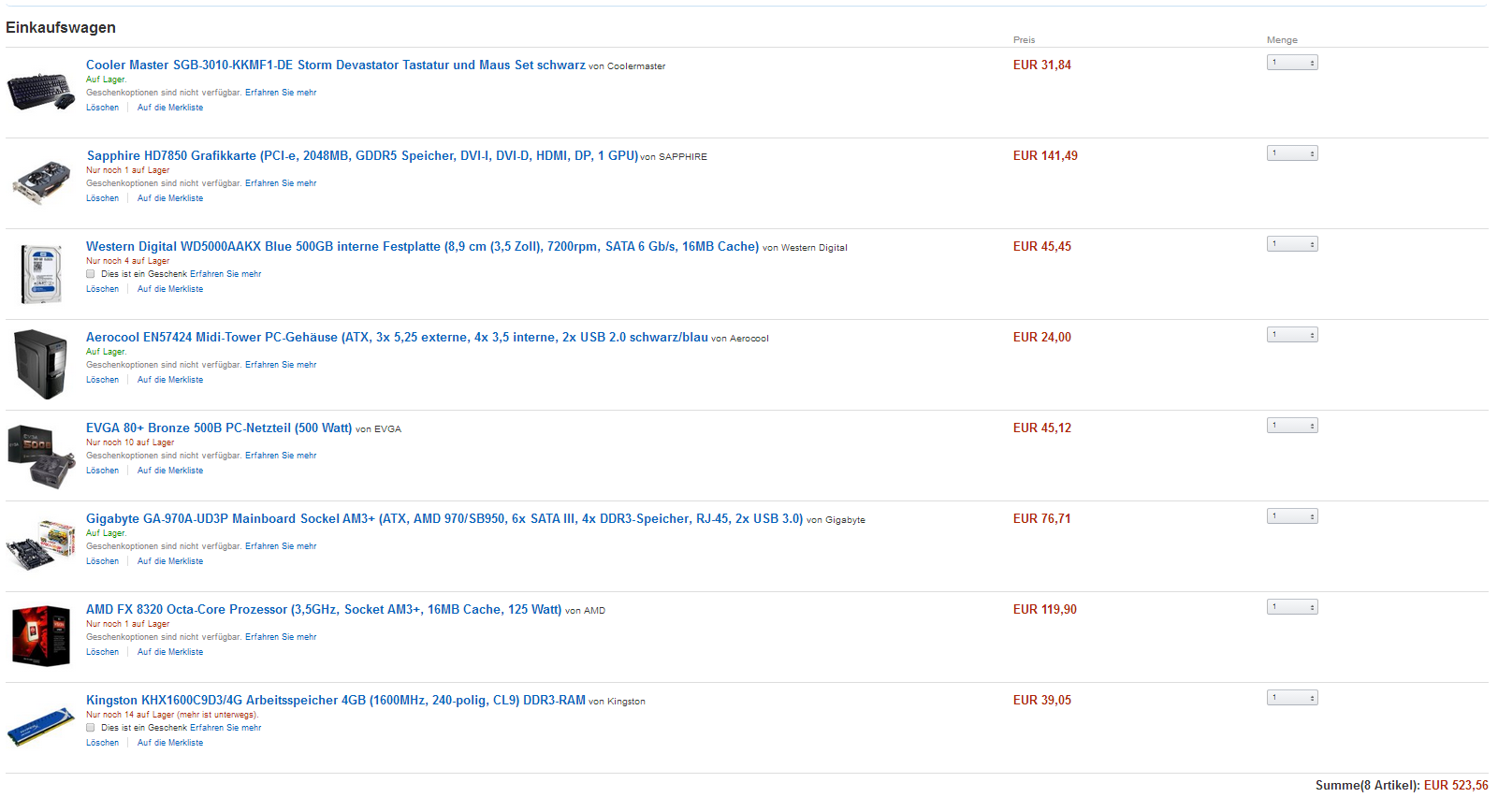