"Giving" someone a VM for animation?

I've got a friend who wants to get into animation (2d right now) but her parents won't let her download anything to their family computer. It's Windows 7 and she can use it whenever she wants, just can't get admin rights on the thing. I'm trying to figure out if there's a low-enough-latency remote desktop program that would let her use a VM on my server to do animation work. I have plenty of spare CPU (my server is an FX6300 machine with 24GB of RAM) and doing 2D animation it wouldn't even break a sweat. Is there some kind of remote desktop program that would be smooth enough and low latency enough that she could use it for animation?

I would prefer it be decentralized (not like TeamViewer where you're using their servers as a relay) but if there's a really good proprietary centralized one I could probably stomach that. Ideas?

Theres a few apps that she could use, yeah, but it's stupid that she can't even install something like GIMP and over all it won't be as good.

If the VM runs windows ... the built in remotedesktop is really not shabby and windows 7 comes preloaded with the matching client, so nothing has to be installed.

Oh yeah I didn't even think about RDP, I've only used that a few times since I'm usually a Linux guy lol how bad is it to play video on RDP? Obviously it won't be perfect but is it going to be unusable for animation?

That depends highly on the connection speed ^^ but generally its... uhm... ok

Isn't RDP the only solution in this situation because for anything else you have to install software which is not allowed?

What about portable software that she could use?

Yeah I was mostly asking if there was any kind of in-browser thing. The software she wants is available as portable software but her parents will be angry if she "downloads stuff" sigh luckily RDP seems to work, thanks guys!

Sometimes I can't understand parents. Don't they want their kids to learn more and be good at something? I wish I had tons of money so I could simply buy her a new PC to work with.

just ask her over for animation and chill

'anydesk' might work for you, they have quite nicely optimized rtp with low header so latency shouldn't be much of a problem with it. (its free for personal use) its this or teamspeak and the other green one (but can't remember the name)

Setup a server, install ProxMox, crate a user for her now she can login to the web interface and with https connect to a novnc connection and run it over the internet this is how i manage all my servers ex below

This does however require that you have a server with no os as Proxmox will replace it so it can host all of your vms. 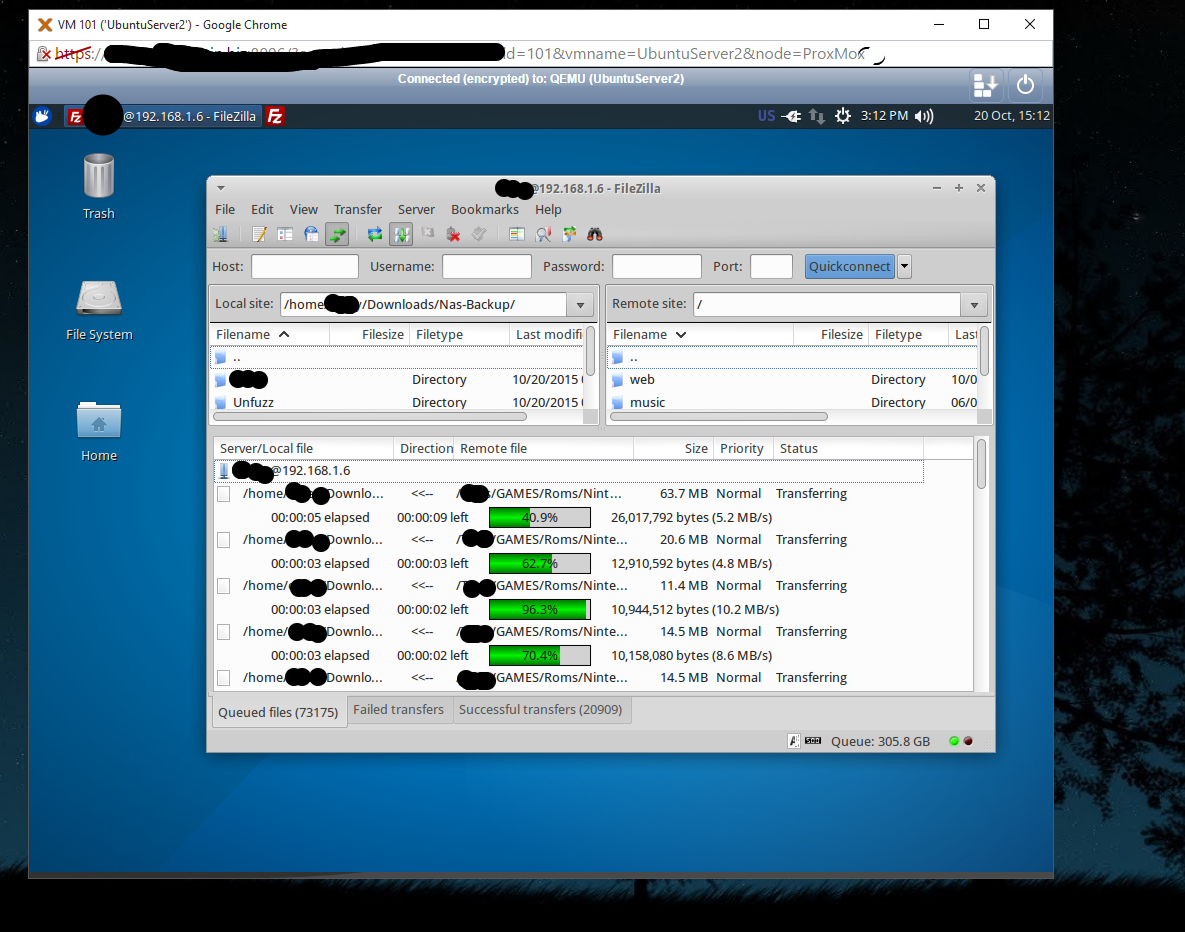 I've already got Proxmox, in fact that's what I use for all my VMs already. I just couldn't get noVNC to be low enough latency for animation work in my experience. Is there some way to "adjust it", because if so that would definitely be a better option

It's going to be slower if you have slower upload internet, idk that it is the best solution for drawing now that you mention that.(kinda skimmed post)

RDP is actually great except for the mouse doesn't move in a fluid motion, it jumps from point to point, so drawing a smooth curve is exceptionally hard...

I don't think there is going to be anything you can do about that.
since it is just screenshots being sent out