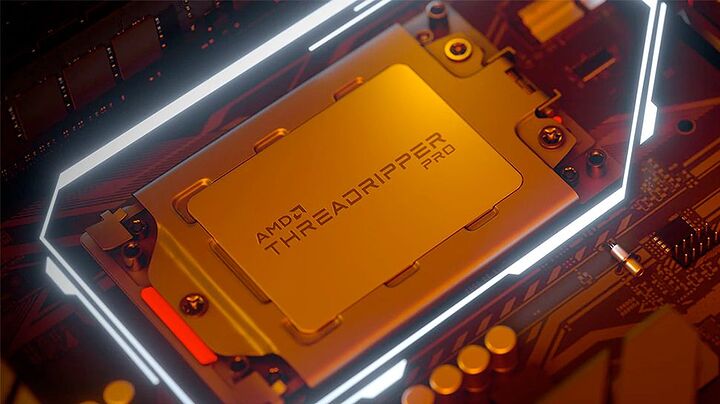 Finally some “news” on the TR5000 front. No news regarding release date, the rumored “November 2021” seems to be adopted by most websites.

Specs aren’t really that surprising if you know about Ryzen Zen2 → Zen3 and how Milan CPUs look like. Only unknown is base and boost clocks with the increase of TDP to 280W over Milan chips. As long as I get my 32MB L3 per core and >F-series Milan clock, I’m fine

edit: AVX512 support would be big business and fu Intel. I certainly didn’t expect that before Zen4

I’ve been waiting for this. Granted, video card availability being what it is, it’s not that hard to wait.

video card availability being what it is, it’s not that hard to wait.

You lucky one. I’m just waiting for my CPU, everything else is ready to ship on my system. But reasonable GPU prices are half a year ahead. On the other hand, the weeks before christmas, were the hardest when I was a kid.

And I’m doing a massive upgrade from 4 cores to 32 cores and from 8G memory to 128G. Has been a while since I’ve been that much into computing and enthusiasm, I had a bad timing to get back into it. But I’ll be worth the wait…and summer '22 I get a graphics upgrade after Intel pushed GPUs in volume onto the market.

@Exard3k Yeah. I’ve wanted to move out of the web dev space, personally and professionally, in other directions. I’ve been curious about getting into CUDA and neural nets. This build was supposed to really set that in motion (as well as some gaming, honestly), but I have an Phanteks case and an EVGA 1600W power supply sitting under my desk just collecting dust right now.

It makes me low-key angry, but my wife criticizes me for the absurdity of not being able to buy computer parts orders of magnitude beyond average computing requirements. At least you all understand.

If you run loads that require lots of memory (machine learning and so), the GTX 3060 with 12GB of memory is a very attractive card while non-professional cards are very memory-starved. Not so prized in gaming, but great for scientific/AI use cases. Seems like Nvidia is pumping them into the market right now. Best luck to you

Interesting. I reached out to some former colleagues that do this more regularly and they suggested the 3090 was the move as you “need” the high memory for anything even approaching modern model fitting.

Yeah…3090 is better. But the price gap is huge. There are only these two models in the GeForce lineup. Check what memory you probably need for your intended use. I’m not an expert on the topic, but check out “Jeff Heaton” on youtube, an academic that reviews hardware/GPUs for deep learning. Very professional appeal and knowledge as far as I can see.

@Exard3k Subbing “Jeff Heaton” now. This is exactly the sort of thing I need. Appreciate the tip!

As already mentioned this leak smells a bit strange:

The Gigabyte leak only reveals minimal information regarding the new Zen 3 Threadripper chips: There is no full spec sheet to speak of. But the leaks do reveal AVX-512 support,

Wouldn’t AVX-512 have made much more sense to introduce with Zen 3 EPYC SKUs and not TR?

Or maybe a Zen3+ revision so there’s actually a reason TR 5000 got delayed so much?

Intel has started shipping AVX-512 in the 11th generation i9-11900, not just in Xeons. So perhaps AMD got wind of that and brought it forward?

So perhaps AMD got wind of that and brought it forward?

I really hope they did. Intel on AVX512 optimized code can still compete with AMD today and probably surpass AMDs capabilities with the upcoming Intel CPUs. This won’t matter in gaming benchmarks, but to stay competitive in professional/scientific workloads, AMD has to get this done at some point.

I double-checked the “leak” and the original leak was published by https://wccftech.com and they don’t mention AVX512 at all. So take all that AVX512 stuff with a grain of salt.