I can't stress enough why in the long run shooting for a higher end cpu beats out a high end gpu. A weak cpu will become a bottle neck way faster than a midrange to mid high range graphics card since the cpu will have greater life expectancy. When you put a lot of money into the cpu you can progressively upgrade the graphics card or just get sli or cross fire down the line. A proper cpu investment can survive upgrades that will allow you to max games for up to 4 years. Think about it a intel core i5 2500k came out exactly at the start of 2012 that cpu is 4 years old now and still is not a bottle neck in any game. There is only a 26% performance gap between the 6600k and 2500k. So lets say some one got a 2500k but with a GTX560Ti sure their graphics card won't last long but it will do for a year or 2 till they get something better plus they can sell the 560 ti and make the next graphics upgrade cheaper. Where as getting a HD 6970 and a fx FX-6100 would have created a case where they still replace the gpu in 2 years and now have a cpu bottle neck sure they maxed games for 1 year but they still upgraded gpus around the same time so in the end they pretty much just payed more for a weaker cpu. This gets worse as the cpu gets worse. The more you skimp out on cpu performance the more you are looking at a bottle neck down the line as opposed to just swapping to a stronger graphics card to the point where you may have to do a full system upgrade a year or 2 earlier instead of just upgrading the graphics card. In the short term getting a more power graphics card will give you greater fps but it will be very short term. Remember the turtle wins the race.

Since the core 2 duo days the cpu performance has been outlasting GPU performance significantly.

Also when shopping for graphics cards compare fps in games avoid sites like gpu boss at all costs.

For instance the 670 out performs the 960 by 1% in real world performance but you would never guess this from benchmarks not saying to get that over a 960 due to how old it is just bringing it up if I could have found one for cheaper I would have gotten it over my 760 back in 2014.

I would argue that rather than a a high end CPU off the bat get what works for the budget and get a high end GPU with most of the budget, use another amount for a really good motherboard that will allow you to upgrade to a higher CPU later.

That way you get the gaming here and now and have the ability to get the great CPU when ever it suits which will bring that extra bump.

You never know when a cpu will change the needed socket. Intel for instance has been changing sockets a lot lately.

They are done with that they say. It was part of their Tick Tock cycle where every generation would bring some improvement and allow for quick turnaround and real info on what people actually wanted over a few years.

Like the FIVR, Voltage Regulation went from mother board to CPY and then it impacted Overclocking so they moved it back to the board with skylake.

Now they are apparently back to the generation game where they will wring the life out of them and then new socket and chips.

And even with the tick tock there were usually two generation of CPU per board generation and with Intel that mean about 30 different CPUs per socket. A range of choice from low end pentium to extreme i7.

So you could and can get a Z170 top end dboard. Drop in a Pentium or something to get running and then later drop in an i5 or i7 later on as budgetballows and at that stage you have the board to take full advantage and make it last a few years. No mess really.

So you could and can get a Z170 top end dboard. Drop in a Pentium or something to get running and then later drop in an i5 or i7 later on as budgetballows and at that stage you have the board to take full advantage and make it last a few years. No mess really.

This, though it is kind of stupid to get a Z710 board and a pentium. A really backassward build. I wouldn't, but it works.

Just an example. You can lay the ground for a kick ass PC on the relivite cheap. Then when you have more money drop in better parts as the base is good for everything. 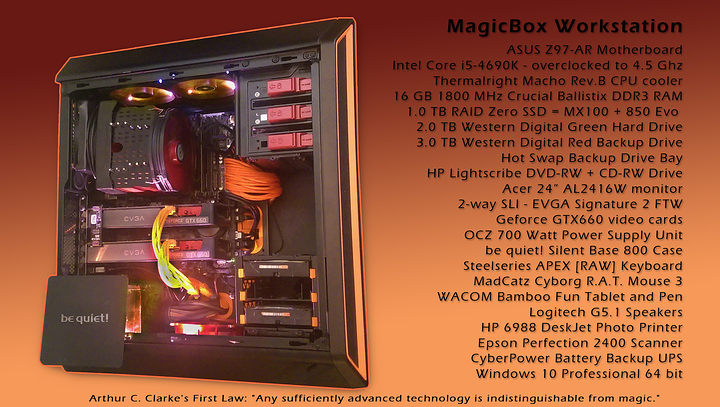 I went from intel pentium to core 2 quad. That core 2 quad lasted me a while lol. But thats the thing we are all saying intel early amd could do the same phenom 2 where beast cpus. A lot of these budget cpu with high end gpu builds are amd.. Which has a lack of a upgrade path. When a 6300 becomes a bottle neck that 8350 wont be far behind. And athlon builds just make me cringe.

For first time builders it's good advice because it is more likely that a first time builder is a noob and it will be easier for a noob to change the GPU than the CPU down the road. It's also worth noting that CPU's don't tend to decrease in price as much or as fast as GPU's.

However, there is one potential problem. If they don't get a good enough PSU they might find themselves in a position where they have to get a new one to go along with their GPU when they decide to upgrade. And as I said earlier, first time builders are most likely noobs.