I'll try and both keep that brief, while try and be as informative as possible. TL;DR at the end.
The Beginning:
Some time ago, Gearbox have announced a cooperation with G2A for publishing the new Bulletstorm sequel/remake. The company, Gearbox that is, got buried under accusations of G2A's shady practices. Most vocal of all seems to be Totalbiscuit, who caught the attention of Gearboxe's bosses.
After a long and obviously fruitful discussion, Gearbox have been reconsidering their brand deal with the storefront.
Basically Gearbox issued an ultimatum towards G2A - legitimize your business, or we will abandon your storefront. They have given a list of requirements, that G2A needs to fulfill.
The End:
Well, G2A have not responded at all to the Gearboxe's demands. In return, the publisher have started an "extraction process" to remove all it's products from the store.

As there has been no public
movement from G2A by the time Bulletstorm: Full Clip Edition launched
now on PC, Gearbox Publishing will be doing their part to not directly
support a marketplace that did not make the new public commitment to
protecting customers and developers requested by Gearbox Publishing,We
do not control G2A’s marketplace or where they may obtain keys from
parties outside of Gearbox Publishing, but we can confirm that today we
have begun executing on our extraction process.

TotalBiscuit have made quite a long and informative video on the topic:

TL;DR
Gearbox have started to work with G2A on a brand deal. After revising the shady practices of the store, Gearbox demanded a list of changes in order to keep supporting the store. G2A have not responded, making the demands unfulfilled. So Gearbox have started "extraction process" to remove all it's games from the G2A store.

Part of me wonders if Gearbox actually did not look into their potential business partner? Like at all? Because the G2A shenanigans are anything but new or secret.

The other part respects Gearbox for listening to the purported evidence and following through with what they said they were going to do.

In other words, G2A have confirmed they are not interested in being legit and are happy to continue selling stolen shit.

It was nice of Gearbox to still want to work with G2A, even tho they knew G2A was up to no good, after G2A became more legal.

It reminds me of the stories of girls that go out with bad boys and think they can change them.

Part of me wonders if Gearbox actually did not look into their potential business partner? Like at all? Because the G2A shenanigans are anything but new or secret.

Most people literally think its an extension of steam. Its fucking stupid.

Especially after they started something in gearbox's neighborhood.

Honestly its no different than ebay or amazon with legit and not so legit sellers. I have found stolen items on quite a few sites.

G2A has always been a scummy company and this is just more proof. They probably ran the numbers and found that complying with Gearbox's demands would result in a net loss since it would inhibit their ability to sell sketchy keys. This isn't the first or last time they and other online key re-sellers have shown they're shady as fuck, don't use them and don't endorse any of them.

The difference is Ebay protects its customers through Paypal as standard. G2A charges customers for protection against dodgy keys.

Not just that...
There are a lot of officially revealed ways G2A is actively knowing it is selling stolen goods and damaging small indie devs, that can't quite defend themselves properly, and are bullying them into silence or whatever...
There are quite a lot of sources and proves, that G2A are doing way shadier stuff than Ebay or Amazon... 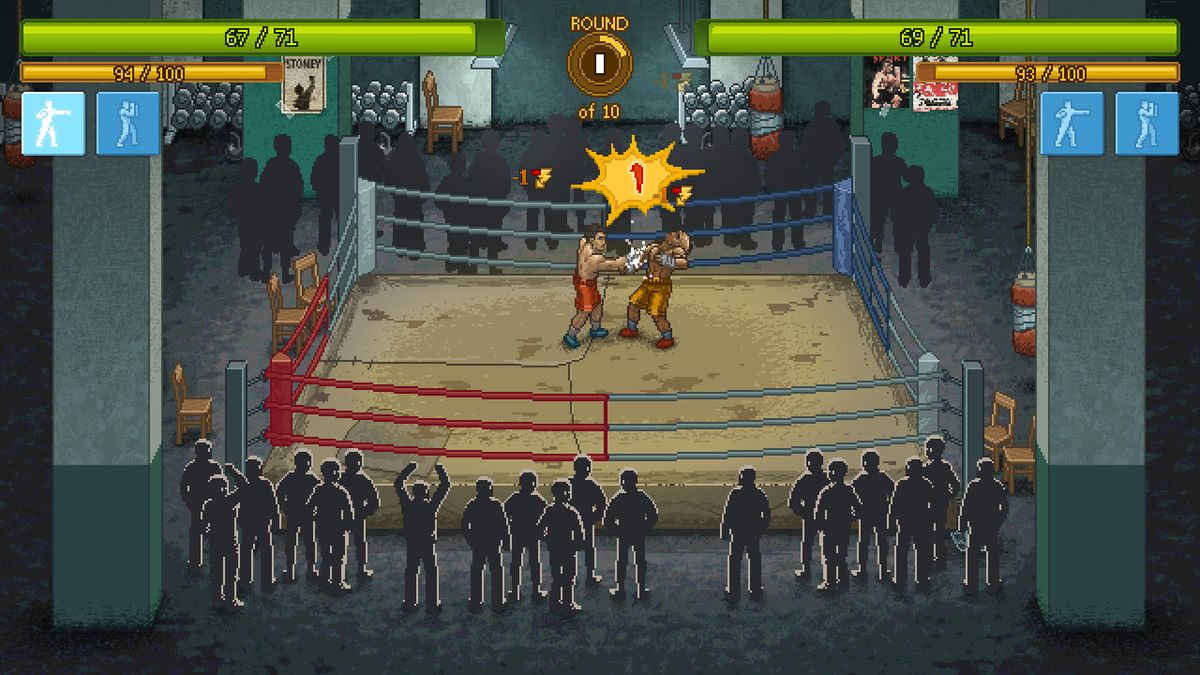 TinyBuild claims G2A sold $450,000 worth of its keys without paying a penny

The Hard Truth About G2A, Kinguin and Grey Market Keys

Disclaimer: This article is not one sided. It looks at both sides of the issue and lays out the truth as presented by the facts of the matter. Those looking for confirmation bias one way or the oth…

One indie developer claims a popular PC key-reselling website sold nearly half a million dollars' worth of its games - and didn't receive a penny in return.… The truth behind those mysteriously cheap gray market game codes

The Steam key for Gravity Ghost, the new release from Ivy Games, cost Polygon $12.44. The indie game is just a few weeks old, and currently the only place to buy it is through the Humble Bundle... 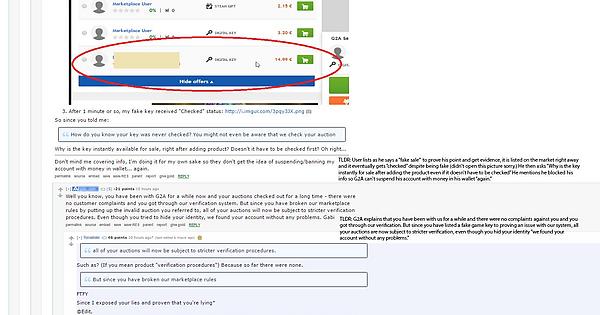 I remember that AMA.

Damn did reddit blow up from that. Was a PR nightmare for G2A.

The Bulletstorm Full Clip Edition for $50 USD is a damn joke for a myriad of reasons.

This is the same company that thought it could compete against Blizzard's Overwatch with Battleborn. Gearbox may be big, but there are not Bilzzard big especially when Blizzard has a doesn't have many severe controversies like Gearbox has in the past and has a history of high-quality games.

Here is Randy Pitchford probably putting the blame on the developers and not themselves since they are publishers and their job is to do research on agreements before going forward with them. Seriously, fuck this guy.

@Totalbiscuit My understanding is that the dev, PCF, wanted to try something with those guys. Did not start as Gearbox Publishing initiative.

G2A responded to Gearbox's demands and as expected, they basically said no and deny the evidence of their wrongdoing. Basically a win since it shows G2A has no plans of being legit and they profit out of this and Gearbox looks good on this. SOURCE

I'm glad Jim Sterling pointed out in the second half of the video on how the fuck did they not do basic research on G2A. Before this fiasco, I barely knew about G2A other than being shady/snakeoil but after a 10 minute google search on them, I figured out their illegal business practices.

Oh Gearbox are likely desperate and bleeding money to do these things. Of course they knew who G2A were. There's always the slim chance of course that the CEO went partying with John McAfee and had this brilliant idea that he forced through. But I'm expecting to see them fade into obscurity.

I'm sure there may have been some people in Gearbox who knew who G2A and probably opposed them. Unfortunately, those same people are not the executives of said company.

I honestly think G2A is amazing. All it does it take something that is going to happen regardless of whether or not they continue to hist the site. And make it easy for people with questionable morals.

I used to use it all the time before I knew it was all stolen but I haven't bought a game in a long time either.

If people want the stolen keys and codes they're going to get them no matter if G2A exists or not. Honestly I think they're genius in the way they handle their business and it was a great idea for a website.

Should people steal? No... are the times when stealing is a little more grey such as not wanting to pay slimey companies like EA? Absolutely.

It's one thing to steal keys from EA, it's another to steal keys for games, such as Punch Club, that is indie pixel art game from a bedroom programmer...
I understand what you mean, but the main issue is G2A are not even trying to fix the issues. On the contrary, they know what's going on and openly profit from it in a shady way forcing their terms on small developers.

The smaller idie developer side definitely sucks but the amounamount of times I've ever seen their games on G2A is hardly ever.

Usually the type of people that buy and play those games are willing to shell out the 5-30 dollars for them because they know what they're getting and who it goes to.

But that's what a true free market is like. Never perfect but usually the majority come out ahead in some way

To be honest I'd rather pirate a game than buy one that was potentially obtained through a stolen credit card. Buying a shady key just creates a demand for more stolen credit cards or whatever meaning more people are going to be affected by it, quite possibly innocent bystanders. Pirating at least means that the "damage" is localized to the developer, who potentially would not even get the money anyways due to charge backs from CC companies.

And that's saying something since I strongly dislike pirating for the most part.