Gaming mouse that will work on glass?

Do you guys have any recommendations for a gaming mouse —preferably wireless— that will work on glass?

I got a Lian-Li DK-03 (yes, I'm bragging :D) and my mouse pad gets in the way of my pretteh hardware.

I have a Logitech Anywhere MX mouse that has something called "Darkfield Technology" and it does work fine under productivity conditions, but it is no gaming mouse (very very very small input lag for games, sometimes you can notice a tiny amount of stutter).

Could get a clear mouse pad?

Yeah, thought about a clear mouse pad, but not really what I have in mind.

Unsure if the new Anywhere MX (v2) has less lag or not, but it works nicely on glass (just like the first version).

Unfortunately there is a high chance of having the same kind of issue, i.e. perfectly good for productivity, reasonably ok for gaming. The power saving on the windows driver may be a bit aggressive and you may be able to improve things slightly via that route, but it is not designed as a gaming mouse I believe :(

Has anyone tried the Logitech Performance Mouse MX for gaming? 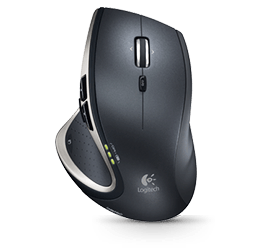 The overly energetic guy in the amazon video explains how darkfield tracking works by using 2 lasers.

Does anyone know if there are other similar mice with two lasers or two sensors?

I have an MX perfomance, and I just tested the mouse on my ipad and it works fine :) Also the MX Master should work on glass. If you don't mind the High cost there's the G900 (not sure if it works on glass though)