I'm in the midst of a bit of a dilemma currently on deciding which path to take in upgrading my monitor. I live in Australia, and I've narrowed it down to two options based on price here: 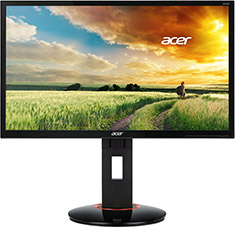 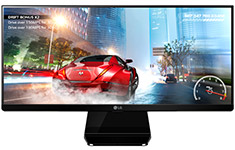 I'm not sure that I'd be okay with a 24 inch monitor considering I'm currently at 27 inches, but I feel like g-sync may have something nifty to offer?

Keep in mind I'm not a competitive gamer, I only play games for fun, really.

What do you think, based on the prices?

I think a wider screen would be more fun for a casual.

I think you would be better off with a higher res/bigger screen if you only want to play casual games i.e. non competitive games such as CSGO, COD, Battlefield, etc. Competitive games would benefit from the higher refresh rate and lower response time (see something faster, kill something faster). Casual games will look great with the higher res/bigger screen even if it doesn't have G-SYNC but still will look good with the other monitor if you really want G-SYNC. Also consider if your graphics card could handle higher res.

Being that you are already running a 27 in. monitor, and that G-Sync while noticeable, isn't that amazing, I'd go with the LG.