or should i change something, btw i have a case and a old  hdd.

it should be perfomance orientated, it doesnt matter intel or amd , nvidia or amd

what is your budget

The boost would put out medium to high at 40+ if you're lucky.

And the amd cards will get amd mantle support in bf4 improveing the fps more.

Doesn't seem as though that is entirely true. Though with Mantle, the 7850 should do better, but that is remaining to be seen and I am not going to place much weight on untested hardware/software if I can help it. 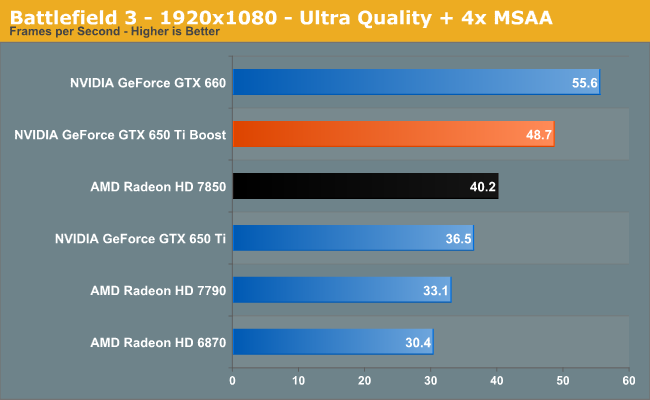 https://www.youtube.com/watch?v=ho0TnSZ2HW8  i am not interseted with old benchmarks with old drivers and the cards are not overclocked.

From what I saw, overall, they performed about on par with each other. But seeing as how BF4 is an AMD title and all, it should perform better, but there is no guarantee really.

P.s. This is coming from a 7850 owner. I am just skeptical until I see numbers. AMD SHOULD be the better choice for BF4 across the board, but that remains to be seen.

That is with everything overclocked though. He never mentioned wanting to overclock.

Also, I was playing BF3 just the other day on my 7850 and averaged 66fps with the 13.11 beta drivers (with several very noticeable drops which I think is attributable to my card only having 1gb of vram). Just thought I would throw that in there. It is possible that nVidia cards haven't increased in performance as much.

If you are useing a 1gb card that will be whats happening i was useing up to 1.4gbs of vram with a sapphire hd7850 2gb.

I figured as much. I have the exact same problem in my heavily modded Skyrim. Once it loads, it runs just fine. Too bad I didn't spend the little extra to get the 2gb version. Shoulda coulda woulda

Some snaps i took before i swaped my video card out for my new HD7950. 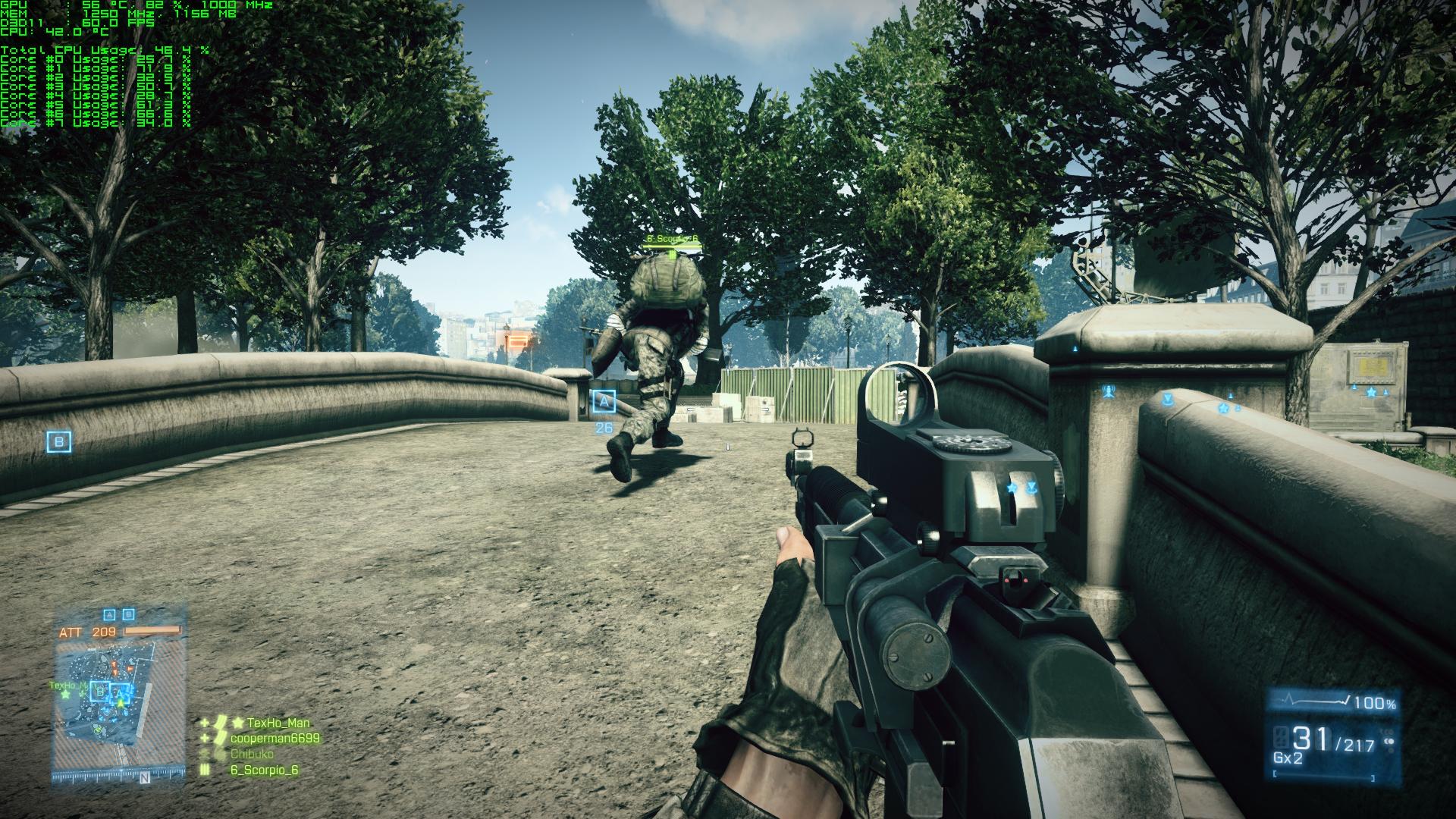 I think that we are in agreement that cards need at least 2gb for modern games. This is right after loading my latest save in Skyrim.