got an email from Enmotus about a indiegogo they started
LINK

Interisting product, I wonder what kind of AI they are useing for this. The marketing is a hoot though

Oddly it claims to have some integration with windows update?
Says you can install its software right through WU, not something I have heard of before.

Says you can install its software right through WU, not something I have heard of before.

it’s some kind of driver. for a very long time now you had the checkbox in WSUS to update other thing that windows, i had logitech and intel update that way when i was on windows.
I am not surprised.

Wendell did a video on this one: 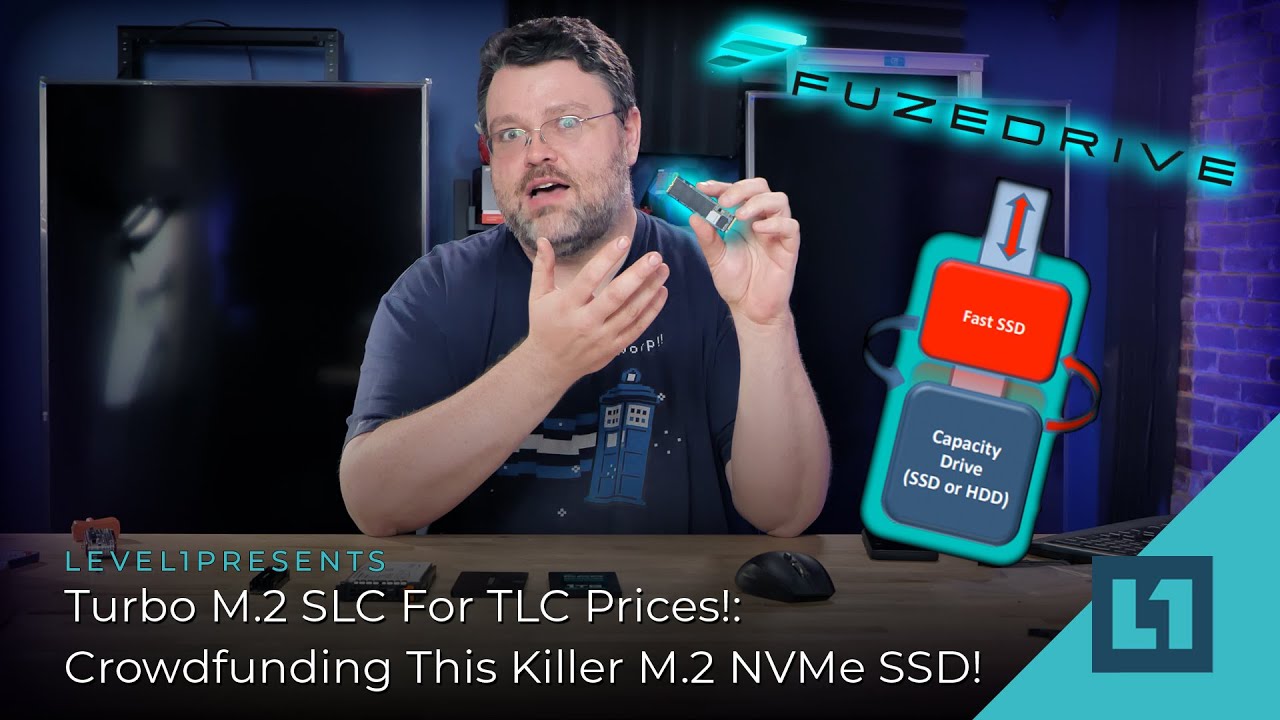 i was looking at it but, looks like all the magic is in the driver or software. so it isn’t OS agnostic

You will get strange results with other OS’s out of the box, but the SLC is statically mapped to the beginning of the LBA range, so it’s not impossible to get it tiered correctly via bcache or ZFS L2ARC. Though it would be nice if they offered an update so it was exposed via separate namespaces.

At least it’s something new in the consumer space. Hopefully ZNS drives w/ explicit tiering makes it down to the enthusiast market space.

You are referring to wendell’s tutorial right?

Setting up the Enmotus FuzeDrive on Linux, with Caching Wikis & How-to Guides

I did a video on the Enmotus FuzeDrive – an SSD with a dedicated 128gb SLC tier, plus the rest as QLC flash. It’s a 1.65tb drive, overall. [Enmotus FuzeDrive SSD: 128gb SLC + 1.5tb QLC on one M.2] When I did the video, a lot of people asked about using this on Linux because it takes a special driver to manage moving data in and out of the tiers safely. On Linux, however, it is possible for one to use either lvm or bcache with this drive. It can be configured as tiering (aka sir not appearing in this how to) or as a write-back cache. What is the difference between tiering and a long-lived write-back cache? The terminology that is used in the Linux kernel modules and how-to documentation is subtly different from what most industry folks say. With tiering, you always have all the combined space of all levels of the tier. With caches, in general, the cache represents a subset of data elsewhere. Write-back caching this is a term used when the data is written to the cache first. When the write to cache is completed, the overall write is marked as completed even though technically, at some point, the data written to cache should be flushed and finally written out to whatever the cache is caching. Write-through caching This typically just means the data is written directly to the underlying device that is being cached, which is typically much slower. The operation is marked as complete only when the cached device signals it has completed the write. Typically the data is retained in the faster level of cache as well. There is also write-around caching and this is left as an exercise to the reader. The FuzeDrive SSD shows up as one big block device, on my system as /dev/nvme0n1 just like a regular NVMe device. However, the SLC region is fixed in the following LBA regions on my units* 1.6TB FuzeDrive SSD (~128GB SLC) SLC region: LBA 0 to 268697599 QLC region: LBA 268697600 to 3027952367 900GB FuzeDrive (~24 GB SLC): SLC region: LBA 0 to 50380799 …

very cool stuff I have really wanted to try out some tiered storage but I am still new to linux beyond day to day office/gaming.

You are referring to wendell’s tutorial right?

Just received my drive, but I cannot find authoritative information on where to plug the heatsink connector.

I suspect it is just power for fixed LEDs, but I don’t know that for sure. I may just install it without the connection until there is a good reason to add that.

Has anyone had issues with the driver installing on windows.