Free Processors, all you have to do is send me payment for any packaging you want putting around it, and the postage costs as well. Unless you just want me to drop it into an envolope and stamp it (LMAO).

Pictures below, they both work fine I believe but I'm throwing out old stuff but processors man, who can throw out those?! Free to a good home. :P 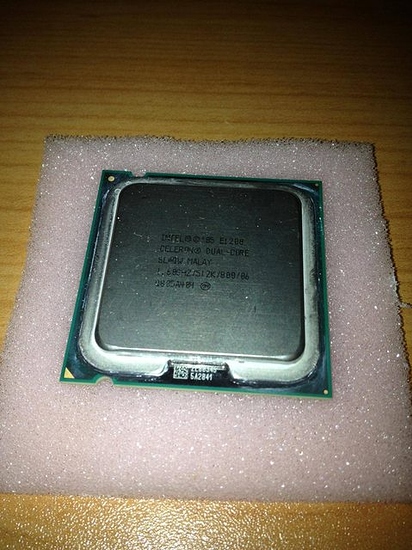 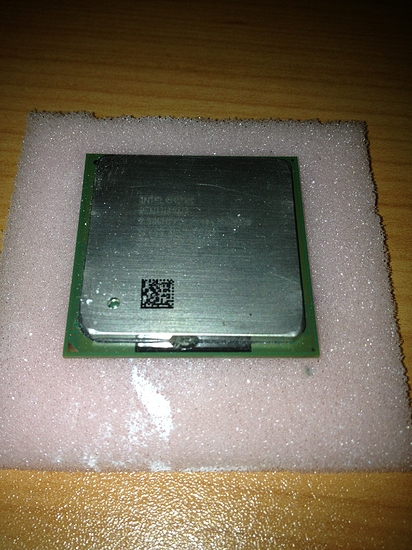 Shrunk the images down to it didn't make my post massive. Right click and open the original URL to maximise.

Anyone want them, or should I give them the fate of a bin.

How much is the shipping?

You didn't state which country you live in!

Got a free Skt AM3 mobo?

how much for shipping in a envelope to 42120, its LGA so we don't exactly have to worry about pins.

Where would you ship from, this would be perfect for the small home server im building.

Sorry for not replying sooner, I'm in the UK. I doubt international shipping costs much. I will have to do first refusal from top to bottom on the forum.

i doubt shipping to the UK will be much more than £1 with Royal Mail, and like 50p for an envelope. I bet abroad shouldnt cost much more than £5. Let me know who wants them and I'll get them shipped out. ASAP, moving out next week.

I have a couple more things to go as well which are pretty useless to me if people want them. LGA 775 motherboard, cd (not DVD) drive rofl. And some other shit. Also have a SNES and Nintendo 64 FOR SALE if anyone is interested :P

Mind posting a list (with pictures) of what you have and a pirce? :3

I'll do a list when I get home tonight. Expect it on in about 5 hours from now.

I want them all! I will send you the shipping. Will PayPal work? PM me what to send it to.

have a look where you live and see what the prices are. I don't know what country you're in. Once you have done that, pm me and I'll give you PayPal details, don't forget to include your address, I will take them to the post office on my way to work Tomorrow. ill pm you back when I get home. They are currently all in a box together, I can drop that into an envelope and send it like that if you like.

About the N64 & Super Nintendo. Pictures Below, the LGA 775 motherboard was a random size and shape, not ATX so I think it was out a dell chassis or something. I do have some RAM for free if anyone wants it. ;)

I would make some Retr0Brite for that SNES

I'll take the RAM, the motherboard and the intel pentium 4 processor 630. I'm going to build a pfsense box.

If anyone wants anything from here, the PM system on teksyndicate either doesn't work too well or people do not reply to thier e-mails. Lmao.

The processors and EVERYTHING is still with me, I will throw everything in the bin by Wednesday if no one sends any money for p&p and an address to me soon.

I'd rather you skype me since I'm online every night.

If you tell me how much it cost to send I ca do that.

Thanks man! It arrived!

How much do you want for it anywho?  I miss Turok and want one so bad.