Not familiar with the Framework’s BIOS, but my Asus Zephyrus M15 includes an undervolting option in the BIOS to work around the software lockout. May be a long shot but might be worth checking.

There’s no option in Framework’s BIOS.

So the 12th-gen Intel mainboards are now available for pre-order: 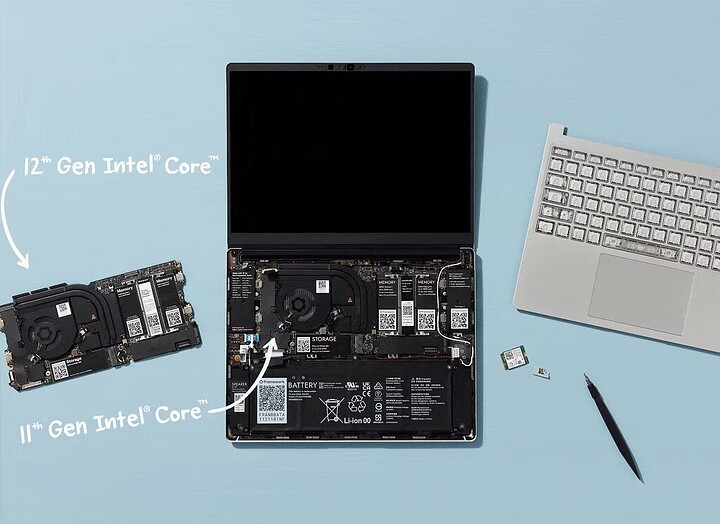 When we launched the Framework Laptop a year ago, we shared a promise for a better kind of Consumer Electronics: one in which you have the power to upgrade, repair, and customize your products to make them last longer and fit your needs better....

and from Nirav on Hacker News, talking about Linux battery life:

I started using mine with a Lenovo dock. Would be cool to get a 2.5G Ethernet adapter or a dock that supports it.

honestly the repairabliety BUT dose it really matter about upgradability ? 99% of people including myself see and use laptops as a tool they spec them for what they need keep them three to five years my last laptop was a late 2013 macbookpro 15 that i kept 7 years. and the way that tech moves nothing inside it was worth carrying over.

Would be cool to get a 2.5G Ethernet adapter or a dock that supports it.

@ucav117 You really did miss that point, didn’t you.

I guess I did

TDP-down effects battery life much, but

Does anyone here already have the mainboard with a 12th generation Intel processor. I would be interested in the benchmarks (Geekbench 5 preferably). The benchmarks I can find online vary a lot since they seem to be from totally different computers with different TDPs and cooling solutions.

Unfortunately they are not some major corporation that can immediately ship world wide.

Mine (1260P) just arrived, in case anybody else has questions I can answer.

I did not benchmark the “Best Power Efficiency” setting which limits PL1 to 15W.
As per specs, 30W package power seem to be sustainable indefinitely at ~85-90° (89° avg according to HWInfo after 10min Cinebench R23) which is much more conservative than my Dell XPS 15 (9500) which basically always pinned the CPU temps to 100° even after falling back to its base power draw.

Out of interest, what kind of Cinebench scores are you getting after an extended test?

Or did you mean even longer times of full load?

Kind of fun watching a Mac guy getting his mind blown by the Framework. 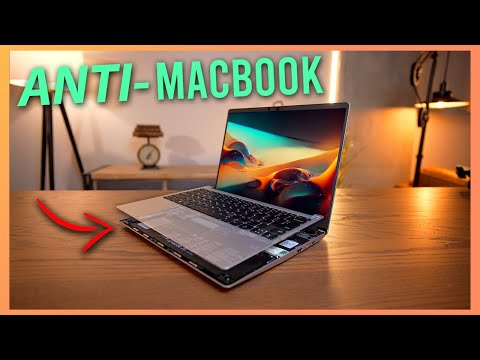 Thank you for providing the benchmarks!

Had to service some laptops recently.
Was a huge PITA to even get to the thankfully not soldered RAM. Involved almost breaking things because stupid clips and glue.

I want more of that there!

I don’t work on laptops every day, but most of them are a pain to repair/upgrade. That is, if that possibility even exists (lookin’ at you, MacBook.) I’m tempted to actually buy a Framework, but I already have two laptops, so it would be rather redundant. I would also like to get a sense of Framework’s longevity…will they be around in 3 - 5 years? (This is critical for securing repair and upgrade parts.) To know that, I’d need to see some sales numbers or a profit and loss statement, or … something. I’d also like to see dedicated graphics, or at least a non-sucky iGPU (whether that be AMD or a future Intel SKU.)

Another rumor I’ve heard is that battery life on Linux is pretty meh. I’ve only heard that from one source, so I’m not sure how true it is.