Fractal Define R5 Build for My Bro. Identical twin bro, to be exact

My brother and I are identical twins and in enjoying each other's company I get to constantly see what state his computer is in. After helping him build his second PC (his current machine) over 4 years ago I continuously helped him maintain and upgrade his system. Here are the parts in his old system:

and a Video of the "before" PC and how loud it is playing games:
Youtube video link

The more realistic pricing if you had bought all the parts new(ish) can be found here:
PCPartPicker link

So here are pictures of the build progress. As we speak I am leak testing the system with only the front 280 rad and CPU in the loop. 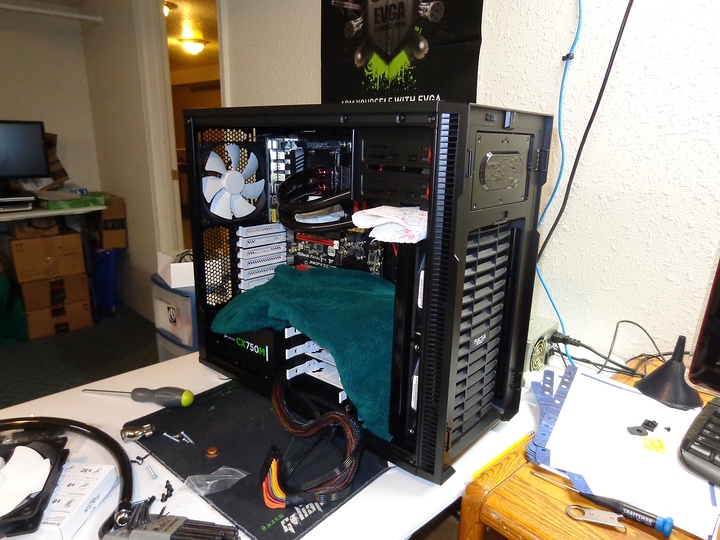 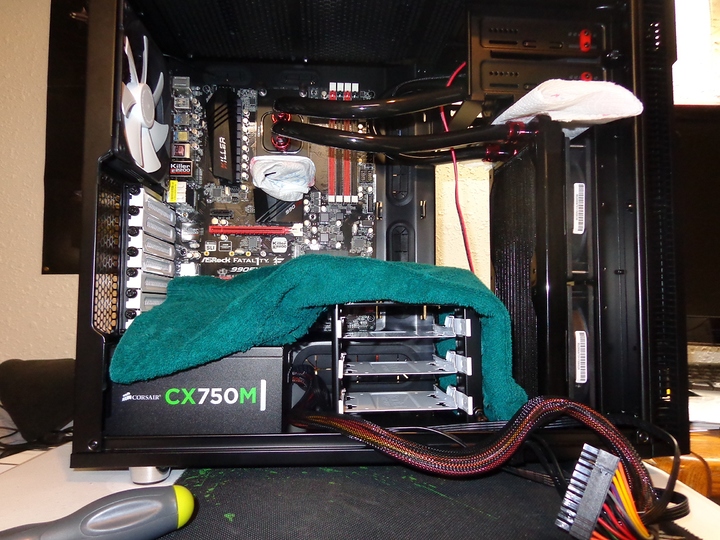 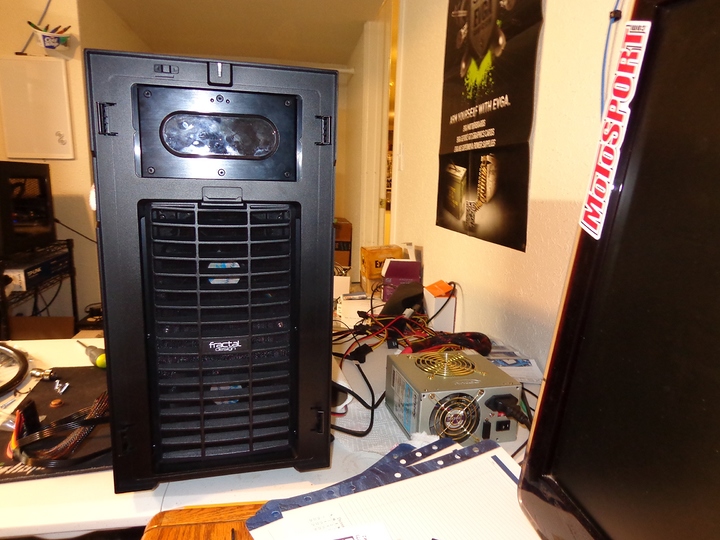 The XSPC Raystorm seems to not be 100% compatible with the Asrock original backplate, but I was able to improvise and we will see what temperatures look like tomorrow after the 24 hours of leak testing is done.

The GPU block is coming later as it hasn't been purchased yet, but I am sure listening to the stock R9 290 reference cooler will make me hurry to buy that last, important piece.