My use case is semi-cold storage. Available 24/7 no SLA and rarely overwrites. Performance will rarely reach more than 300MB/s READ.

The question is: should I get it for future use with SATA drives?
I would like to avoid HP SAS drives if possible, Seagate 7200rpm SAS drives are still reasonable priced.

Backplate should be compatible with SATA and future controllers:

If you could help me sort these out:

The DRM is typically in the firmware. I recall HPE adding that “feature” to my msa 2000 arrays a few years ago via firmware update. They called it something fancy, to protect customers from counterfeit drives.

But the ones I manage are in production in an enterprise, so I only run hpe SAS drives anyway.

I’m a fan of hpe gear, but would never run it at home, the power and noise are too much.

Have you considered an hpe microserver? I built a pretty nice NAS in one, eight drives and the little Atom processor just sips power.

I don’t know man. Every time i looked into used Server or Storages, they where never worth it. I’m in Germany, so Electricity Cost alone would make a new build worth it within a month or two.
Depending on the CPU’s that are in there, you could probably get the same use out of a Ryzen 3 or 5 2nd Gen NAS. Those things are crazy cheap now. Throw in a Mainboard or some sort, 8G Ram, a 128G Boot SSD and a cheapish ATX case. There are great Hot-Swap Bays for 5.25" front slots for not much money.
Without disks, you could put that together for around 300-400 bucks new, cheaper used. And it would probably perform better.

For me, a 600W Server or a 300W new build, would save me over 60 Bucks every month it’s running 24/7. So, look at what electricity costs in your place. You could end up spending much more money on a slower, bigger, louder system that isn’t upgradable at all.

I have cheap energy and most of the power is caused by the drives I do not actually want. I want a 12 drive bay with SATA support and Xeon with ECC memory.
Building one is what I did before and this is mainly for fun. so power is not really a thing for me.

This is what I am afraid of, I do not expect it in the official documentation, but I found little confirmations online.

Now I could buy a card and run the backplate with my own card, but that will increase the cost.

Nature of the storage is repeatable slow read and less than 1.2x write per sector.
SAS is horrible overkill there.

How optimistic are you with the DRM in SAS controller? SATA is supported with official HPE drives. Found 1-2 referrences of running the official OS on SATA

The DRM doesn’t care about the interface, you can mix SAS and SATA drives. It cares about the drive being genuine HPE. Like you said, hpe sells both of them.

More than likely you can get around it, if it’s even a problem, using hacked drive trays from eBay / other sources. These have the DRM chip reprogrammed to lie about it.

I bought one of the D6 platform servers, the price for a 12 disk hotswap and related HW was just too low compared to spending budget.

HP Raid card is a standard 410i Smart Array with extra licence for RAID 6 and 60
In does not support HBA in this revision
You can use open source project to force HBA mode found on Itanium boards: 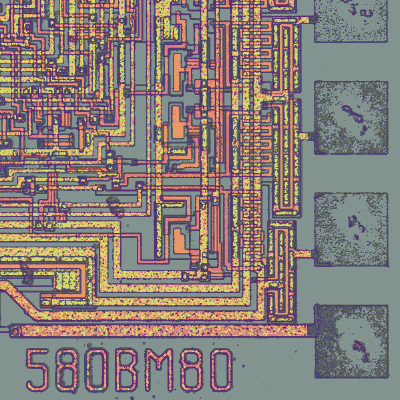 
The problem is that in binary distribution like CentOS, I have to rebuild the kernel for support.

As I suspected most of the power demands come from the drives, the Xeon is reasonably comaprable to my i7 system I have running next to it (doing the same stuff I expect this to do.)

With some research and increased price by the new LSI card it is comparable to what I would pay for super micro sasi without expander backplate (1:1 SAS links)

Still happy with the purchase and I will post few more results with more details. (This update was made without access to the server.)