Ford raised 4.5 billion to compete with car sharing and an electric car division

So Ford announced earlier this week a massive investment/capital raising at 4.5 billion, for an electric car division and a competing service to car sharing...
now @Logan and @wendell spoke about the possibility that in the future no one really owning a car but rather as a service provided....

this would be the first big step towards this, and the fact that a manufacturer is taking on this (even in it's initial/early stages) has massive implications and i think we might see some serious competetion in the next 5 years as they experiment with different models (pun not intended) .... this is very different from new companies engaging in this "car sharing" service, i think it is an initial move that will change once its market position is solidified, then we will see depending on how succesful it is other companies engage in similar attempts. Comfy shuttles for 6 to 8 people with legroom, Wi-Fi, and no middle seats in the US and England. Up to 18 in emerging countries. Ford could run its own Dynamic Shuttles, license the software, or do joint ventures.

The car manufacturer is looking to challenge ridesharing and services like Zipcar. 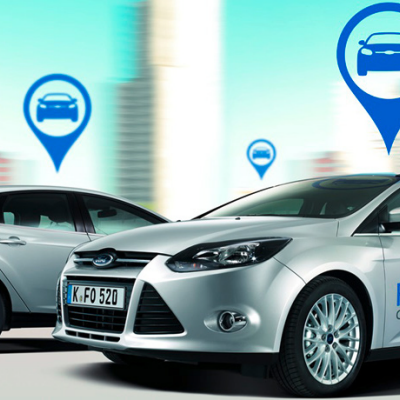 In recent years automakers have discovered that Millenials are not as interested in car ownership as previous generations. With car-loving Boomers and Gen-X'ers only getting older, the writing is on the wall. In an attempt to boost sales, Ford is laun...

This is dumb. Just give all the moneys to Elon Musk.

not at all, will revolutionize the industry, and Musk can only do so much, it is better that this is done by the mainstream as opposed to an eccentric/visionary who doesn't have the reputation/support of the sector/consumer behind them to the same extent as ford does.... Not saying i don't like it, but it's how it is.

That was a joke.

I like that they might make electric cars (so long as they do something about the battery range and charging time), but I really could care less about car sharing.

I am sure the idea is gonna make a bunch of people happy and many other people rich....but I will just stick to buy cheap cars off craigslist and fixing them up.

You gotta own what you need and you have to know how to take care of it. Anything less is a money pit IMO.

yea for now for sure, but no, not in the long run. think of it like tv subscriptions/tv channels/netflix and how this has changed overtime and changed the way tv is consumed etc

I am completely failing to see the correlation between a car and tv/video media.

That is not a snarky remark either. I genuinely have no idea what your point is.

i am saying that owning a car will become a yearly subscription rather than an outright cost, and whilst expensive initially, will decrease in price as normal economies of scale are applied to it.... decrease in costs/more competition/more users/more automation/etc/less costs. will start off as car sharing, but transition. sorry, i am being unintentional vague, just tired. damn star wars midnight premiere last night :( (and apparently i can't even get my syntax/spelling right -_-)

Lol. I am really hoping the movie is good. I will be seeing it in a few days.

I really think this only benefits certain types of people for certain situations.

And the truth of the matter is that the subscription price has to be really low. Like 1K a year low. Outside of that, you would literally be better off buying cheap old ass cars once a year.

why buy a cheap ass car when you can have a top of the line anywhere in the country (or even international subscriptions?)? It also depends where in the world you are too, because 'cheap' cars are subjective/relative and as i was saying it would decline in cost over time. at the start it will only benefit some, but as it proghresses it will be beneficial to all.