For new DDR3 ram is this not a good price from Amazon Canada? (RESOLVED) 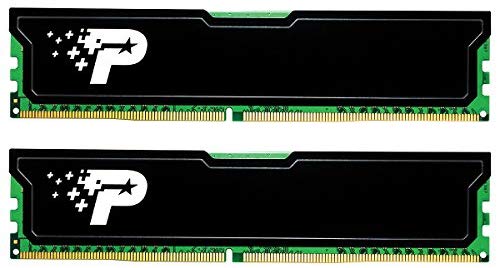 I am ready to pull the trigger on this for my son. His pc is clearly being slowed down by 4 GB of ram with Google browser continuing to be a memory hog more and more. Also getting brand new ram is nice and these have heat spreaders too which I know he will like making his pc look a little more interesting. What do you guys think?

2x8GB packs are too expensive?

He is still running Windows 7 so I assume not as pressing for more ram. Windows 10 eat it up?

… but not sure his mobo would support any of this. Yes this memory is cheap for 16 GB kits but seems to point to very specific usage. Yes?

Also if you go down to the regular consumer brand memory it is basically double the price from 8 to 16.

The supported memory list does not mention 8GB memory sticks, so sticking to 4 is the safe bet.

The supported memory list is quite short and says there of course is other memory that is supported and it does say it supports up to 32 GB of ram so it must support 8 GB memory. Anyway uh right now I was just trying to have my son be happy to where he can actually have loads of tabs open and be more responsive and the 8 GB total 2x4 should do. There is some nicer looking ram that you could pay a bit more for on Newegg.ca but the problem is in his system the heat sink is so huge that I believe it won’t allow for anything but basic / low profile ram. Now in making the pc more snappy It would be nice to upgrade the AMD FX 6300 on his system but to do that right now it wouldn’t be cheap as in cheap that I would look at it as his system runs WOW fine. It has also run other games fine. The problem is when he tries to Window out of the games and look at whatever. Also he is paying for this and he does not have loads of money to spend as he has to save as much as he can for first and last when he moves out in February or so. Also he needs money for his WOW sub and other things he likes to buy.

Nice to have Ebates to kick a little money back his way. : )

Thanks @MazeFrame for your input. To make the order worthwhile in terms of pricing unfortunately this will not likely arrive in time for Christmas and the estimated time is for it to be January 2nd but hey maybe it gets here a little sooner as it would be nice to have before New Year’s Eve / Day.