FCC is open for public comment on net neutrality. There are currently less comments on the thread than most cat videos

Everyone here who can write in and cares about the internet should comment/write to your congressmen, I am not american so  I can't. But the FCC is full of BS, it isnt net neutrality unless all packets are treated equally free from discrimination based on protocol type, destination, origin or any other characteristic. Also packets should be reclassified to have the same status as letters, making it illegal to open them, and ISPS reclassified as logan/wendel keep saying.

Ofcourse they wont, since it appears the FCC is run by the Telco industry... 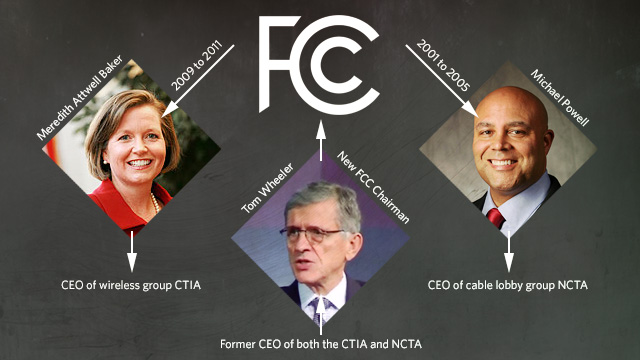 Eweek have a good article.

Here are some extracts, remember keep yours short and concise :p, explain how companies should not be able to charge separate peoples twice for the same service, nor extort money from private companies by interfering with the access that the ISPS customers have paid for,  and that net neutrality means no discrimination about packets!

7521100785.txt
This will destroy the internet as we know it. The amazing thing about the Internet
is the small companies can rise up and compete with others. By having "fast lane,"
how are you going to let small companies that want to become the next Netflix
compete? You want to give small wireless companies the chance to compete in the sale
of wireless spectrum but not when it comes to the Internet, come on. You sincerely
disappoint me. If you follow through on this, you will destroy one of the greatest
innovations of the last century.

7521100799.txt
The only broadband internet service available where I live is from Time Warner
because the other providers like AT&T Uverse do not want to invest in the
infrastructure, and the city has decided to only allow TimeWarner to provide cable
service.
When the government, at any level, determines what service shall be available via
cable, how can the cable companies be considered anything but common carriers?

7521100744.txt
The citizens of the US want REAL net neutrality, not 'fake' net neutrality which
allows for some to 'pay to be faster' which of course means, everyone else is
slower. the Internet is built on the bones of government investments and now some
want to privatize the PROFITS. we demand you reclassify it properly, as 'common
carriers' and institute permanent, Real, net neutrality immediately, or your
former-lobbyist head should be fired immediately and someone else put in to do the
job right.

7521100760.txt
Please implement common carrier status for Internet service providers. Though doing
this is a good idea and will help maintain internet neutrality, such a policy
follows directly from the fact that ISP also provide telephone service, as is the
case in my internet provider, Mediacom. SO, ISPs should be treated as common
carriers- because they ARE common carriers.

7521100713.txt
Please implement common carrier status for Internet service providers. If the FCC
classifies Internet service providers as a "telecommunications" service, same as it
has long done with telephone service, then common carrier rules apply. We need Net
neutrality, or we risk slowing down the economy as we pay more to companies who are
already getting enough for their services. We shouldn't have to pay to access their
websites faster.

7521100664.txt
The Internet should have Common Carrier Status
the same as hard wired phone. The Phone network
is "Neutral" by Federal Law.
The Interne'e two way communication status is more
like The Telephone System and less like "broadcast"
broadband, cable, for Video, Television and Radio.
Examples: consider voice over IP, Skype, and
AT&T offering me a reduced monthly charge for
phone-line service if we would switch to a wireless
system. This service would include Internet, Phone
and Broadband communications.