FCC - FCC is sick of I.S.P Excuses, Time for Change 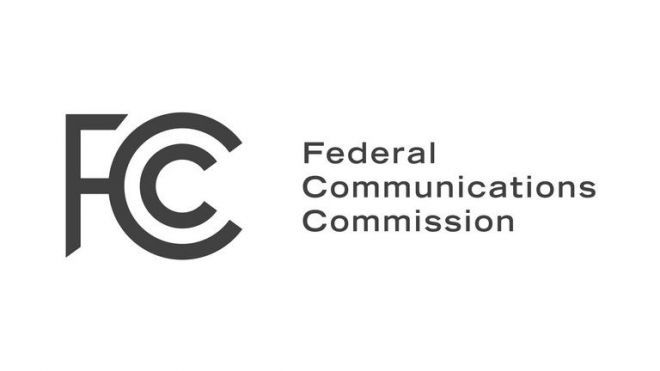 So this FCC has had it. they are sick of ISPs, they just released a document giving a brief history lesson about the interwebs and it's future and what they plan on doing to fix it.

The document is long as hell so before you respond with TOO LONG,

I'll highlight a few important points from the document

We tend to think of Moore’s Law in terms of how the smartphone in our pocket or purse has as much
computing power as a multimillion dollar super computer of just a few decades back.

But Moore’s Law is also what is driving the revolution in network economics as ever-less costly
computing power magnifies the capacity of network connections. For optical fibers, of course, the result
is optimal. But even for bandwidth constrained copper networks, low cost computing power allows
transmissions to be broken into parts and sent over different strands to be reassembled at the other
end. And the same concept, called carrier aggregation, is increasing the throughput of wireless
networks through increased processing power.

That the nature of the network itself is changing right under our noses is a significant data point for
those of us in the oversight business. As the cost of delivering broadband goes down, the opportunity
for broadband expansion – including competitive broadband expansion – and broadband-dependent
innovations goes up. This means we’re not going to let imaginary concerns about investment incentives
and utility regulation cause us to let up on policies to encourage fast, fair, and open broadband.

Since we come together today on the heels of the D.C. Circuit’s decision rejecting requests to stay the
Open Internet Order, let’s begin by addressing the relationship between broadband network openness
and investment. As you know, this was a big argument by the ISPs in their stay request; that somehow
assuring that networks are open would erode the incentive to invest.

Fortunately, there is a disconnect between what is said in Washington advocacy and what happens in
the market. While a few Big Dogs are threatening to starve investment, others are stepping up.

While we are talking about spectrum we should not overlook the role it will play in determining who will be the international leader for 5G broadband networks. This nation is the world leader in 4G-LTE as a result of the availability of spectrum to become a home for LTE. We do not intend for the United States to lose the pole position in the international broadband race. We will maintain that leadership in the same way we obtained leadership in 4G. First, through being out front in allocating appropriate spectrum. And second, by allowing carriers to deploy 5G service in any frequency band they find suitable.

That is why we proposed a rule to give over-the-top video providers the ability to choose the
same business model as cable and satellite providers, with the same program access rights. We expect
to move that to a Report and Order this fall. There is a line of new OTT providers queuing up to expand
video choice – and increase consumer demand – for broadband.

Demand for broadband also is affected by consumers’ perceptions about the potential non-monetary
costs of using it. We committed in the Open Internet order to address issues of privacy implicated by
consumers’ use of the Internet. We will begin that process with a Notice of Proposed Rulemaking in the
autumn.

But learning isn’t confined to the classroom. As Commissioner Rosenworcel has pointed out, even
though students can now connect at school, too many still experience a “homework gap” when they
cannot get online at home. A recent Pew Research Center study found five million students – nearly 20
percent of students between six and 17 years-old – do not have high-speed Internet service at home. It
is simply unacceptable in an era when learning opportunities have never been richer or more available
that these students have to go to McDonald’s or some other WiFi-equipped location to do their
assignments.

Sidenote: FCC just hit the ISPs with the biggest punchline in Tech history.

This means we’re not going to let imaginary concerns about investment incentives and utility regulation cause us to let up on policies to encourage fast, fair, and open broadband.

I will believe it when I see it happen.

Too bad the idiots in DC are trying to push through a spending bill with language hidden in it that basically says "no more net neutrality" until the current lawsuits against the FCC are settled. They're probably counting on the public to lose interest by then, and for them to be able to come out and push through a bill taking away net neutrality.

The problem is The ISP are too busy trying to line their pockets with all your hard earned money Instead of investing in the network and keeping the current network up. All the want is for us to use metered service yes cell phones are metered service. You are billed on per usage the old days of 30 dollars a mouth and you can use you line for anything and flat rate service is over. I will be glad when Google Fiber comes into the market and hands the ISP the butts. The are the only ones that are trying to bring high speed internet to the public and all they get for the hard work is grief from all the providers in the area that do not have any interest in making the network better. The Telco and cell companies are afraid of them and for good reason. They are installing high speed internet for almost cost. They are not interested in the monthly rate they are interested in getting as many people on line as they can. More people on line the more money the make. Ads generate most of there income not service.