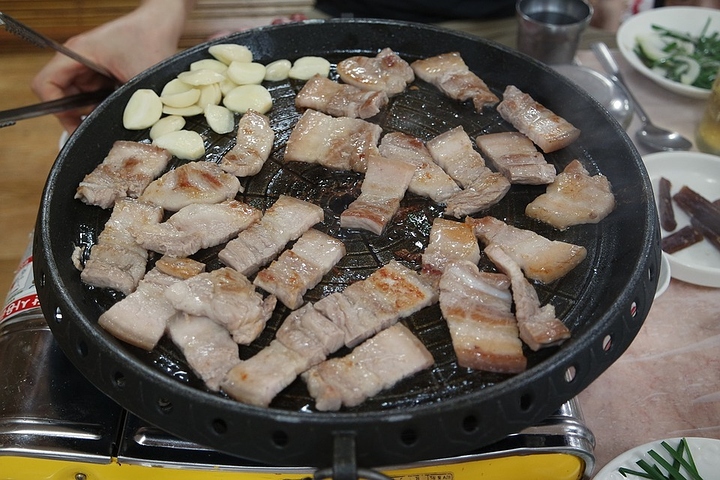 Tough question. I will go either with some phô, or tempura shrimp with cold soba w/ extra green onion and a hot broth to dip in it (was not able to find a picture of that specific combo) (also near would be tacos (the real mexican tacos, even if tex-mex tacos are also good) 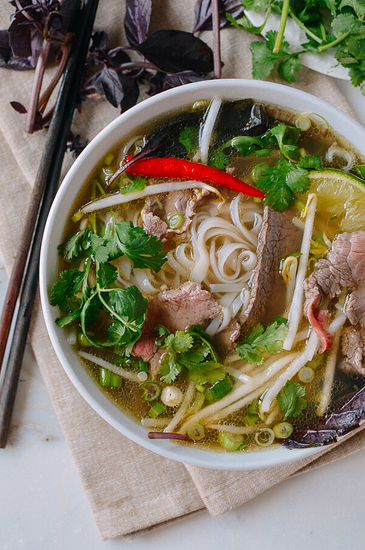 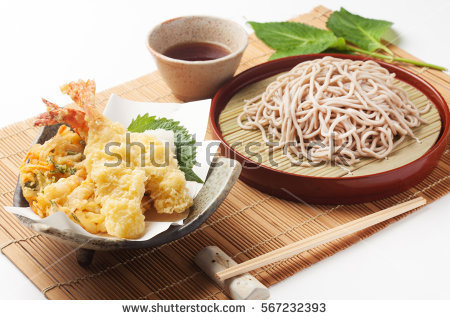 Baklava
It is such a pain to make but it is so good, good luck trying to find "rose water" in small town America

I like to make pad kra pow, its a really tasty Thai dish. i like to make it with brown sugar, but i forget that a lot so its healthy yeah know?

make it with a runny eggy, its food of the gods 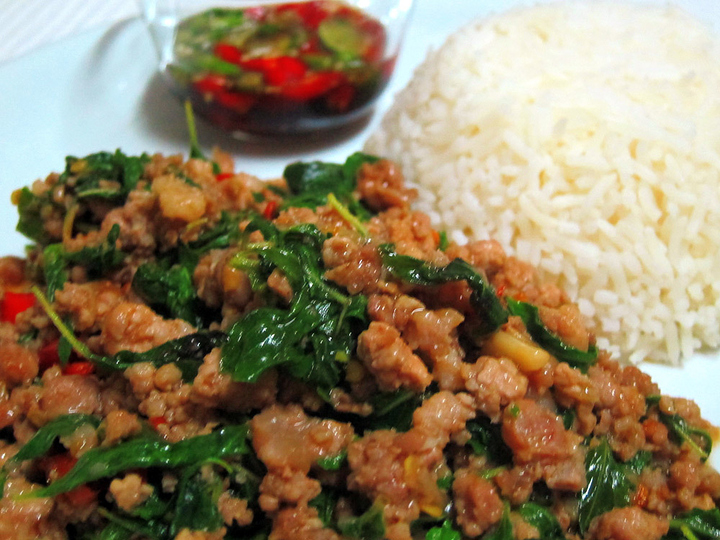 peanut oil to cover wok
mid-high heat
3-6 thai chillies
4-10 garlics (to taste, i like lots)
lite and dark soy sauce, few seconds (taste)
fish sauce few 2/3s of the soy sauce
low heat
one white onion
2 red bell peepers
mix around a bit
brown sugar if your in to that
one lime if you like it
spoon of crunchy peanut butter
high heat
some mixing
ground pork half or pound, beat it so its little bits
mid-high heat
thai basil to taste, lots if you have it

put on rice with a runny egg

I thought about this long and hard.

There was this one restaurant in DC around the verizon center. I think it was called china express. They hand make noodles and they usually have a line out the door.

Not only do they make some of the best dumplings I have ever had. But they also have these two interesting sauces that I have never been able to recreate.

One is a chili flake oil sauce. And the other is this magic oily green paste that I think might be made out of cilantro....but it is the most amazing sauce for noodles and dumplings ever.

Let's just keep it short. Anything Chinese, Italian or Mexican really. I'm going vegan so the options have been getting rather limited lately. some of japanese and thai has been a great experience but not all of them.

I tried really hard to be original, but I agree with the OP. Korean Barbecue is my favorite foreign food.

It's not just the favors, which are amazing, it's the whole experience.

First they give you 'pickle' which are all those small bowls with various delicacies and rice. Kimchi is the star pickle (kinda like spicy Korean sauerkraut). While the grill in the center of your table is heating up, they prepare your meat. You cook your own food! The waiter will try to cook, unless you send them away. I like the marinated steak, sliced paper thin. You usually eat Family Style where one person orders steak, pork, chicken, and another grilled veggies and you all share. They give you a basket of big lettuce leaves and a peanutty spread. One puts the spread on the lettuce, add some pickle, add the hot grilled meat, and roll it up like a Korean burrito.

But I also make a mean Bolognese pasta sauce. It's the foreign food I eat most often.

Remaining open for new experiences as I travel.

The first picture seems so delicious, it is not the tempura shrimp right?

I havent heard about that kind of food, what the rose water?

Thank you for your recipe, it looks like mixed rice.

There are so many flavors of dunmpings, if you have chance, welcome to China to enjoy the various kind of dumplings and other delicious food.

In China, there are numbers of people are the vegan, then there are many vegan restaurants for that kind of people.

I actually have been to china and want to go back.

I have tried tons of dumplings. I have even tried shark and some of the more unique varieties. Pork just seems to have a certain bite or fullness that you just don't get with other dumpling flavors.

The only one that I haven't tried yet is duck dumplings. There is also an egg dumpling, but I have heard that most chinese people don't care for it so it is pretty hard to find.

Yep, roasting the meat is the most funny way to cook, with sauce to taste, drinks to drink. Cool!!

Sushi is a very polite way to eat, I prefer the uninhibited. But I love sushi too.

I havent gone to Mexico City, then I havent had that kind of food you say, but there are many kinds of noodles in the world, why you love the Mexico's only?

Yes tempura shrimp on the right, and soba on the left. Just need that hot broth that I tasted once at Nara and extra green onions and that would be so delicious! Tempura is life.