I am looking for upgrade for my current set of HDDs for both my computer and my PS4, for me external HDDs are not an options. Currently I have 250GB SSD running my OS on my PC and 1TB HDD internal for my work and media files. The PS4 comes with 500GB 2.5 HDD and as an avid gamer that just won't due.

I was looking at the following two options:

1st for my PC: plan on buying two mostly plan storing photos, videos, and other media 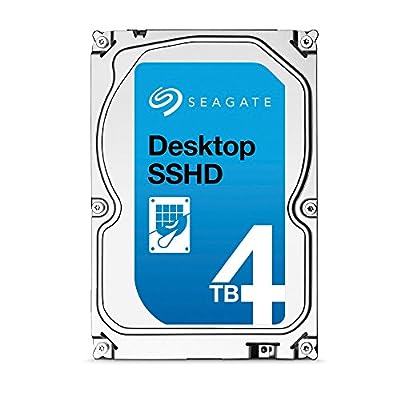 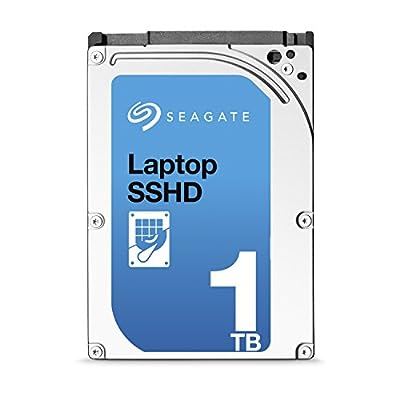 Get the Seagate solid state hybrid drive and supercharge your laptop. SSHD combines the blazing performance of a solid state drive and the huge capacity of a hard disk, all with a budget-friendly pric ...

I would appreciate any and all help and advice.

i used the seagate m9t, heres my live tutorial
2tb, laptop sized, hdd $89 at the time of filming.

SSHDs aren't very useful for storage, you will only see a performance improvement when running an OS or applications from them. If you want fast storage then have a look at something like a WD black or maybe set up a RAID 5.

Looks like a good option for the PS4 though, not sure how easy it is to replace the PS4 disk but assuming you can the SSD cache works on a block level so you shouldn't have any compatibility issues.

Maybe an SSHD is overkill for storing media files, if you don't need to work on those files (like video or photo editing). Maybe you can squeeze in a 5TB drive if you give up the SSD cache and that would be a good tradeoff for me.
About the SSHD for the PS4 I don't know if the cache is managed direcltly by the disk and is transparent to the system. If so, get it and I'm sure you won't regret it since loading times will surely get a lot better. But if the SSD cache needs some kind of setup maybe the PS4 won't even pick up the HDD.

if the SSD cache needs some kind of setup

It doesn't, it's block level and completely transparent to the host system.

On my notebook the SATA controller is set to RAID exclusevly for those situations, to integrate an SSD cache with an HDD that's why I was wondering that.

Thanks guys, I will definitely reconsidered purchasing a SSHD vs something more affordable like a HDD. I will look into the WD Black that Dexter_Kane mentioned above and maybe find a 5TB drive instead of a 2-4TB. I wan to find the largest 2.5 drive that I can find for my PS4 but I am just worried about slow down. Not sure how drive speed really affects gaming on a console.

Thanks for all your help, still willing to take any suggestion and advice you guys have.

Going to take peak at KuramaKitsune's video as well.

The best drives for a ps4 or Xbox one are either 10k rpm disks or ssd's
10k rpm disks usually do not go past 500GB. I am sure there are a few exceptions but not many. So that leaves you with SSD as the best option if you want speed and storage space. ( general reminder clone your current ps4 drive to new drive to avoid issues)

What do you think of these?

The PS4 one is far more expensive than I was looking to pay but I want to make sure the drive isn't hindering the performance of the console.

The drive that you selected for your PC is a great choice.
I'll poke around and look for a cheaper option for the ps4 drive. I'll give you a round of applause for finding that drive and even considering it.

Thanks man I will definitely look for cheaper PS4 option, but I will probably pick up the 5TB WD Black this friday if not soon.

Will be a good option for the ps4 and for the PC The 10k drives are way to expensive in Canada for me to let you buy one for the ps4 and the cost per GB on ssd's is also to terrible for it to be a good recommendation.

I wish I could go for that drive, but I the PS4 will only fit a 2.5" drive which is what makes it so costly... freaking laptop drives.

LMAO! I last time checked something like that would burn a whole right through my wallet. I wanted to reply to both you and Looming but I wasn't sure how. I hate to double post...

Well maybe in a few years, in a next generation console ;)

Thanks, I would really appreciate that.