I’m considering the Zalman FX70 fanless CPU cooler and I’m curious what people think about whether this could potentially cause a bottleneck in my CPU performance.

The official specs rate this cooler for up to a TDP of 95w. I’m currently running an i5-4670k at stock speeds (3.4 ghz) but will be upgrading soon to an i7-4790k 4.0ghz chip which is 91w TDP. I’m also planning on upgrading my GPU from a gtx 770 to a 1080 Ti soon. Obviously this is not a silent HTPC build or anything, it’s meant for performance - but, I don’t really overclock or anything like that.

I would go with the nofan cr-95c but it won’t fit in my case (bitfenix prodigy).

Thoughts on this? Do you think it will result in throttling at heavy loads? I primarily stress my CPU in gaming - although I work in IT, it’s not really cpu-intensive much of the time (unless you count 100 browser tabs).

If the consensus is that this is non-ideal, I’m open to alternative cooler suggestions. Or I can just stick with my current hyper 212, although cutting down on noise would be nice. Bear in mind that if running an air cooler, I only have 1 CPU fan header.

In my experience the big noctuas have the best balance of being almost silent when possible and highly efficient when necessary. Since you will be running a high end GPU the CPU cooling solution won’t matter that much in terms of noise.

. Or I can just stick with my current hyper 212

I mean even that would be fine if you’re not after crazy OCs. Replacing the fan on it could be enough. The cooler design itself is actually extremely good despite the low price but the fan is a bit noisy at least at higher RPMs.

However as @noenken said, your GPU will be louder no matter what so it is a bit moot. The big noctuas or BeQuiets are the way to go for air cooling if you want performance and good acoustics

I’ve been using a Noctua NH-D15 for 3 and half years on my 4790K the has been a really silent cooler. If it’s running 100% you won’t even notice it. Also the sound profile is really oriented towards the lower frequencies so, even for someone with a sensible ear like me, gets “discarted” by my brain pretty easly.
But, if you have a x16 PCI slot as first PCI slot in your motherboard, it will block it.

The nofan cr-95c is one of very few heatsinks that actually can keep a ~90w cpu at reasonable tempratures without a fan, if this is what you are looking for, considering another case is a serious option.

IF you want to go crazier, you can go a quiet pump and passive radiators for the CPU… with just one 91W part in the look the rad will fit on one side of your case, something like the alphacool cape cora 642. However if your GPU is going to be running factory fans often there is no point, since they will be many times louder, and trying to passively cool both CPU and GPU will require a massive (and expensive) array of fins… although other people have done it by building their PC case as an entire finned desk, or running the water cooling hose to a huge coil under there house).

If aiming for silence remember you hear dBA as linear increase, but its doubling in pressure ever 3, So two 30 dBA fans are only 33dBA, seemingly 10% more when really double, thus in most cases you can reduce fan RPM and multiply the number to maintain airflow while loosing noise.

All in all I think the most pragmatic solution is a Noctua D14 or D15 cooler, on a 91w part it will be extemely low RPM, while not having maintenance, failure points or leak potentual of a water loop. Honestly if you live anywhere thats not the middle of the woods during the days your background noise level will be high enough you can get away with some big slow noctua fans… especially if you set a custom fan curve, remember the hotter it is the more heat you loose on a given heatsink per airflow, so you can shed a large portion of your noise if you stop trying to get the low temps most people expect from aftermarket heastsinks and let the CPU get a bit warmer.

How hot you go is personal choice, but keep in mind the intel stock heatsink doesn’t melt down consumer socket chips at stock settings (although it IS loud), with pretty much all users that don’t touch anything or care about their systems merrly abusing them till their old enough to be spacejunk without failure.

You can probably kill a lot of your noise by ensuring you have a PSU and GPU thats fanless at typical we browsing\video playback type loads (gaming or rendering is harder, and more often than not worthless). Also if you have no mechanical hard drives or hot running M.2 disks that don’t feature a heatsink (and you don’t want to\can’t add one, such as if its on the back of the motherboard), you can basically ditch case fans altogether on an openish case like the mITX prodody, or is you have the denser packed mATX by running one noctua 200mm with LNA in the bottom.

Just have good case airflow and if you don’t OC the cooler should be fine. If you are really worried, just slap a 5$ Arctic F12 and set it at 30% speed so it’s nice and silent but move some air through the cooler. 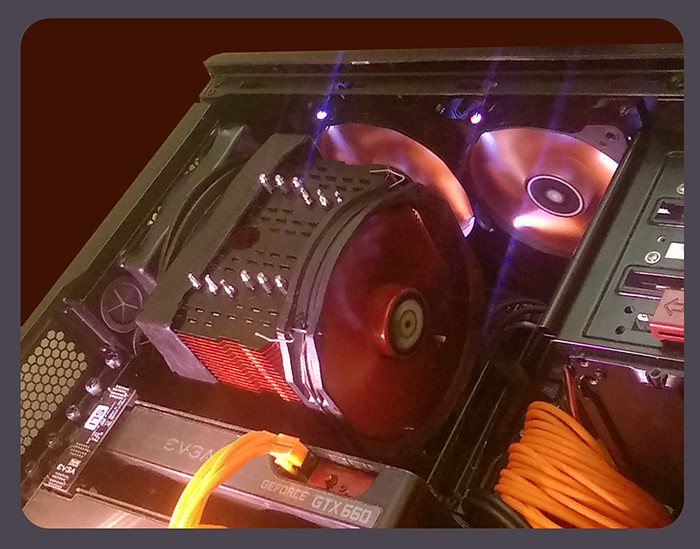 My painted Thermalright Mech Rev. B CPU cooler can be used 4 ways - 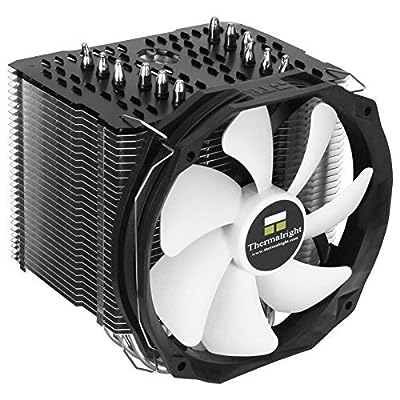 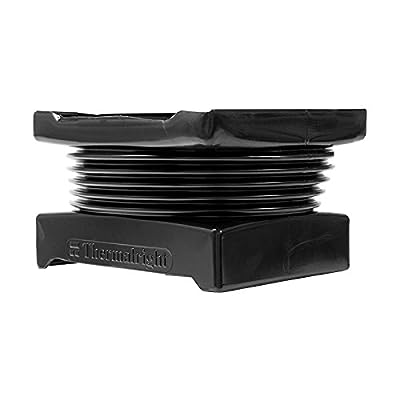 The CPU cooler works really good at holding down the temps and the fans spin so slow it’s almost silent. Plus, Thermalright is not Thermaltake. For a smaller brand, this product is well made and the fan is good too.

There’s a couple of semi-passive CPU coolers out there that won’t turn on the fans unless the temperature hits a certain point. You might want to look around for those.

Parallel question here, but I wondered whether on desktop mobos there is a block on boot if there is no pulse on the sense pin on the cpu header, like on most laptops?

but I wondered whether

Haven’t seen that and even if it should be easy to disable that in UEFI.

I think you’ll be fine with just a new/ less noisy fan and take that saving and get a hybrid cooled 1080ti since you plan to upgrade,
correct me if I’m wrong @DerKrieger but your hybrid is pretty quiet right?

Yup. The Hybrid EVGA cards are pretty damn quiet. Much quieter than my Kraken. 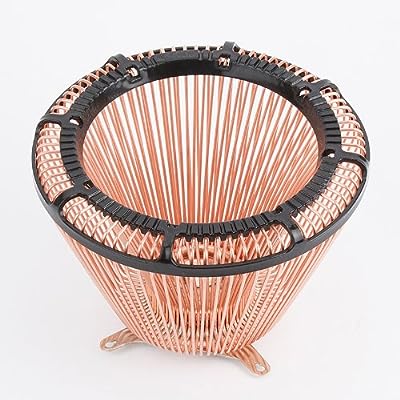 Probably the biggest technical advancement of the last decade in the field of PC cooling has been the invention of the thermal heatpipe. This has allowed a much greater efficiency of heatsink to be de ...

I would go with this over the CR95C, though u mention overclock and that just does not make sense coupled with a fanless cooler, unless you want to get impractical. Which again would be weird in bitfenix prodigy. If i were you, i would rather get a cheap aio 240mm cooler coupled with at least 2 fans running at 600rpm max.

A lot of aio pumps are quite noisy and since @op doesn’t OC and half decent air cooler will suffice as long as it has a good fan.

I don’t get fanless cpu coolers as they just rely on case airflow for heat transfer.