What in your opinion would be the best home Free NAS for the price?

My budget for this build is $300, but I would consider spending more for safety / security / reliability.

Didn’t really see any recent threads for this so please give me some suggestions?

Probably over your budget, but I’ve been looking at Supermicro’s small towers, like this one:
http://www.supermicro.nl/products/chassis/tower/721/SC721TQ-250B 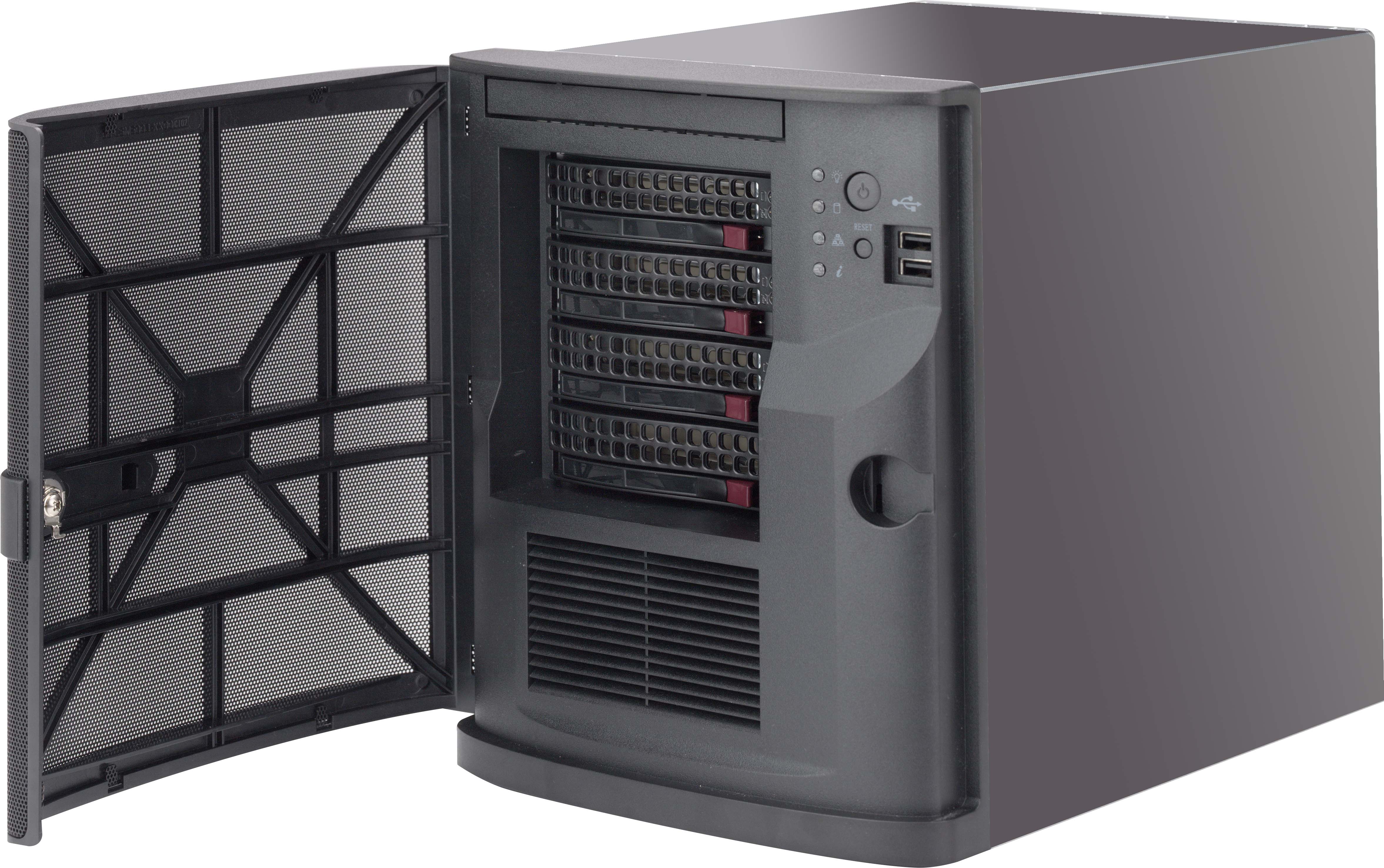 They have some bare-bone servers with real nice mini-itx boards in them, like the new Denverton Atom. NAS and router in one. But tend to be on the expensive side, probably overkill for home use.

Cheaper all-in-one would probably be the HP Proliant Microserver gen 8. The new Gen launched recently, so maybe you can find a gen 8 for cheap on firesale. It is compact, quiet and has dual gigabit lan.

The HP ProLiant MicroServer Gen8 is an extension of their popular MicroServer platform that's been available since 2010. The MicroServer idea is pretty simple, bring enterprise-style server features to SMBs that either don't want or don't need a...


http://louwrentius.com/zfs-performance-on-hp-proliant-microserver-gen8-g1610t.html
I’ve seen it for sale rather cheap. We have some at the office, only thing I don’t like is that only two of the hot-swap bays are SATA-600, the other two are SATA-300.

Now when I’m checking, I’m finding the latest Proliant Microserver for kinda cheap as bare-bone. The model is “HPE ProLiant MicroServer Gen10 Entry” (AMD Opterson X3000). I wonder how easy it is to swap the odd with a sdd.
Edit: Ah, top bay on the Gen 10 is either a DVD-RW or a SATA SSD. Nice.

’ve seen it for sale rather cheap. We have some at the office, only thing I don’t like is that only two of the hot-swap bays are SATA-600, the other two are SATA-300.

This is great! I’ll have to see how many drives I can get off ebay in a big haul so I can stock it up.

What should I do about OS / software? I’m thinking Linux…

We run linux on them. Setting the disk controller into AHCI mode did the trick. I remember getting some power cable adapters to get sata-power to the top slot (for a SSD OS drive), that is intended for a ODD and doesn’t have ordinary sata power. It was solved with off the shelf adapters though, nothing special.

Equipped with high-quality hardware and the revolutionary QTS-Ubuntu dual system architecture, the TS-453A offers a secure private storage and flexible development solution for the era of Internet of ...

No experience with Qnap, dunno what kind of software they run on them. Looks very compact but over 500 bucks sounds like a lot for a Celeron N3150 (4-core Braswell, 2015).

I mean, yes I agree. I can probably find a much better source for this model than Amazon. Speaking of which, I should probably start cruising the L1 classifieds here!

My parents use a QNAP device, I cannot recommend it. If space is not an issue you are better off building your own from mainstream components for the money.

Thanks for the input.

I was honestly thinking of just using this little T1500 and stocking it through a shit load of 2 TB drives and then setting up a raid.

Nothing wrong with that. Many people around here run FreeNAS, though I haven’t personally tried it.

I would love to play a bit with one of those:
http://www.asrockrack.com/general/productdetail.asp?Model=C3758D4I-4L#Specifications 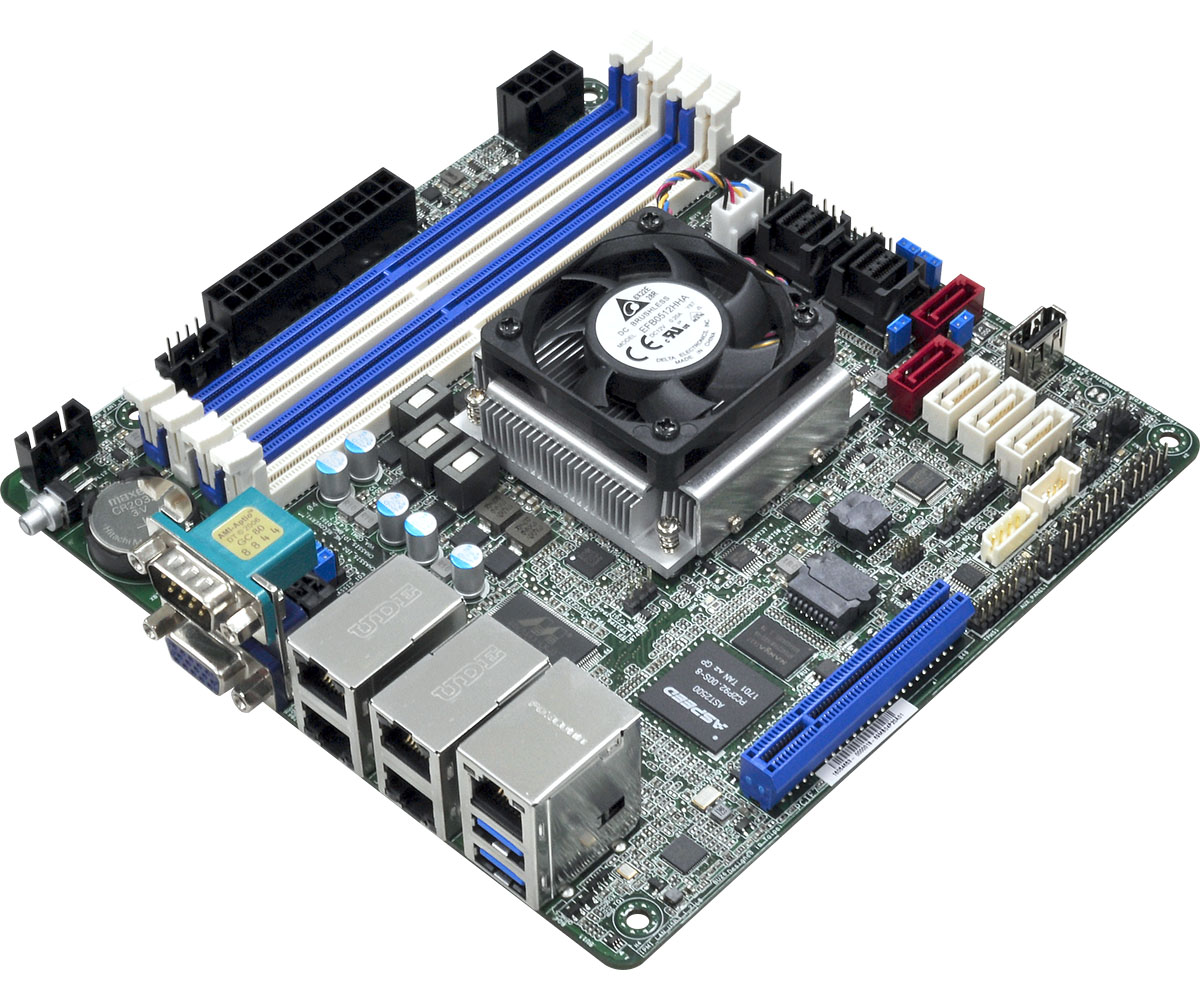 Haven’t found them for sale anywhere close by though. And probably expensive, but still a pretty sweet little low power board for a NAS build. Why not 12 SATA ports?

Talking about Denverton and not so limited budgets: Gigabyte MA10-ST0: 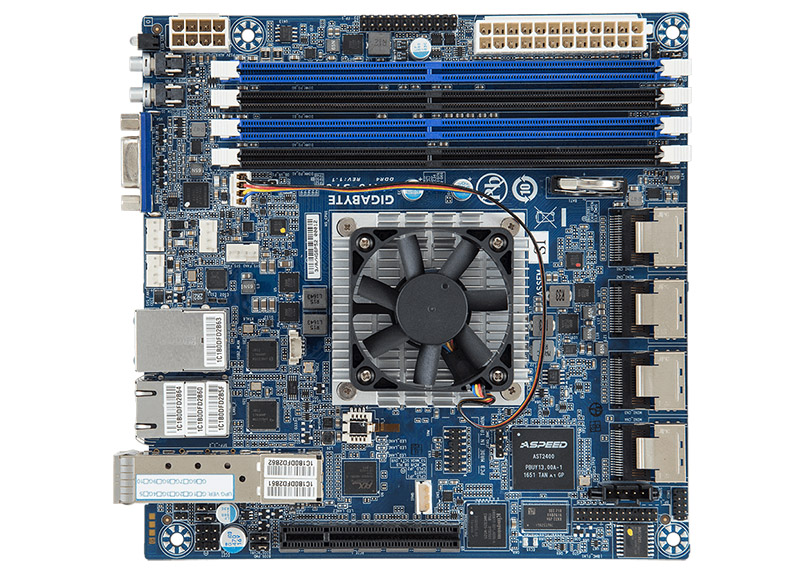 We testing the Gigabyte MA10-ST0 with pfSense 2.4-Release, FreeNAS 11.0-U4, and Linux distributions such as Ubuntu and CentOS for compatibility

we should crowd source this lol

There are all sorts of options. Unfortunately $300 budget is fairly tight.

Here’s a budget build it yourself parts list I just threw together to get the ideas flowing. Its under $300 before buying drives and the case/motherboard and power supply will handle 6 drives and not take up much room if that’s important to you. It also meets the minimum requirements for Free NAS if you are considering that.

You could even get a GPU and do GPU passthrough with this build, but it would likely sacrifice a couple of drives to make room for the GPU.

Thanks for the list, it definitely gives me some ideas.

Find a Gen8 HP micro server as they seem to be the favourite version of them and then you can either install Xpenology or the actual Synology NAS OS which has recently been hacked to install on non-Synology NAS hardware. I’m running an old Core 2 Quad system with that to host files, stream Plex and capture 2 security cameras.

Just to add QNAP and Synology are two of the more popular NAS manufacturers. QNAP tend to be more upgradeable with RAM options but both are good either way there’s just so many models on offer it gets confusing!

There’s some good tutorials on doing this like the one below.

This is an updated tutorial version from the one I made last year. It will enable you to migrate from DSM 5.2 to DSM 6.1.3 directly without the need to up...

Type of offer I can get on the HP Genx servers inthe UK. The Gen8 servers have iLO which is a way to remotely access the server without touching the OS running on it. I use this at work almost daily on 100+ servers

Microserver Cash Back | Servers Plus

Fantastic entry-level servers at an unbelievably low price, now with £50 cash back this month!

Ali-Express or Ebay have tons of good options. For home use hot swap is a little pointless IMO, so I recommend this with any PSU thats cheap, locally compliant and 80+ rated.
https://goo.gl/hoMW4D