Everything is Fractal / Artificial Intelligence Thoughts

I think this is the right place to put this. I read this article from Nautilus a little while ago and it keeps bugging me: https://nautil.us/issue/47/consciousness/is-consciousness-fractal 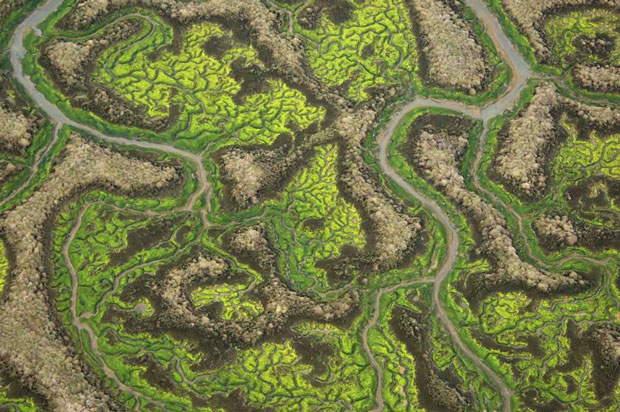 This may seem weird or crazy, idk.

But what do you guys think of the potential applications of trying to make an AI or self-regulating programs more “fractal-like” in nature in the sense they self regulate themselves to walk a line between chaos and order that prioritizes efficiency over complexity?

It could maybe be constantly purging itself of unnecessarily related/duplicate bits of information and constantly replacing data with the most efficient (maybe data pieces with the most potential connections to other pieces) copies of things.

It makes me wonder if we could improve the potential ceiling of programming/computer science by rethinking how information is fundamentally stored. Why not have something that adapts how it layers and interprets information based on the task it receives?

I’m not very well versed with these kinds of fields (I’m better with philosophy and economics) just as a heads up.

I seem to recall having read that filesystems should be design with the storage HW in mind(NTFS for SSDs especially is a rather bad idea but then NTFS is old) which seems reasonable, so a more fractal data/file management system might make sense for a storage medium that would be able to benefit from it. Perhaps DNA based storage might benefit from that. But I’m not the appropriate authority on the subject.

Fractal geometry and Chaos theory are analog logic that is as much an art-form as it is a science. Notably, fractal geometry is not as pretty as classical geometry, because it represents the more humorous and chaotic side of life. Beauty and humor are considered “indivisible complimentary opposites”, yin-yang, or scalar metaphors if you prefer and the Two Faces of Janus reflected in everything. Humorously, what’s missing from this picture becomes a whole lot more compelling once you realize it can substitute for anything, including any loss in efficiency, as yin inevitably transforms into yang and vice versa. What I’m describing is related to both Constructal Theory and the ancient mystical concept of Qi, but yin-yang push-pull dynamics are what all the leading theories imply in modern physics.

It is also what half the world recognizes as the “Mother of All” or “Great Void” from whence all the good things spring forth and, of course, its all good until someone decides otherwise. It means memory architectures are also evolving with the new HBM standard requiring half the memory to do the same amount of work because, again, what’s missing from this picture can make all the difference in the world, and also defines artificial intelligence.

Both humble and elegant simplicity appear to rule the universe suggesting that 42 really is as good an explanation as any other for the meaning of life, the universe, and everything. That also means that AI must suffer the same fate as the rest of us, and we ourselves must decide whether anyone else actually is aware of anything or not.

P.S.- In physics this is related to a new approach used known as “dimension squeezing”. Quantum systems can be more than 100% efficient and “squeezing” them in one dimension or more can produce interesting results including the quantum Zeno effect, where a watched pot of water will never boil so long as it remains entangled. Time itself is evidently not some sort of wind-up toy or mechanical thing that can be boxed and labeled in a universe where 42 is as good an explanation as any other. It also means the laws of physics can be considered to exist by default of the fact that neither a backwards or fated universe makes much humanly comprehensible sense and, therefore, if it were any different there would be no one to debate the issue. Even the brain can be said to embody this principle and possesses the ultimate efficient analog design that, like an abacus, does not distinguish between input and output, past and future, memory and awareness.

That makes fractal geometry and continuum physics indivisible, or context dependent for any demonstrably independent identity. The specific equation, believe it or not, is a multidimensional multifractal equation of a notably classical appearing Fractal Dragon pattern emerging from a more humble Mandelbrot pattern. Sort of a fractal hour glass, blurred and twisted in the middle, but that’s a silhouette of a higher dimensional geometry. The five fold symmetry of the Dragon and four fold symmetry of the Mandelbrot conflate the identity of space and time, symmetry and asymmetry, ensuring what’s missing from this picture always remains interesting, and wonder the beginning of wisdom.