Everyone get your earplugs ready

Not sure if its finalized but with Musk buying Twitter, prepare for screeching on levels not seen since 2016.

As with any great internet migration/exodus there’s gonna be a weird transitionary period and an influx of e-refugees everywhere.

Remember to stay hydrated, wear your antistatic wristbands when working on esd sensitive equipment, all the excess salt going around will suck the moisture out of the air and cause static buildup on all non grounded surfaces.

Is that reeeeaaallly gonna happen though? Or will it just be like 2016 when a buncha people virtue signaled about moving to Canada, and then didn’t?

I mean it’s definitely easier to delete a Twitter account than to move to another country. But where are they going to go instead? Gab? Minds? Parler? All the “extremist” and “right wing” alternatives that have been made due to people being banned from Twitter for wrongthink?

Are all the pundits really going to ditch their audiences and risk torching their careers just because they don’t like free speech and open source?

Do they really care about the “billionaires bad” grift? Because they didn’t seem to have a problem when it was Jack Dorsey in charge.

I doubt it. I’m not an Elon fanboy (though I do love the memes). I don’t like Tesla at all. But I don’t see how anyone with good intentions can honestly say they’re against free speech and transparency.

Edit: Edits due to adding one paragraph at a time lol.

I would imagine, this be a period… when the [silent] majority tells these twits, to shut their hole 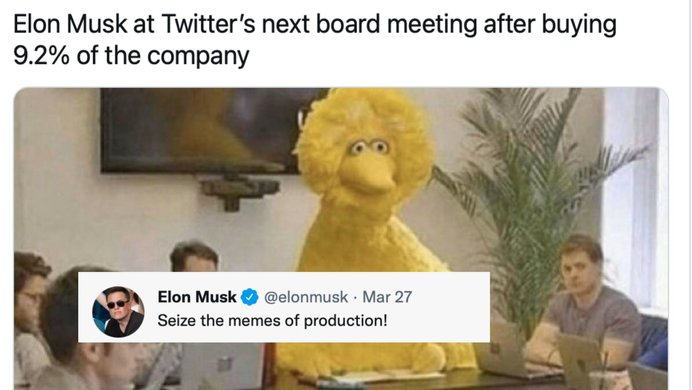 How about do what I do, DON’T use the service

Is that reeeeaaallly gonna happen though?

For the really loud screechy ones, 100% yes.

Mastodon/pleroma has been competently spinning up niche flavored Twitter clone instances with federation for varying degrees of hugboxery for a while now.

Tesla is kind of a meme and the qc from what I’ve heard is a bit iffy.

Im no fanboy, but hilarity will ensue.

I don’t but i will gladly chuckle as the militant thought police flee and clean the site much like a toilet bowl empties its contents when the handle is depressed, leaving behind only clean water

Ah yes, and I wonder if handles like I Hate Tesla or I Hate Space X will be banned on twitter too

yep i can see a lot of self styled victims and self diagnosed mentally ill people getting upset.
they will become the news for the likes of cnn and msn.

headlines like musk promoting anti trans/gay/black hate and shite like that.
basically label him and twitter a platform of hate now they no longer influence it.

to be honest though…
i hope elon just takes the route of, if you act like an asshole your out.
regardless of your political views regardless of team, ban em all equally.

coz if he tries to make it uncensored and bans no-one coz free speech y’all.
the media will drag and gasslight him and his users.

Mastodon on trending yesterday and this time it was from the screeching minority from the other end of the horseshoe. So I guess this is a plus? Even if they normally come back after a few weeks good open source federated awareness is always a plus.

OOOOHH- What if, and this a bigg IF, Elon creates a mod-bot to respond 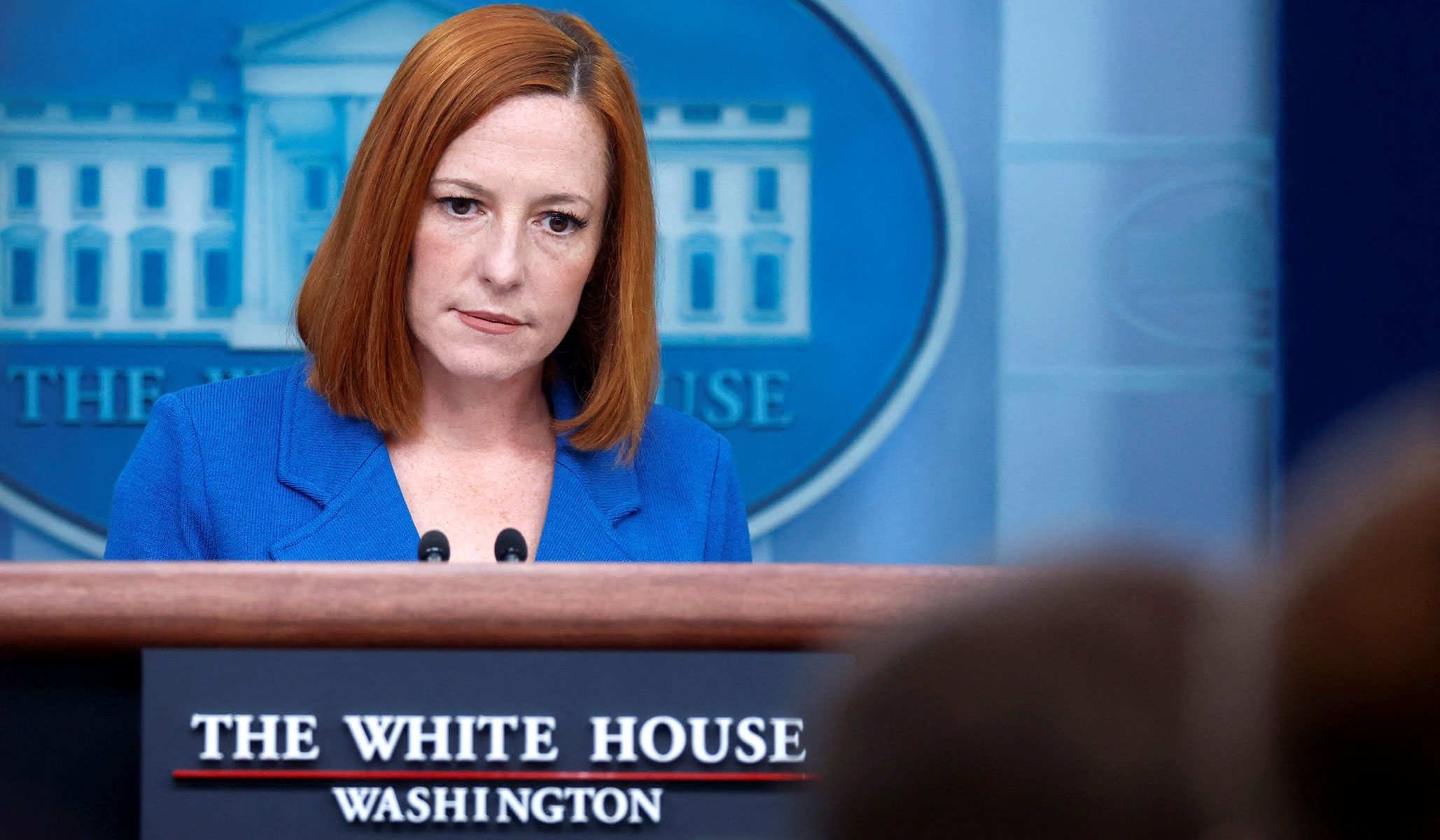 Psaki’s comments came after Twitter announced on Monday that it had accepted the Tesla CEO’s offer to buy the company.

Psaki went on to say that Biden has been a “strong supporter of fundamental reforms to achieve that goal,” including reforms to Section 230, the law that protects social media companies from being legally liable for the content their users post.

While the platforms do their fair share in eating babies, the users are very much to blame for not switching their brain on before hitting send.

not always mate.
like i said in another thread i got banned of twitter for a joke.

after 2 unrelated warnings and suspensions in a month.

the 3rd strike came when at xmas ari shaffire made a tweet saying, “i hope everyone gets food poisoning from undercooked turkeys. merry xmas!.”

i hope you get ghonareea, not the good kind you get in a massage parlour.
but the kind you get from jerking off a koala. (i actually meant Chlamydia)

oh ari’s jewish? so i guess because thats it?

some of us were banned for jokes mate.

In my honest opinions, social media that serves as a “broadcast to everyone” is bad for society as a whole.
It is a giant slot machine, pull the lever and see if the next post is aggravating enough to get upset. The fast responses social media requires to take part in the electric roulette promotes being ignorant to context, fundamental concepts of ethics and physics.

Just one outrage after the other, because being angry is fun to monkey brain! 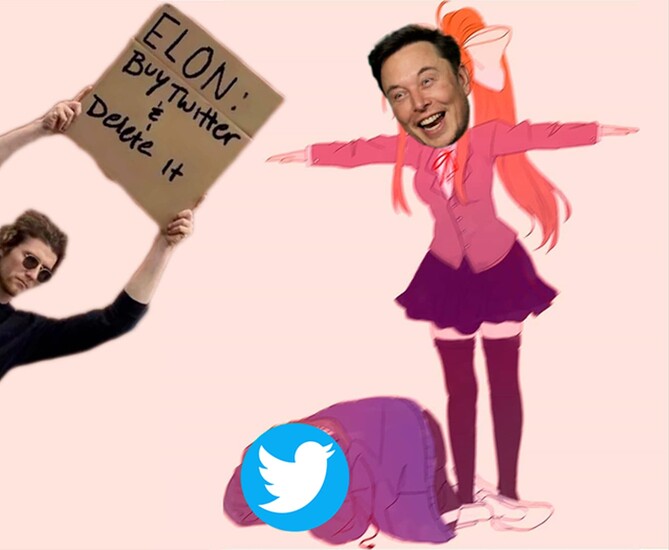 This is an interesting, but not unsurprising turn.

Its like when you hold your phone at the right angle and see that subtle but definite crack.

Now that Twitter has changed hands the disinformation and manipulation that has always been there is suddenly cause for concern.

Im torn. On one hand: ban everyone, nuke the servers from orbit, DMCA any archives and pretend the whole thing never existed as it was a silly place much like camelot. shred the backups and use the material to make a murdercube-esque moment to remind us that letting people on the internet without an iq test/psych eval is a bad idea.

Or keep it up, unban everyone, encourage and embrace der sheisseposten philosophy ala 4chan and let everyone offended find the door on their own.

Twitter is/should not be considered a valid news source (or anything on the internet for that matter) without independent verification. Threatening section 230 to me shows that Twitter was an effective propaganda/disinfo tool and now that a potential wrong thinker is at the helm it needs to be dealt with.

230 is required for user interaction on the internet, without it, the internet become a unidirectional propaganda distribution system.

The internet is awesome, it has made a lot of cool things possible… But clearly there are people that probably shouldn’t have the world at their fingertips.

Wonder if he’ll be brought back in with Twitter going private? I got the feeling that he felt it was sort of a frankensteins monster getting out of hand and he couldn’t wrangle things with the shareholders in then way.

side note, anyone else getting optimistic/hopeful vibes out of jack?

Jack is a nice guy. Some activist who got banned by the powers of be stormed a Bitcoin conference he was in last year and he publicly apologized. He then proceeded to explain how most of the pressure to censor people came from advertisers.

I think the Myspace era was still the best, where everyone basically just had their own personalized profile and mostly only interacted with their own friends.

Now, everything is made to drive traffic to sell ads, which means the “broadcast to everyone” format isn’t going away. If section 230 is altered it will be to crack down further so they can have total control over the narrative, not to promote freedom. The establishment is scared shitless of open conversation. Right now in regards to the US that happens to be Democrats and the “progressive” agenda. But really it applies to any party. The goal should be openness, that way regular people can call out misinformation from anyone, not just “misinformation” according to whatever party is in power.