this is the kinda stuff the a happens in EvE.
EvE has a repuation that it actually deserves: it is a very brutal game, but it has more depth than any other MMO.
for instance, it is probably the only game where you can have thousands of players involved in one battle:

now, it's a sandbox game to the extreme, to the point that scamming is actually legal with most things, and the training of new players ins laregly left ot other players, so much so, that there exist entire corporations (guilds) dedicated to teaching newbros.

The only thing I find entertaining is the serverkilling wars the players have that are streamed on twitch when they happen and this video.

lol, ccp actually has a pretty elegant solution to that... they actually slow down the game on a node when it becomes overloaded. gives them more time to process everything

I LOVED this game when I first tried it. Alas, that was before I had a full time job and full time school. Now I just don't have the time to put into it. I'm starting to find that with pretty much all MMO's.

yeah, that'll do it. you can always come back. that's the great thing about eve.

bahahaha.... it's sooo true... and yet EVE was so addicting!

I can't believe I've never seen that video before!

my old addiction.
started in 7-23-2003
ended in 2011 with atleast 4 accounts.
just finally couldn't play it anymore.
friends tried to get me back in.
but there really hasn't been anything that interests me anymore with it.

they're really changing stuff up. changed how sov works, replacing outposts and posses...
N3 broke up, nulli and kadeshi are dea, and BL is mostly dead. PL dropped most of their sov, TEST is moving somewhere... 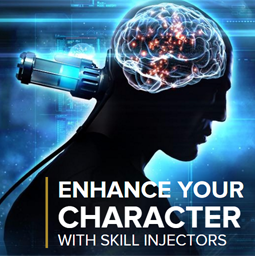 there's a method to their madness... they're slowly trying to phase out the character bazzar. it's too much trouble.

That first video was so scripted. lol

Why don't you like skill injectors? Tbh I have a zillion sp, sp only go so far, pilot skill > sp

takes away the idea of "earning" your character which was the appeal of eve to me, now you can just get them all up to whatever sp you want without actually waiting

the skill injectors come from other players, who extract SP. you could just as easily buy a char through the bazzar.
hell, i'll probs buy an injector or two to train a new freighter pilot for myself, so my current one can become my rorqual/cap pilot

Fair enough, the draw of eve for me was always shooting spaceships with my spaceships, I always thought the sp system was arbitrary

Trust me... as any EVE player can tell you. It doesn't matter how expensive your ship is if you don't know how to fly it.
Popping noobs who fly over what they can afford is the experienced pilot's favorite thing to do.

You can fit a badass expensive faction ship and still get ganked by an experienced pilot in a noob ship.

i dunno that i'd go that far... i don't think a noobship can break the natural rep of a faction BS... but your point is correct, overall.

Eve is a great game for sure. I played the beta a bit then heavily from 2004>2007. I don't really have the interest to put the time into an MMO anymore, but if I did it would be Eve.