This is a companion discussion topic for the original entry at https://level1techs.com/video/epiphan-avio-4k-video-capture
4 Likes
Planning for a Linux PCI passthrough build, need some advice
wendell February 17, 2017, 5:12pm #2 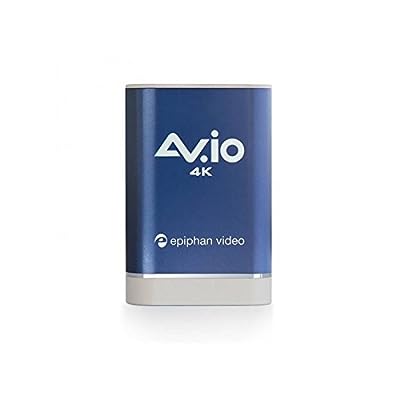 Capture 4K video in perfect fidelity, or use hardware scaling to meet your application needs at any resolution.

Nice review. 4K 60fps capture is insane and the price seems really low for that.
When I look at all the elgato and whatever game capture things that are not that much cheaper and only work with their own software.... this seems to be a much better choice. Invest in hardware, not software.

I am trying to sort that rad in the vid :) Some kind of scaling thing or a rad i am not familiar with ?

I'm considering buying one of these though after university when i'll have more time and money to build my own setup. Plus I guess that waiting gives me time to see how good it runs on the long run.

I'm wondering whether there are any cheaper alternatives when it comes to capture device working on Linux. There is quite a bit of selection on Windows, but when I've been searching something basic, something I could start with on Linux it was nigh impossible to find.

The Magewell USB ones can do the trick.
They are a bit cheaper but won't do 4K.
1080p 60fps is running fine though.

Keep in mind that these devices have the encoding stuff built in. They are not relying on CPU.
Devices like that are always more expensive than a "dumb" capture card.

Seems like everyone is using these. Linus has had them for WAN show for a few months.

I like that it's a Canadian company based out of Ottawa. Don't see that too often.

Does anyone know if this supports [email protected]?

Pcie capture can generally do that if it's a 4k capture

Sorry for the necro bump.

Thoroughly impressed by the build quality from the video I saw on EEVblog of the internals. I may just get one for a 1080p60 capture solution. https://youtu.be/pMqn2o55BmM?t=18m42s

Also, this B&H item would definitely work to solve the amperage issues assuming the Genesys hub in the Surface Book cooperates.: