This summer vacation I went to Norway for 3,5 weeks (as always, because my girlfriend lives there).

And while I was there I discovered and traveled a lot with her. I came to know that the guitar player from the Norwegian band Enslaved is actually the ex-boyfriend of her cousin! They are still good friends and such but they simply don't have a relationship anymore.

So in the end of the vacation we spent one whole week traveling along the western part of Norway(Bergen, Måløy and stuff like that).
First we went to Bergen, we arrived there with the plane on this small airport within the seven mountains of Bergen.
Really tiny but it does the job!

Then we drove to one other cousin of her, she lives in a very nice and old appartment in the suburbs of Bergen.
Later that night we went to this "metal cafe" called "Garage", it is one of the most famous/well known metal-cafe's in Bergen. Several Norwegian (black)metal artists tend to come there very often.
In that same cafe we met up with the actual cousin(which is the ex-girlfriend of the guitarist of Enslaved, Arve Isdal).

And what surprised me the most is that 5 minutes after we arrived there the vocalist and co-founder of Enslaved entered the building, it was Grutle Kjellson!
I was extremely excited to see someone like him, but I am very shy by nature so I didn't had the guts to walk up to him and say hi. That is also because he is the doorman of the Garage-cafe and he is pretty buffed and looks kind of intimidating, and those words come from a 2 meter tall guy!

So my girlfriend walked up to him and spoke a little, then she called me and so I met him.
He is a very kind, adolescent and intelligent man, I kind of look up to him to be honest!

Anyways, to cut the crap right here: I got a picture of the man and myself! :D 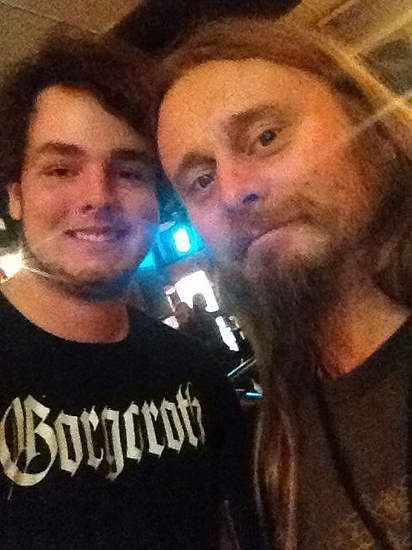 Later that night I walked into Ghaal, the founder and vocalist of the band Gorgoroth!

Didn't got a picture of him tho(bummer!)

Anyways, small piece of my vacation so far :)

Just wanted to share this with the metal thread, hope you liked it! 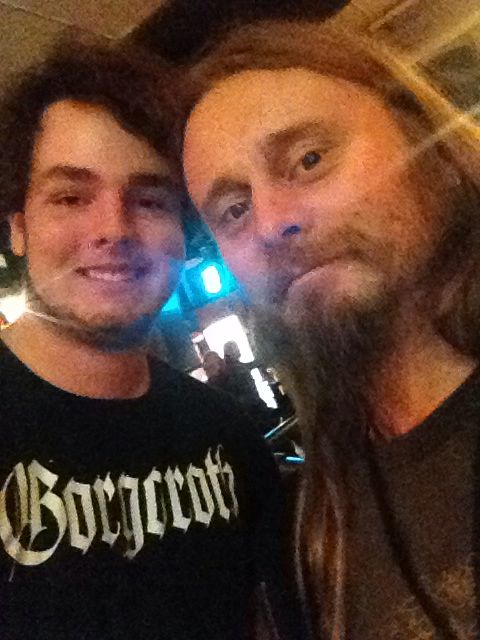 Thanks for the picture .NeOZeN. !

Can you send me the right tag in a PM/DM or something?

Use the address in the Markdown Link or the HTML Image link on Imgur. It needs to be the full address with the file type (.png, .jpg etc). So for your post I used the second link http://i.imgur.com/8nYknoK.jpg and added it with the Insert/Edit Image tool in the comment box.

Thanks for the tip!

*EDIT* Now I know how the picture link works, small icon in the upper edit area. Thanks again!

I butchered the method as I've totally forgotten how to actually code in HTML!