I was going through the "pc guts" thread and I really wanted to post a pic of mine but I was too embarrassed to since I had sort of cheaped out  on the cooler. I chose the black twister because it fit with the rest of the components except for that damn led fan and not wanting to fork over anymore cash I gabbed my 30 watt soldering iron and went to town. 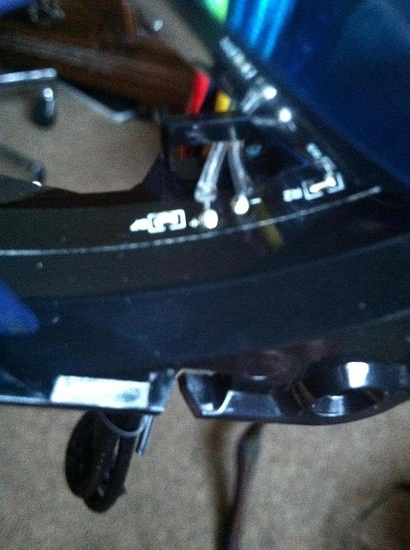 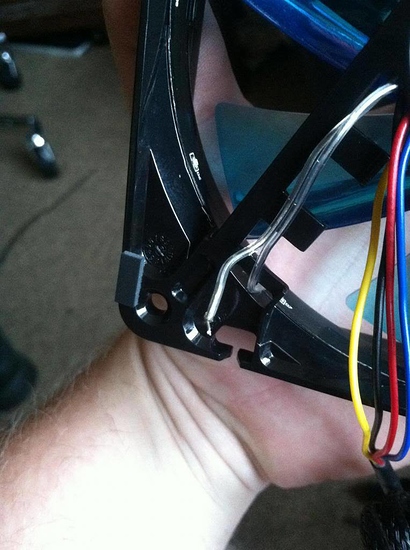 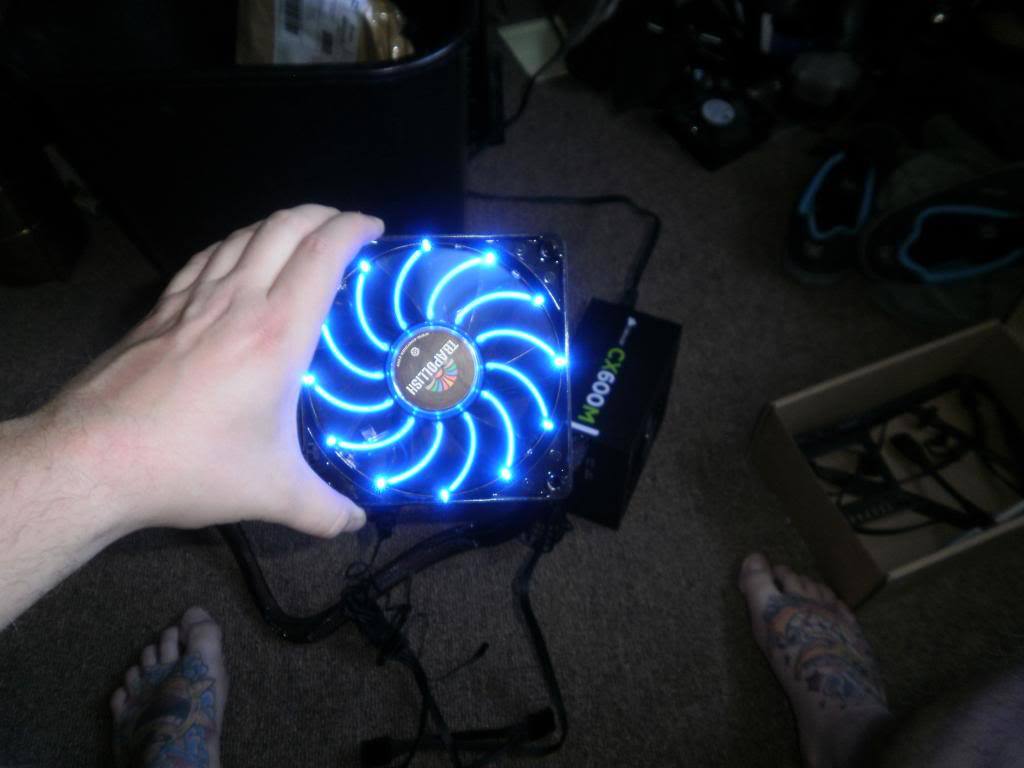 After, It still works! 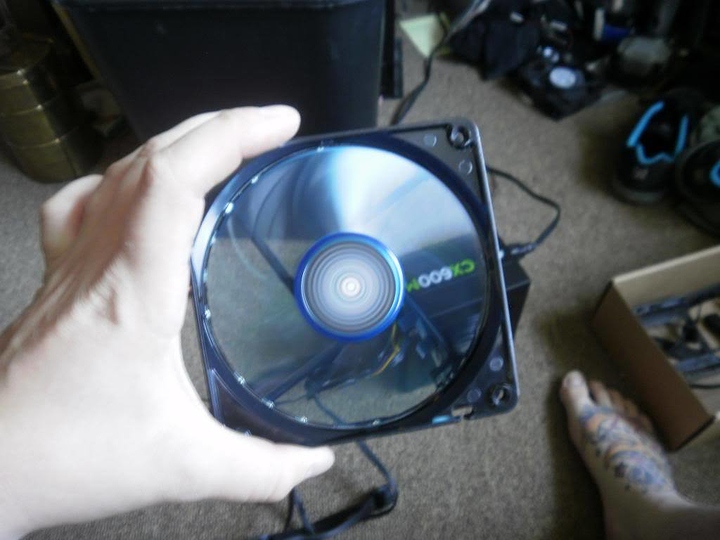 Added a switch to disconnect the ground for the leds 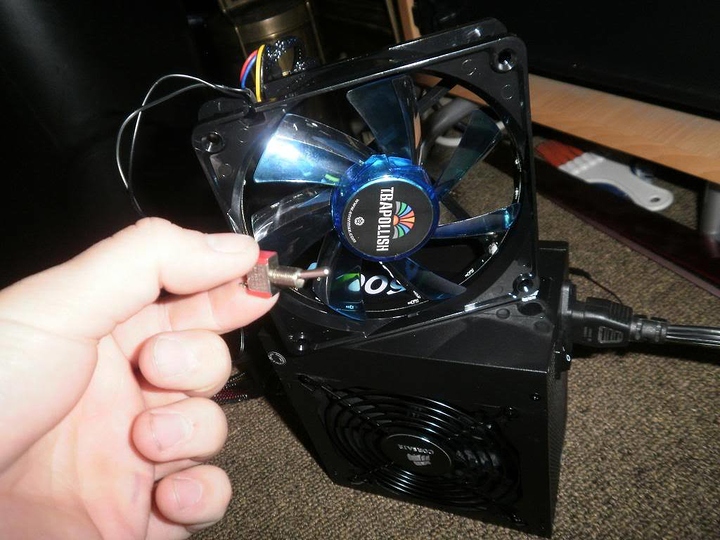 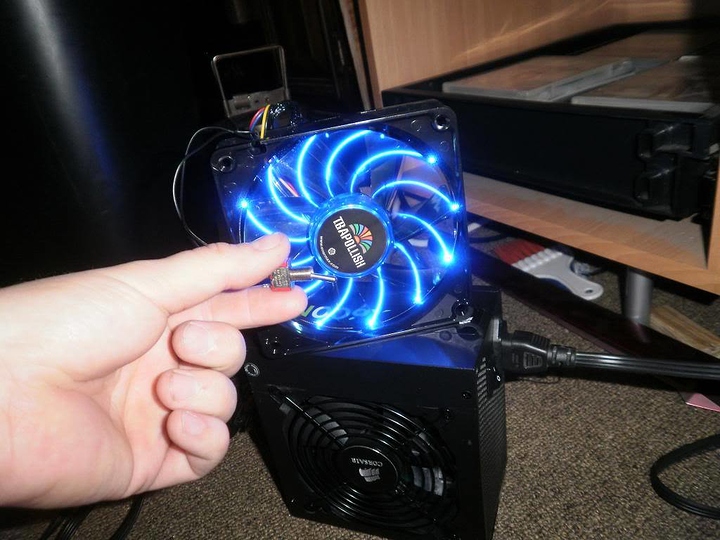 It confuses me that a black cooler would have chrome mounting hardware, so that had to be fixed. I went with rustoleum camo coyote tan to match my sabertooth 990fx

Time to clean up the old tp

my weapon of choice, gun cleaning patches and alcohol! Absolutely no lint from these things

It was an absolute pain in the ass to center the bracket for this cooler thanks to the massive hole left from the stock mount and no provisions from enermax to deal with this sort of thing but the colors match pretty well so there is that win.