Enders Game Coming to theaters near you 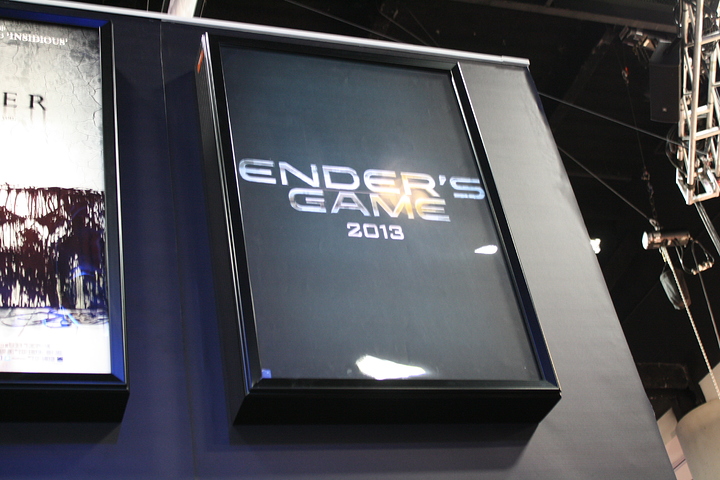 enders-game.jpg2816x1880 1.87 MB
I dont know if this is old news to anyone, But i just found that Enders game is being made into a movie.

From what i can see, the cast looks good. And i hope that the feeling i get from reading the book is Just the same by watching the movie.

i wish i could pre-order my tickets now!

I hope to god they don't mess this up...

Nice, I loved that book!

They already fuqed it up. They added a small love story and made the kids too old.

I'll still watch it because I love the story. Even though Orson Scott Card went back and changed it a couple of times now. He also is releasing trash novels. I think it is my fault. I keep reading them. /Sigh

There have actually been talks about a movie version for a long time. It's only just recently that Orson Scott Card has approved a script/cast. Ender's Game is my favorite book/series ever. I will be extremely miffed if this movie turns out to be bollocks. Hopefully since Card has had some creative input and control it will turn out to be decent.

The older kid thing is actually understandable, as anyone who hasn't read the book might get confused with the actions of such a young child and might not be able to take him as seriously as they should. Also, getting very young actors to play all the roles might be hard, as all of them would have to act very mature, which might be difficult. So I'll forgive the slightly older actors, but in my mind I'll know how old they really are. After all, it's the story that matters...