End of a phone

My LG G3 just had its screen burn out for whatever reason. It lasted a good 2.5 years and I need a new phone.

What phones do you recommend me? Thanks.

Do you want root? Good Battery? Fast Performance? Bleeding Edge features? We need something to go off of

OnePlus 3T is my suggestion, but some more info on what you want would help.

OnePlus 3 has been catching my eyes recently.

It's definitely a good deal, but I believe you would be limited to Tmobile or AT&T. Definitely look into that when you do your research on it.

Yeah, I am stuck with a plan in AT&T.

NOT the Asus Zenfone 2.

There's a common issue (which I am personally experiencing right now) in which the display controller starts to act really funky when showing any dark images in the top quarter of the display, or else the rest of the display is fucked.

Not only that, but battery life is ass, video quality is ass, updates are far and few between, and the phone is just overall ass.

I've convinced a couple of my friends and family to get G4's and they really loved them. Might wanna try it out, beacuse they can be had for really cheap now-a-days (like less than 400CAD), and is still an overall good phone.

I am currently using an LG G stylo, and sure it is a low end smart phone, but good lord does it have battery life.

i have been using LG smartphones for most of the time, because their budget range has treated me well over the years, and their higher end stuff is even better. I'd say pick up either a Oneplus or an LG if you want a solid device to last you a while. Samsung's devices seem too delicate for me. 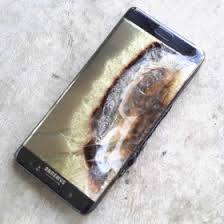 Blu energy xl is pretty great. And you can get a fresh out of the box Note 4 for under 300 which you can do anything with.

I have the normal OnePlus 3.
Never been happier with a phone so far.
Best 400$ ever spent.