After reading this BBC article, I would be interested in hearing the teks opinion on this. 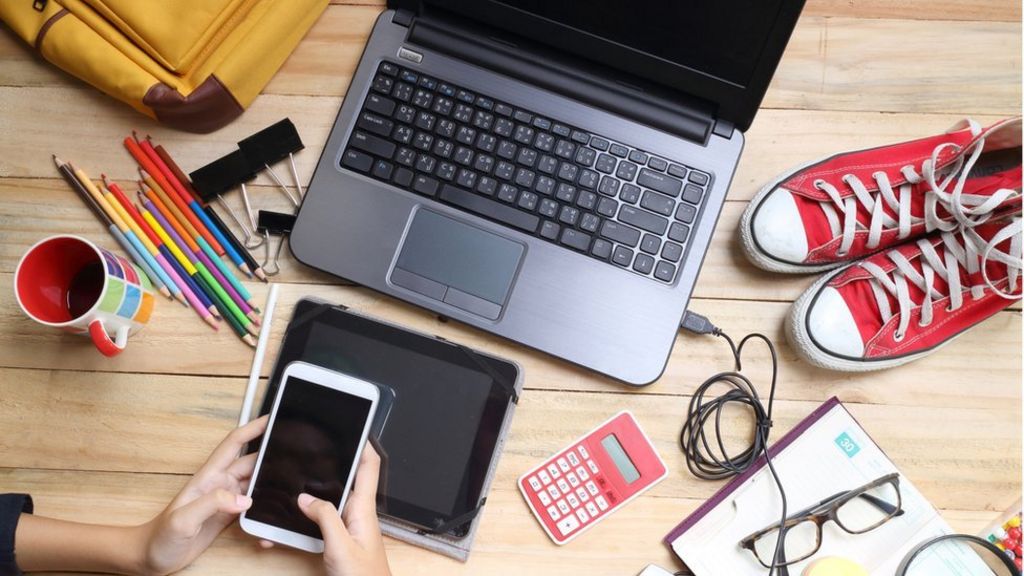 Investing heavily in school computers and classroom technology does not improve pupils' performance, according to a global study from the OECD.

Not sure if inbox is needed or just mention in news round up on weekly tek.

I feel like it depends on the student. Most kids don't have any real experience with computers. Investing in tech will only really help the people like us that love computers and tech in general. Whereas people (Like my siblings) just use it as a tool for entertainment and nothing else. Whereas I not only watch netflix I also code, learn and use computers to what I feel like is their full advantage.

So its only going to help the people that use more than a browser and possibly steam.

I could see their point.

You have to understand, for most people having everything in one place is NOT productive.. So when it comes to technology. It's NOT productive to have a computer, that is ALSO your entertainment device, ALSO your work device. some if not most people can not study when a click away is YouTube or your games. you need to separate your work and play. Now of course this doesn't apply to everyone. some people have their Main PCs that they use for work and play myself included. but it's good to have a laptop or tablet STRICTLY for work.

If you're going to study it's best to stay as far away from your distractions. study outside your home or go to your backyard and find a place to concentrate. (If you have a backyard)

Most kids don't have any real experience with computers.

I disagree with this, most kids have a LOT of experience with computers, most if not all of these kids now-a-days have phones. and they know how to use it. but i don't think they want to focus their future on technology and that's what the tech community needs to understand, technology is very important for the future, but not everyone likes that. just like science is important, but not everyone enjoys science.

the real issue overall though is, people need to separate their work and play. to be blunt, "Don't Eat, Where You Shit".

Alright, I am going to go on a bit of a rant.

From my experience, the education system (at least in the US) is fucking stupid. Pretty much every aspect of it could be improved. As someone who wanted to do well, I often found myself fighting against the system instead of working with it. That should give you a little context as to my opinions on this particular matter.

Now, incorporating technology into the curriculum is very very important. Right now, I am attending a university, have a minor in Computer Science, and have many friends who are CS majors. There is a shortage of people in the computer science field. When you graduate with a CS degree, finding a job is not an issue. People look for you (from what alumni have told me). Getting work is really easy because there just aren't enough coders in the world right now. The reason for this (imo) is that we don't have it in our education system. From my experience with computer science (ie coding) in a university setting, this stuff could be taught to kids, easily. There is a reason that we hear about "genius teenage hackers" and shit like that. It isn't that hard to pick up, if you devote the time to it. Comparatively, the amount of time that I have devoted to math is fucking stupid. I will never need to know trig or calc or calc 2 in the real world, but I had to learn all of them at some point. Meanwhile, coding is an actually important thing to know. Not just for practical things, but for a general understanding of the way that computers and programs work. People think that computers are magic and that coders are magicians. That needs to stop.

Now, I am not saying that we don't need to teach kids math or anything like that. I think that it is very important for everyone to have a broad base of understanding in order to function as productive members of society and be able to have informed opinions about things. The last thing that we need is an even less informed citizenry. That is exactly why I want people to learn about computers. They are very important to our way of life right now and will only continue to grow in importance as time goes on. This stuff needs to be incorporated early and effectively, just like every other subject. You wouldn't expect a doctor to only start learning about biology once they get to college. And you shouldn't want anyone to think that computers are magic.

Back to the article. I have been a part of classes that tried to incorporate technology into classrooms. However, their idea of incorporating technology was to give us an ipad and then try to make it relevant to the class that we were using it in. Don't give someone a calculator for a history class. Don't give them an ipad for something that isn't a computer related class. An ipad could be very important for learning to code apps and whatnot. Learning iOS and what have you. Incorporating it effectively like that would make sense and would likely help to get people more involved. Throwing a mac at a student and then trying to get them to use it for all of their random classes........ That doesn't really help much of anything. Like I was saying at the beginning, the education system is fucking stupid. It is like they had a glimpse of a good idea and then had to guess at what it was. What they come up with is this nonsense of tossing ipads at students for no good reason.

I just feel like if I say something more than something directly in front of you they go blank. My cousin had a massive amount of malware on his computer to the point where at idle it was running at 100% He loves to play and do stuff on his phone but the instant I show him a task manager he becomes disinterested. He understands how to force a program to shut down but that is the extent of his knowledge. He doesn't want to know more. There is a big difference between knowing how to operate basic computer functions and having experience.

And how young is he? Cause you do know it's required in every single school in America that every student takes a computer course. Especially in this day in age where computers are WIDELY available.

I work at a small elementary school as the Tech Coordinator. This is literally my job to get tech in the hands of the students and the teachers. I can reassure you that from my first hand experience it absolutely DOES make a difference. But technology is a specialized tool-- if you don't know how to use it, it's useless. Giving an iPad to a kid and not knowing how to utilize it for instruction is like giving construction equipment to a 6 year old.Hes gonna do more damage than good. But show him how to use it over the course of his/her time in the school and he can build you a fucking house.

He is in high school. Computer courses are nothing more than learning how to use a spreadsheet from what I learned. And even then (How I can never understand) most people failed the tests when they asked you how to do an IF statement.

And even then (How I can never understand) most people failed the tests when they asked you how to do an IF statement.

Thanks for chiming in, I was quite shocked when I first read the article.

I wonder if the school/education authority are happy to invest in the technology but then struggle to make the most of the new resource available to them.

@NicKF It's great to hear from your side of it, I hoped that any extra technology would help in the classroom. I feel that your role is crucial, making the technology help the teachers and pupils. Your are in a excellent position to inspire future generations, best of luck.

Investing heavily in school computers and classroom technology does not improve pupils' performance, according to a global study from the OECD.

Who thought learning (general school work) on a tech device is any different that learning on paper??? WTF did they expect? All you're doing is changing the medium. Sure you could add in an extra features (such as feedback learning) but how much of an affect will that have? I'd assume it would vary greatly between students (maybe helping very strong students a bit more).

But that doesn't mean it doesn't have positives. Less paper, update learning material on the fly saving millions on wasted resources.

And it certainly will make a positive impact on learning about technology aspects of school work (programming/comp sci) but I can't believe they expected their kids to start learning at a much greater rate because of this.