I playing with Valtage and FSB and i get this 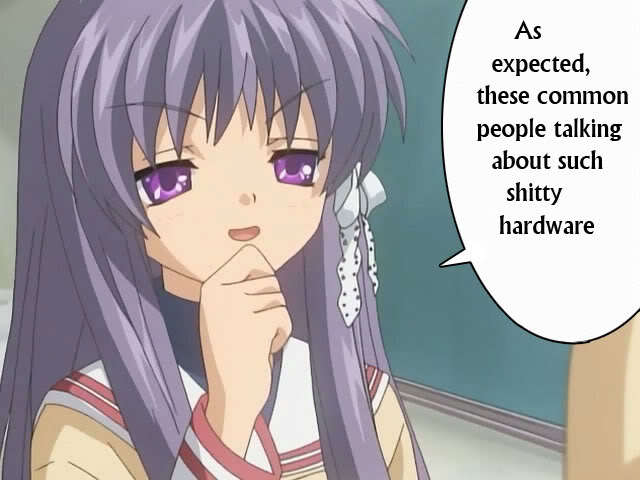 Nice clocks tho.. turn up the fan speeds. ( The one saying 1)

what are the temps at max load?

As expected, these common people talking about shitty hardware.

i dont know for what he come here and do bad coment... =S what do u think u are boy? are u bored?

i just post that co'z i dont know much about oc and i want coments about that i do for learn more, no read ur stupid comment...

do not feed the troll

Wow, I'm not sure if he knows he's trolled or not.